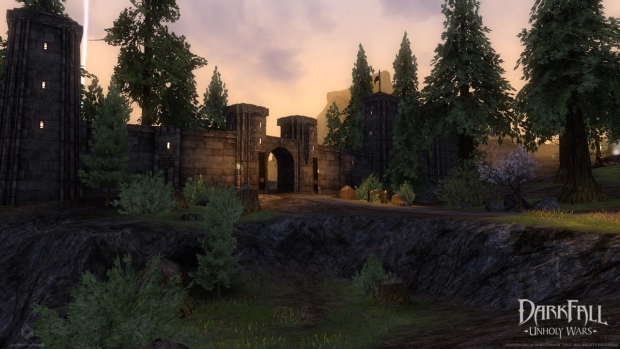 In our upcoming patch, Darkfall Unholy Wars takes a massive step towards the endgame via exciting new territory-control features, as we refocus on our sandbox PvP and massive-battles heritage.

Check out the new video and find out how territory control is changing the face of the game.

Territory ownership taps into Darkfall Unholy Wars’ strategic and political potential and will be the driving force of massive battles to gain control over highly contested areas. These sandbox features are based on the implementation of large, complex, scalable systems we will continuously expand on. Your feedback on the territory ownership features is extremely valuable to us and we are committed to reacting swiftly to your reports to make any necessary adjustments and improvements.

Following are the update’s highlights:

Essentially, this is the basis of the whole territory control system. All control points that can be captured (holdings, villages and sea fortresses) have an area attached to them and the clan that owns the control point is considered the owner of the area of influence around it as well. On its own, this system offers a visual element to the map so that anyone can have an overview of what and how many territories are owned by which clans. Its true potential lies in the features that are tied to it. 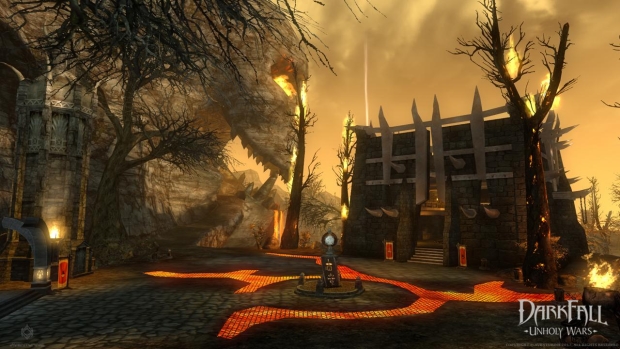 Each area offers a set of buffs to clan members and allies of the owning clan, who operate within the area of influence. These buffs have to do with prowess generation rates, rare item drop chances from harvesting and monster-killing as well as gold generation. These buffs stack in the case of connected areas, so expanding your territory by conquering neighboring ones will yield the best results.

A form of taxation on generated resources in a clan’s area of influence is another feature that next week’s patch brings. . Resources generated in an area will also fill up the levy collector of that area. While this is a taxation mechanic conceptually, no resources are actually deprived from the harvester or monster-killer. Instead, there is a chance for extra resources to be generated and placed in the levy collector inventory. Normal harvesting and monster-killing, as well as village requisitioning are actions that generate these extra resources at this point. While filling up, the collector cannot be interacted with by anyone. It’s important to note here that while the Levy collector building is close to a clan holding (cities and hamlets), it does not technically belong to it. Because of this it cannot be damaged and it does not need to be built like other clan buildings. Once it is full with resources, the structure becomes available for requisitioning. The requisitioning mechanic is exactly the same as the one that is used for villages. The same rules apply and you will still need a requisitioning gauntlet as well as globules of greed. The fill progress of all levy collectors is displayed on the map for all to see but since it is player activity based, there is no timer. 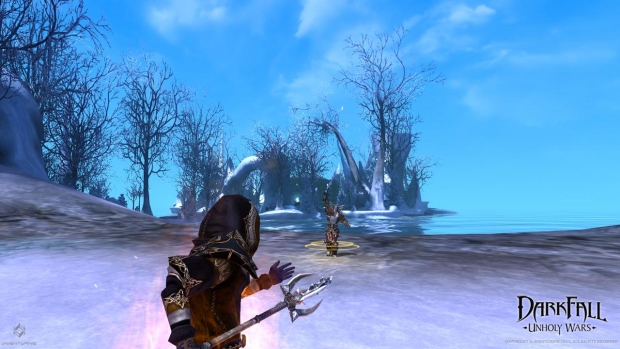 We have also shared images of the new feat window. Redesigning this element is part of an ongoing process of improving our GUI elements with availability of information and intuitiveness in mind. Additionally we are introducing a first round of PvE repeatable feats to serve as daily and weekly goals for players of all experience levels.

Additionally, this patch features some loot adjustments for some of our top tier monsters, new masks and various bug fixes and tweaks.