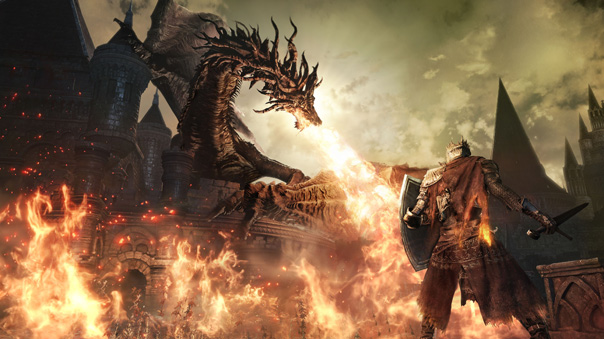 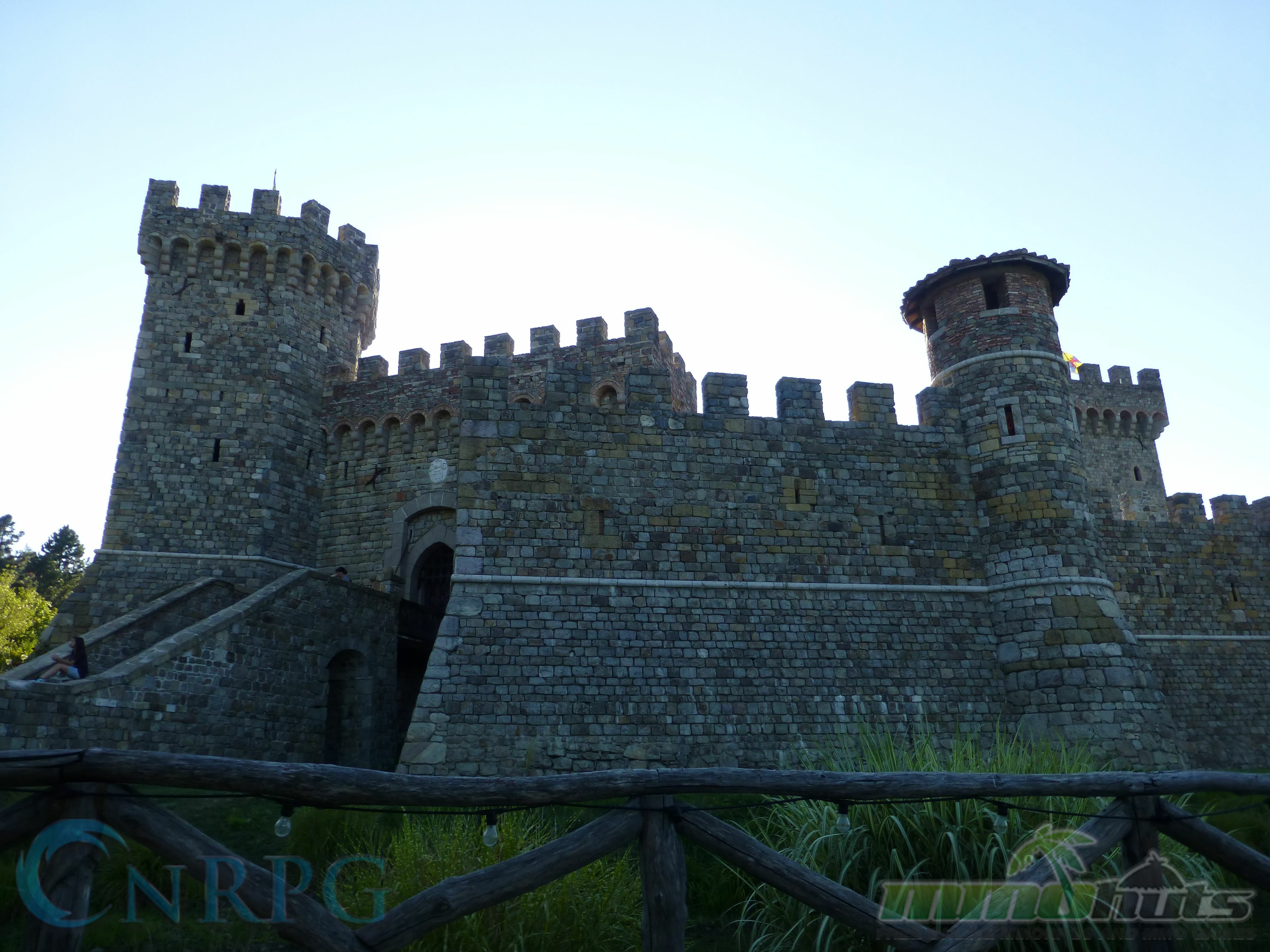 Make The Sun Yours

Last week Bandai Namco invited me out to one of the more beautiful parts of California: The Napa Valley. I was one of the many press, Youtube stars, and streaming sensations invited to wine, feast, and fight to prepare for the first Dark Souls III hands-on demo. You best believe the sun was praised (thank you sun, for your gloriously incandescent 102°F weather) because it was a great time.

The demo we played strongly resembled what was shown behind closed doors at E3 a couple of months ago, and a couple tiny bits from the announcement trailer appear in it as well.

Atop the crumbling Wall of Lodeleth I began with a familiar set of plate mail armor, a straight sword and shield, and a stock of Estus Flasks. Without any friendly faces to assist me, I was on my own. Down and to the right were two seemingly dead-end corridors populated by the resident undead soldiers, archers, and attack dogs. Down and to the left lay a withering dragon and docile, praying hollows. Once, one of these praying hollowed transformed into a large, black, aggressive gelatinous slime with thick tentacles that whipped around wildly. Beyond the deceased dragon were twisted multi-level towers branching off into small courtyards and other wall tops with yet more undead and hollowed. In the most inconvenient of locations lurked what appeared to be patrolling Balder Knights whom would repeatedly stagger and destroy all who opposed them.

Above a parallel set of walls rested a live dragon, breathing fire into corridors toward wherever it detected movement. Down below, in a large courtyard where all the paths eventually converged, stood a pair of hall doors protected by a nearby hulking beast suited in shimmering golden armor. Along the way down to this courtyard and beast were occasional gravesites that could be lit. Once illuminated in a blue flame, the epitaphs would reveal some tidbits of the world – hardly substantial, but interesting nonetheless. Inside the hall doors skulked the boss – the Dancer of the Frigid Valley. Further still, beyond the hall and under the Wall was yet another boss – a hidden one. 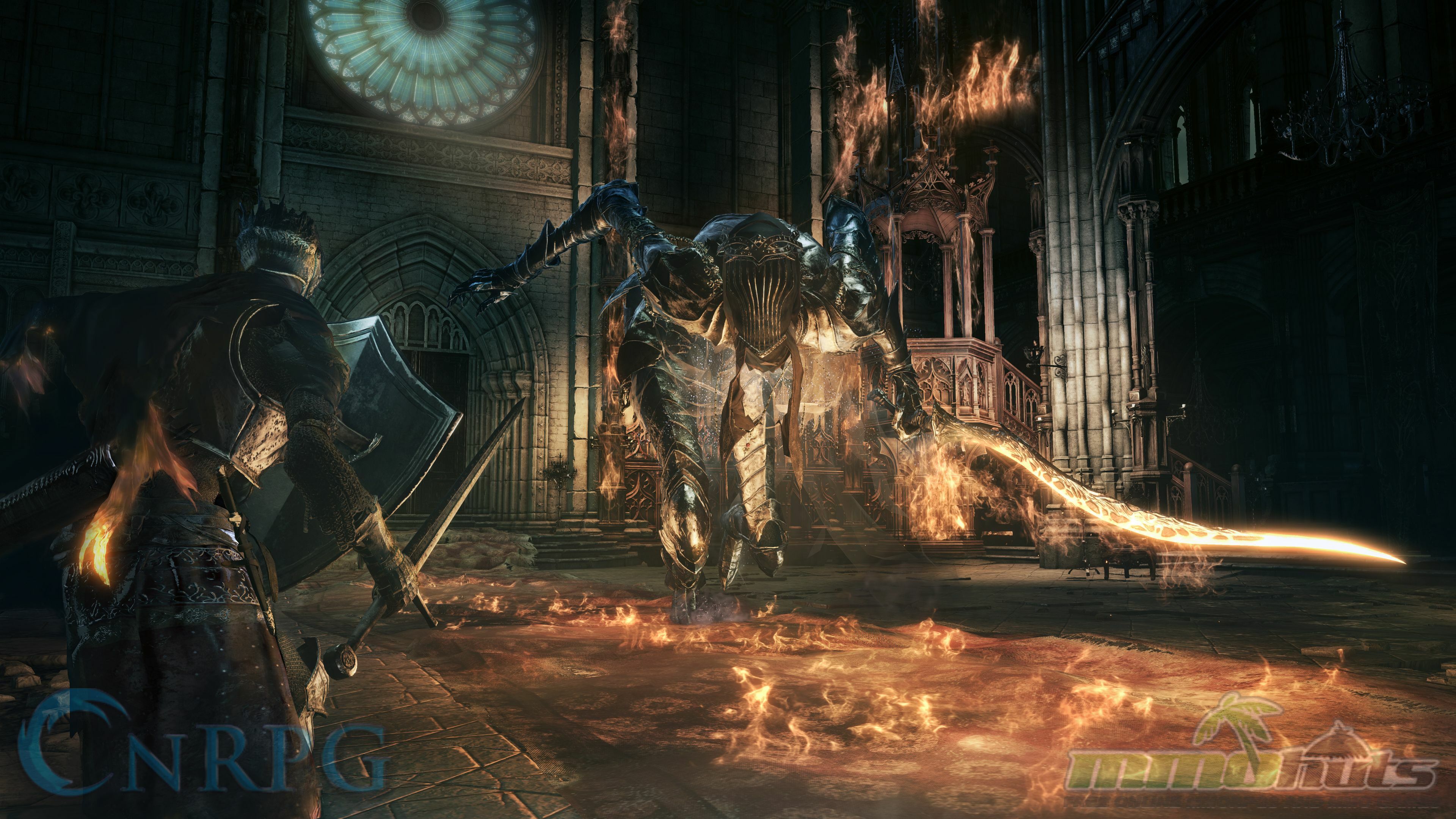 'Dancing' probably means something different where she’s from.

Depending on how the descent to the inner courtyard fared, different weapons such as a greatsword and dual scimitars could be acquired, alongside an overabundance of green blossoms, throwing knives, charcoal pine resin, and firebombs. Each weapon set differed in their utilization – this is called Weapon Arts. The scimitars had a spinning attack while the greatsword had a launching attack that could send enemies upward. Depending on the shield equipped in the offhand, or if no shield is equipped at all, different stances could be entered which enabled greater damaging blows and other benefits. 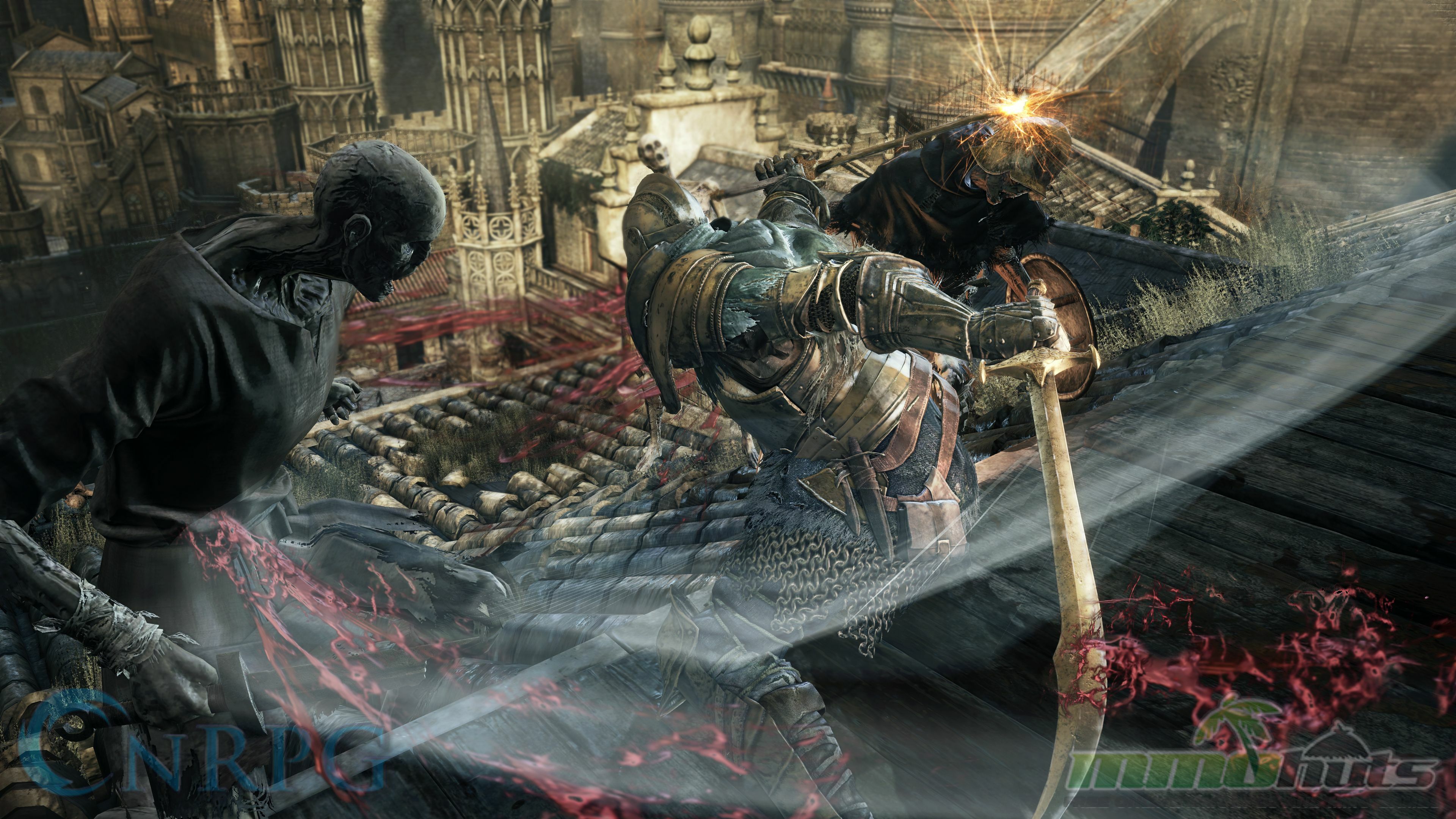 The new weapon arts are both flashy and extremely deadly.

Aside from the additions of Weapon Arts, very little in Dark Souls III is much different from Dark Souls I and II with the exception of the movement speed. Movement within Dark Souls III is much faster paced than before but it’s quite as fast as in Bloodborne. The demo build I played lacked any inventory and leveling menus, so I couldn’t test exactly how equipment weight and endurance/dexterity/agility points affected movement speed, but the overall base movement speed is certainly higher than before. Weapon Arts spice up the combat a little, and it’s refreshing to have new attack options available without making the combat itself much more complex. Beware of Weapon Arts with regards to shields though – not all shields can parry; some have stance mechanics instead. 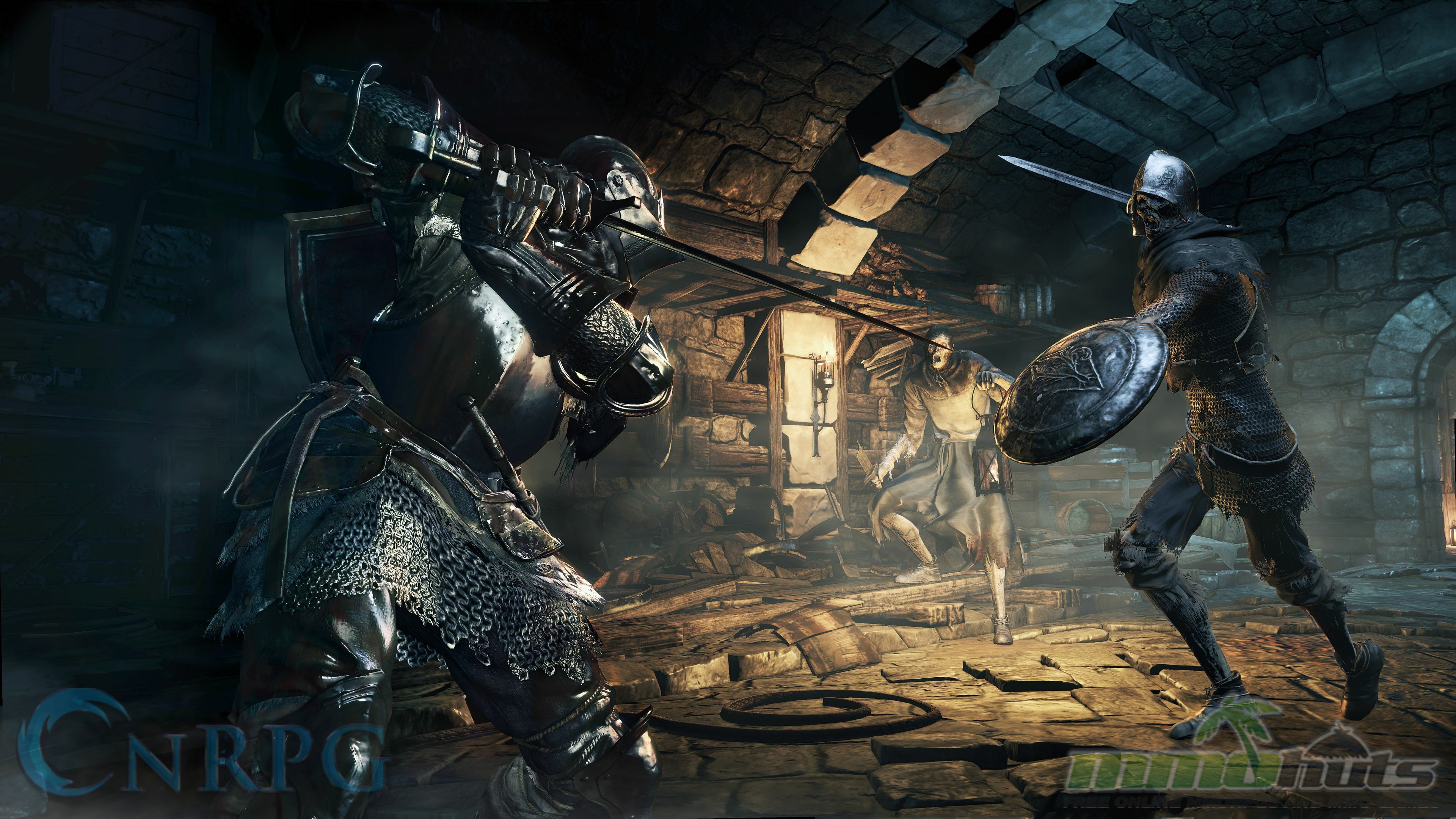 The ready stance has a tight window of usage – be careful.

The demo build was generally stable, but the framerate varied wildly in some parts. The framerate typically stayed put at a nice 60 on the provided computer (some model of Razer Blade), but near an elevator and in between some rooms it tanked below 30 and would hitch every once in a while mid-fight. Textures throughout the demo seemed muddy, but were somewhat saved by the specular mapping. There was also a distinct lack of any options menu and any form of anti-aliasing. Blood and other effects like sparks and fire looked completely unchanged from the previous titles too. In its current state Dark Souls III is not much to look at up close, but the overall openness and design of Wall of Lodeleth was great. 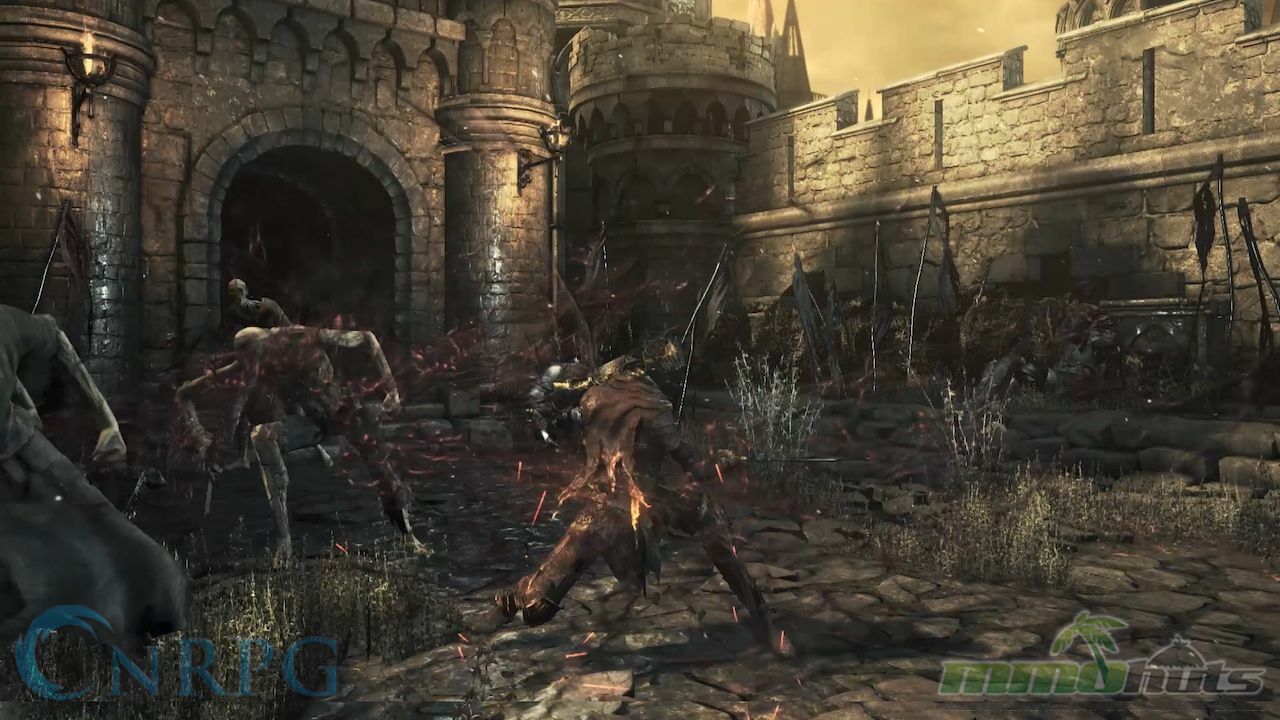 Muddy, jaggy, and flat texturework made better by specular mapping and ambient lighting.

There was a lack of multiplayer in the demo build, too. Though this is not too much of a surprise because something like that is usually left until the later stages of development, but it would have been nice to see if the multiplayer was changed from the other Souls games.

From Software is still not big on upfront story telling so if you’re interested in the lore then you’ll need to comb over every aspect of the game as you play through it or wait until the community drafts up some presentations and summaries. In the demo, all of the story elements I experienced through short gravestone epitaphs and a 15-second cutscene introducing the Dancer of the Frigid Valley fight. 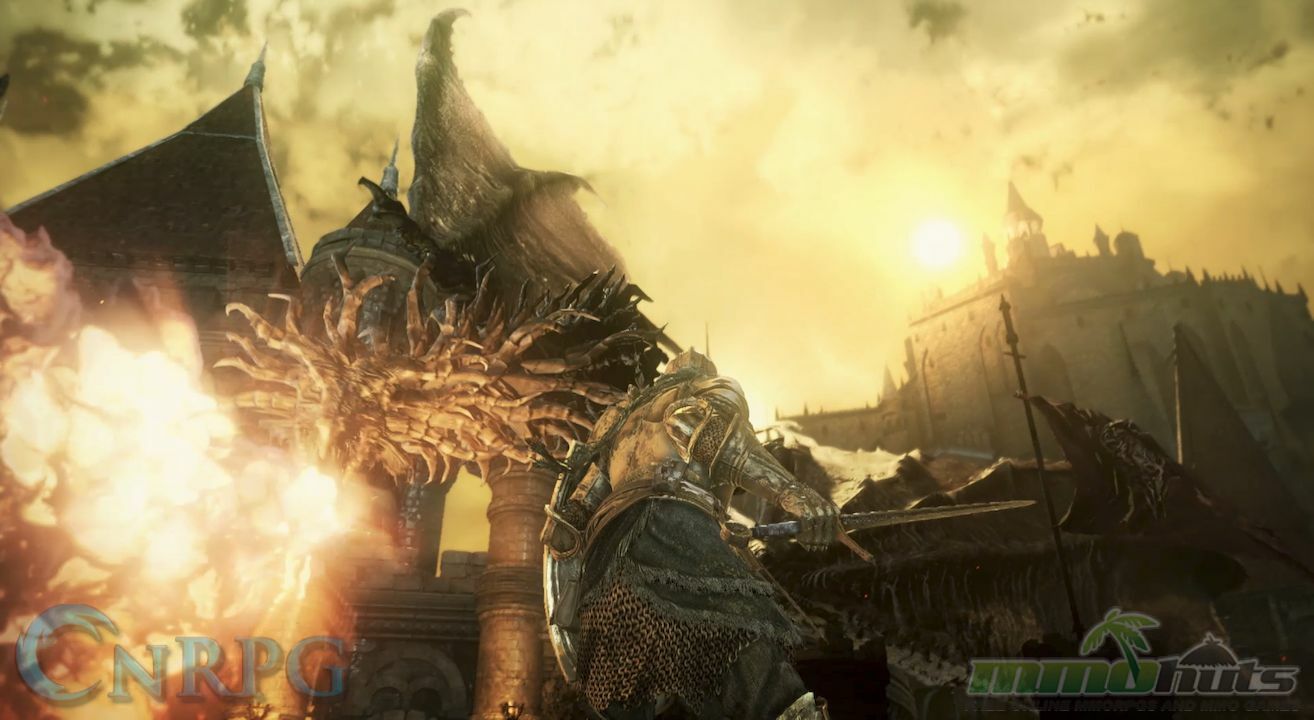 Sadly, you could not actually reach this dragon in the hands-on demo. :c

My time with the demo was short-lived – less than 90 minutes if I recall correctly, but a more seasoned player wise to From Software’s way of hiding shortcuts could probably complete the demo in 25 minutes. Visual nitpicks aside, it was a very enjoyable experience and exactly what I expect from a Souls game. I sincerely hope that From Software will take the time to polish the graphics and steady the framerate before releasing the game early next year.