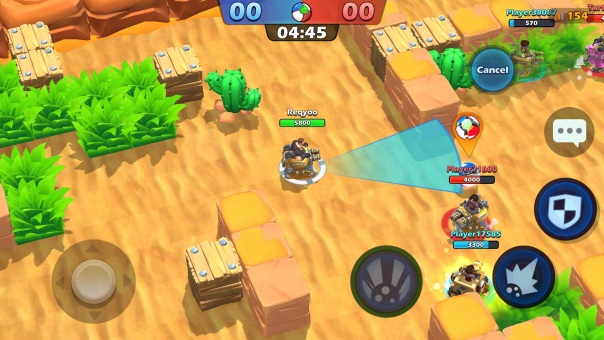 3v3 tank action is coming to mobile on October 26th, as Dank Tanks arrives on both Android and iOS devices. Lilith Game’s new team-based battler can picked up easily with easy rules and intuitive controls, and the matches themselves last about 3-5 minutes. More than 15 tanks can be picked, upgraded and used in game modes like tankball, deathmatch and capture the flag, offering variety and fun combat for all involved. Players can acquire blueprints to level up their tanks and enhance specific parts and abilities of each tank with tech chips to gain the upper hand on their opponents. The game modes and maps also change every hour so players never know what’s going to come up later in the day. The maps in Dank Tanks are highly interactive. Obstacles can be destroyed, bushes can provide cover for an ambush, and weapons produce unique effects on different maps. Every battle is filled with thrilling twists and surprises.