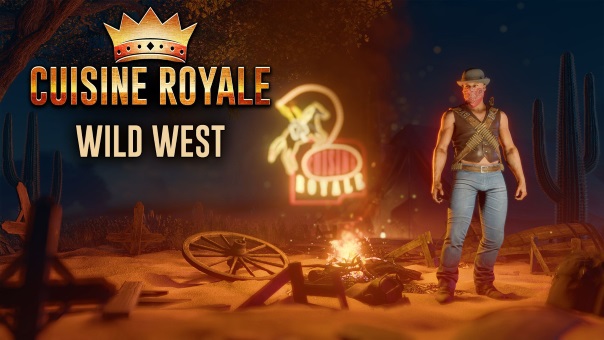 The newest content season for the Battle Royale shooter, Cuisine Royale begins today – Wild West. The Wild West Season will offer cowboys, bandits, sherrifs, Native Americans and other heroes of the prairie. The Wild West Season will also offer the first female playable characters in Cuisine Royale. Recreating the era’s distinctive style, the ‘Wild West’ season allows players to craft and equip several dozen Western-themed items, outfits, emotes, masks and more. From various native warrior outfits to classic cowboy attires and sheriff’s uniforms, the new options for crafting will leave no fan of the Wild West disappointed. To craft the new items, players will now earn ‘Royal Dollars’, which can be earned by fulfilling daily tasks in the game.

The rare items from the previous season (Italian Weeks) can now be sold to other players for Gaijin Coins via the Gaijin Market. The proceeds can then be spent on the book ‘Stories of the Wild West’, premium items required to craft new items, or to purchase items in other Gaijin games. Another major addition this season is the new achievement system, which allows players to track their impressive successes in battle. Unlocking an achievement will yield a solid reward in experience points. Best of all: the system is retroactive, which means no accomplishments of the previous season will be lost