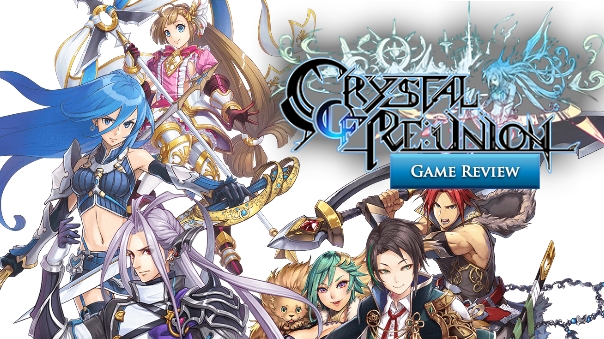 Crystal of Re:union is a free-to-play mobile simulation strategy game for the Android and iOS platforms from Gumi Inc., the creator of other hit F2P titles like Brave Frontier and Phantom of the Kill. You take the guise of a king given a ring called Crystal of Re:union where you are tasked to bring prosperity for your kingdom with the help of a hero, based from our myths and legends.

True to form, Crystal of Re:union plays like your usual free-to-play kingdom builder. You are given a list of structures, units, and objectives to tick off your task list. Also typical to a lot of other titles of the same genre, you’re going to spend your time building your kingdom by upgrading these structures as you progress.

However, one of the biggest difference Crystal of Re:union has compared to other titles is the emphasis of building up your “hero” partner. This hero partner of yours is based off real life mythological and historical characters. 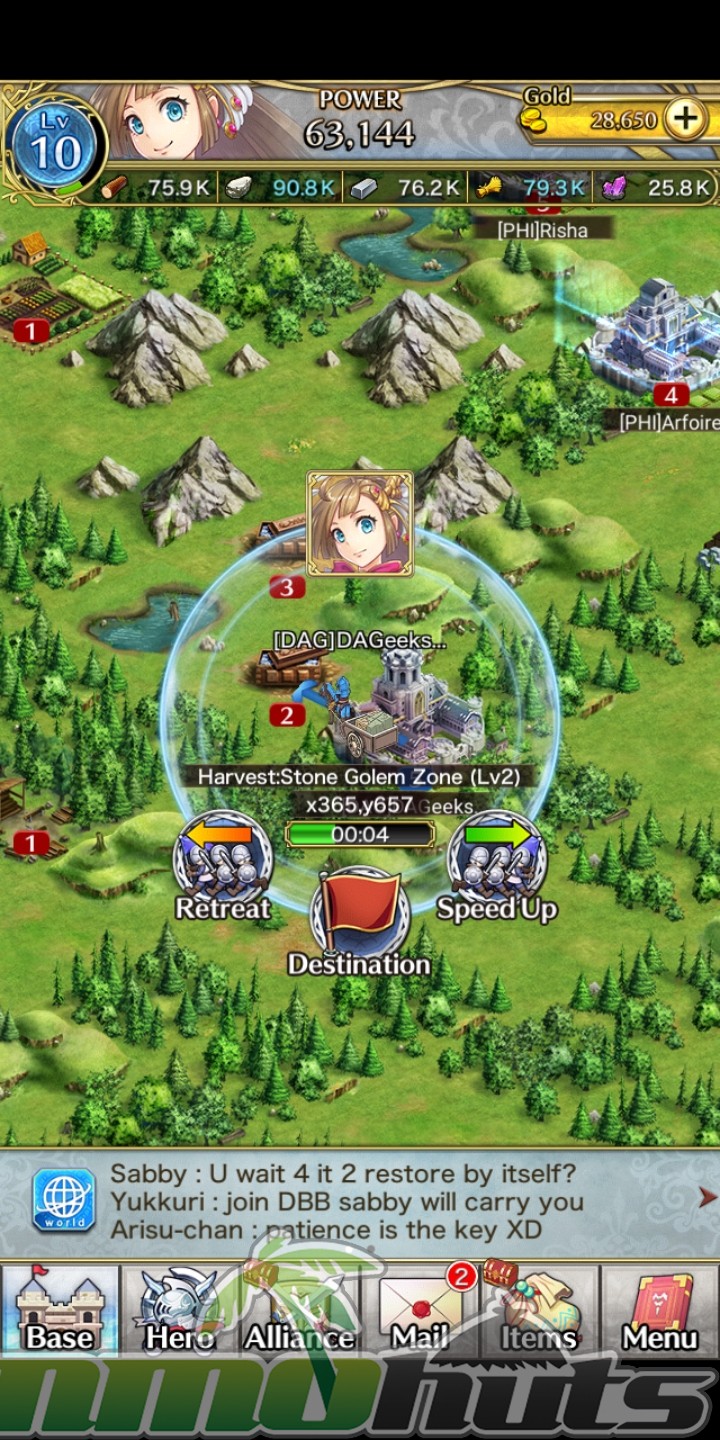 Typical to Gumi’s games, the add-on characters in Crystal of Re:union are more than just anime-designed eye candy. Each hero you acquire (by buying their character cards in the cash store) allows you to go through their unlockable stories. These stories come in the form of narrative cut-scenes that provide you a semblance of a storyline. These “stories” narrate how the world is interacting with your hero, and in a subtle way, reference their history before you summon them.

These subtle callbacks to their “past lives’ is an interesting narrative feature that reminds me of the Type-Moon’s Fate/Stay series where the summoned heroes are also based from legends and historical characters. For example, Joan of Arc’s storyline (the hero I chose for this review) tackles her current self being able to “predict” how battles end up and win them just like her Real Life historical self rose to prominence. Like her former self, she’s being accused of being blessed with the power from the devil, instead of the goddesses, just like how she was condemned to burn to death by those in religious power.

To unlock these stories, you’d need to collect friendship points by either farming the random people walking around your base, or defeating monsters that pop out of your game map. Story unlocks are also linked to the friendship hero your current chosen hero has. The higher the friendship level of your hero, the more of theirs stories get unlocked. 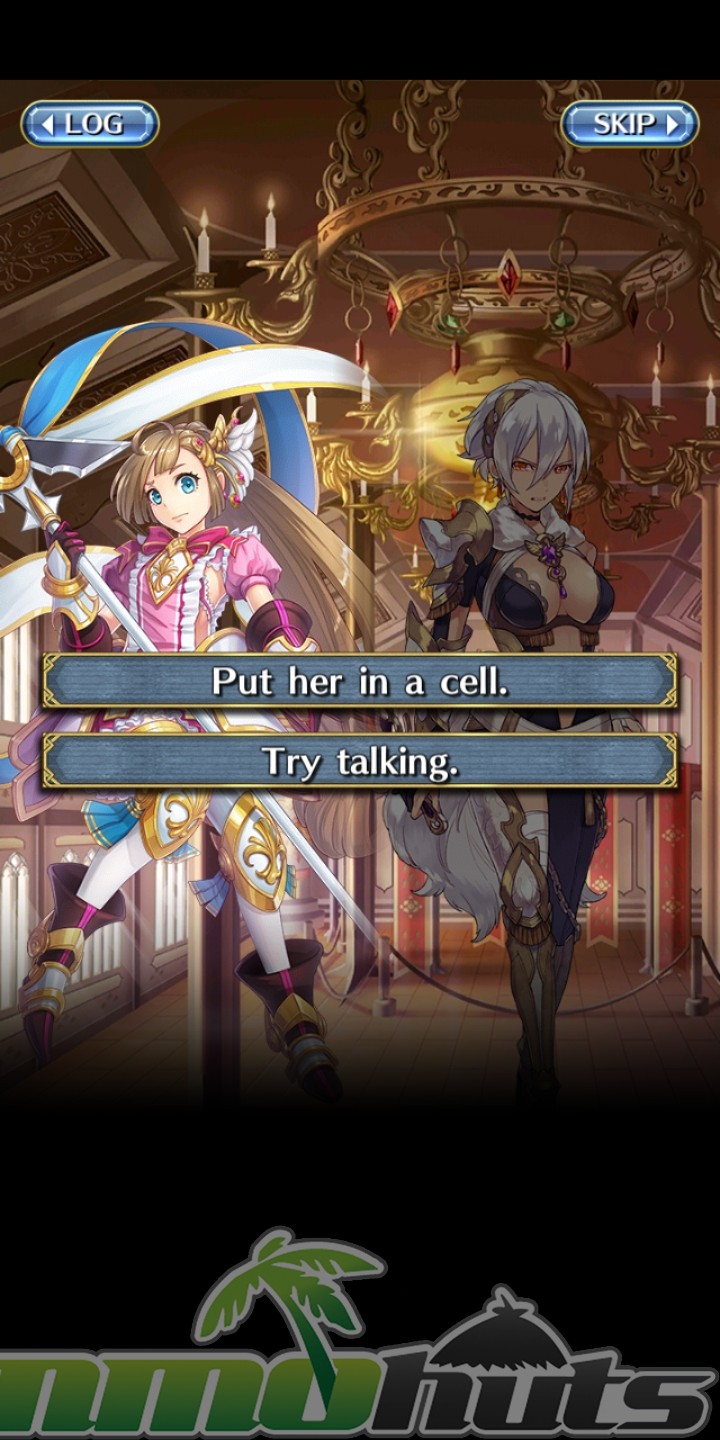 You can use your heroes to defend or attack creatures and join your army in looting resources. You can also create equipment through the blacksmith in your castle for your heroes. Another nifty feature of the heroes in CoR is that your hero can also provide bonuses to not just your combat power, but also to your resource production and other non-combat related skills. This forged equipment can also be upgraded and also provide combat and non-combat related bonuses.

You may notice that the majority of this review is focused on the hero feature CoR has, and with good reason. It seems that Gumi focused all of the content and features on the heroes, such that the rest of the game feels just like the run-of-the-mill mobile sim-strat game.

The questing system, guild system, combat and farming system all adhere to the already abused gameplay system you’d often find in other similar titles. This doesn’t mean that the adopted systems aren’t any good. It’s just that if you’re looking for something interesting or at least trying to look for a more interesting sim-strat gameplay system and don’t care about the game’s fluff then Crystal of Re:union is not for you.

Focusing on making something different

I really appreciated Gumi’s attempt on making things interesting with the addition of the hero system. The execution though leaves a lot to be desired. 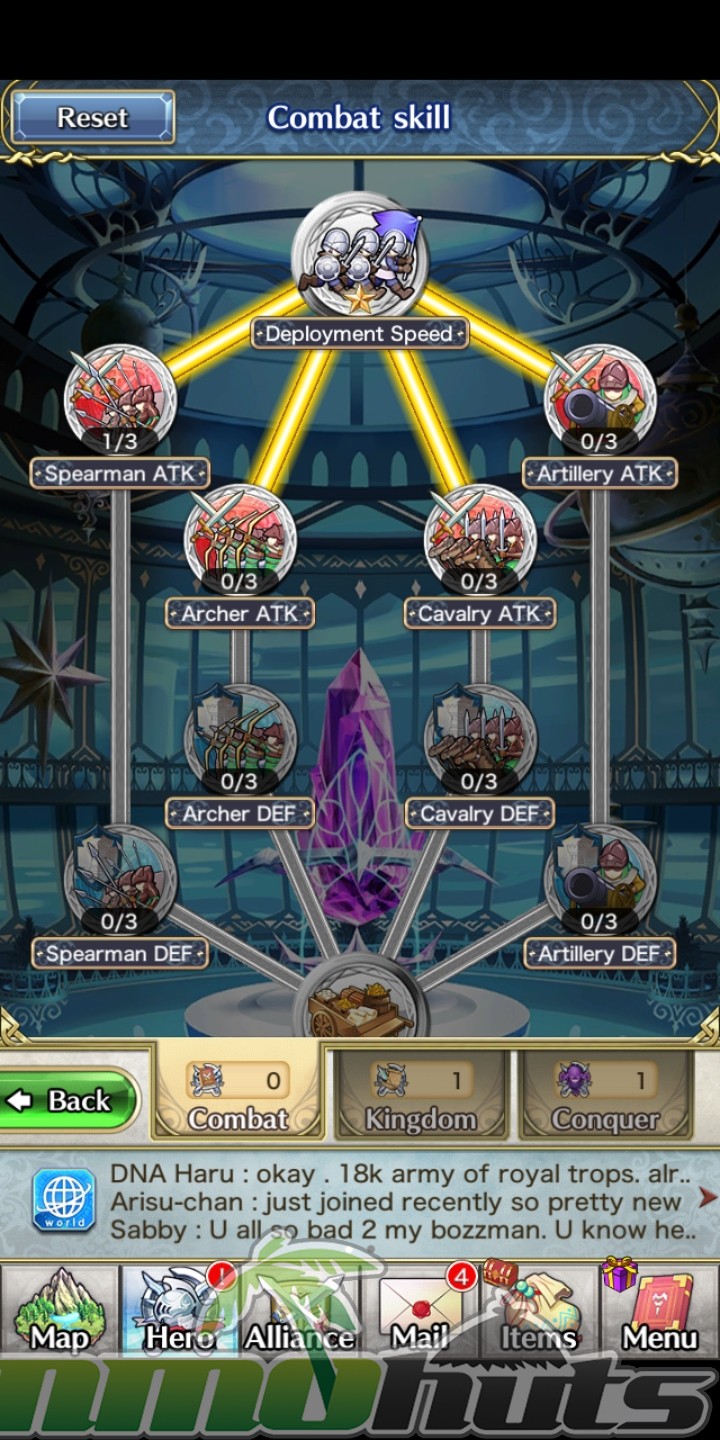 As you progress through the game, it’s understandable that it’ll be a slog to build up your army power, resource generating structures, and overall research levels. However, the addition of the hero system adds another layer of yet another tedious processes games like this have. As you progress into the later stages of the game, each random character in the base is going to be more important to increase the friendship level if you’re the type who needs to know how the story progresses. Thankfully, those who aren’t into this kind of fluff can opt to just increase your hero level and focus on combat.

Of course, there’s always the option to just spend cash on the game. Yet it seems that Gumi isn’t having any of that, because you can’t use money to increase your hero’s friendship level, and you have to really spend time farming and tapping on the people in your city, or farm monsters, to earn friendship experience points.

Crystal of Re:union is a game that has tried to be different, and was able to make the gameplay experience familiar, and at the same time unique, in its own right. With the tired gameplay features getting the Gumi treatment of looking and sounding good but with a grindy gameplay system, CoR is a title that’s an attempt to balance these two elements and comes out with a grindy but playable foray into this version of Midgard.

CoR is a title that doesn’t bring anything new except the fluff content that Gumi is most famous for – providing an engaging and semi-interactive experience that is structured in an already aging and overused simulation strategy gameplay system. If you’re someone who’s looking to get into sim-strat gaming, or is someone who’s looking for a bit more “fluff” in their sim-strat titles, Gumi’s Crystal of Re:union is a game that’s for you. However, if you’re someone who’s already burned out with the sim-strat genre as a whole and is looking for something new and inventive, then CoR is something that you should just move on from.