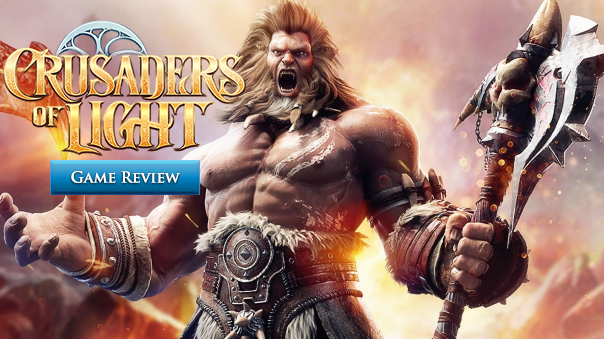 I very seldom find myself playing mobile MMOs. It’s less that they are bad games, but rather most of them are heartless cash-grabs and I can’t see myself playing a mobile MMO when there are perfectly good options on PC that are not only free but they won’t push me to buy something every five minutes. That will get me to uninstall in a hurry. Crusaders of Light has a solution to this that I find perfectly acceptable, and enjoyable! You can play Crusaders of Light on mobile, which is where I started [the second option was not available in the beta] and when you’re done playing on the go and want to sit down at your desk or in front of your TV or something, you can play on the Facebook Gameroom! It uses the same UI, and you can access the same servers/characters.  It’s a pretty smart move on their part. Not only is it a fun, engaging MMO. It’s not pay-to-win, and it feels like an actual MMO I might find on PC. It has the usefulness of the auto-walk to get to locations with the smart, action MMO where you have to get out of stuff on the ground. 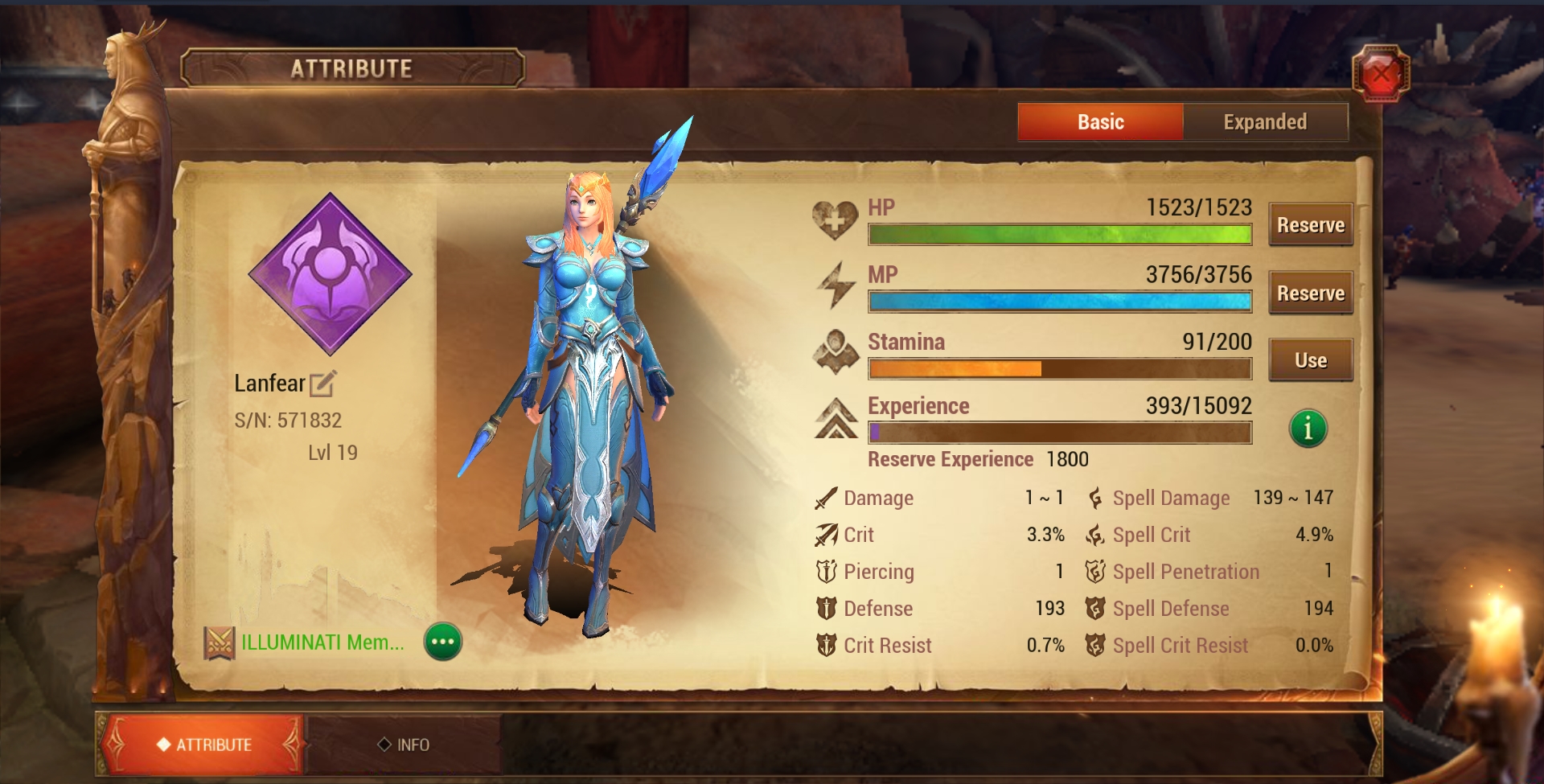 All three classes are viable and fun!

Crusaders of Light has players teaming up to save the world of Malura from the evil Demon, Lord D’praive. He’s a vile sort and is raising an army of other demons to do battle and take over this gorgeous world. And it really is; visually speaking, this is an incredibly impressive display for a mobile game. So you will pick one of three character archetypes, which will branch out into “Paths”, basically prestige classes, once you hit level 20. It’s an interesting choice to make because you have a Tank-style/Melee’ DPS in the Warrior, the much easier to play Ranger which is your ranged DPS class, and the hybrid Mystic, which is part healer, part spellcaster/ranged DPS. These classes at level 20 can become: 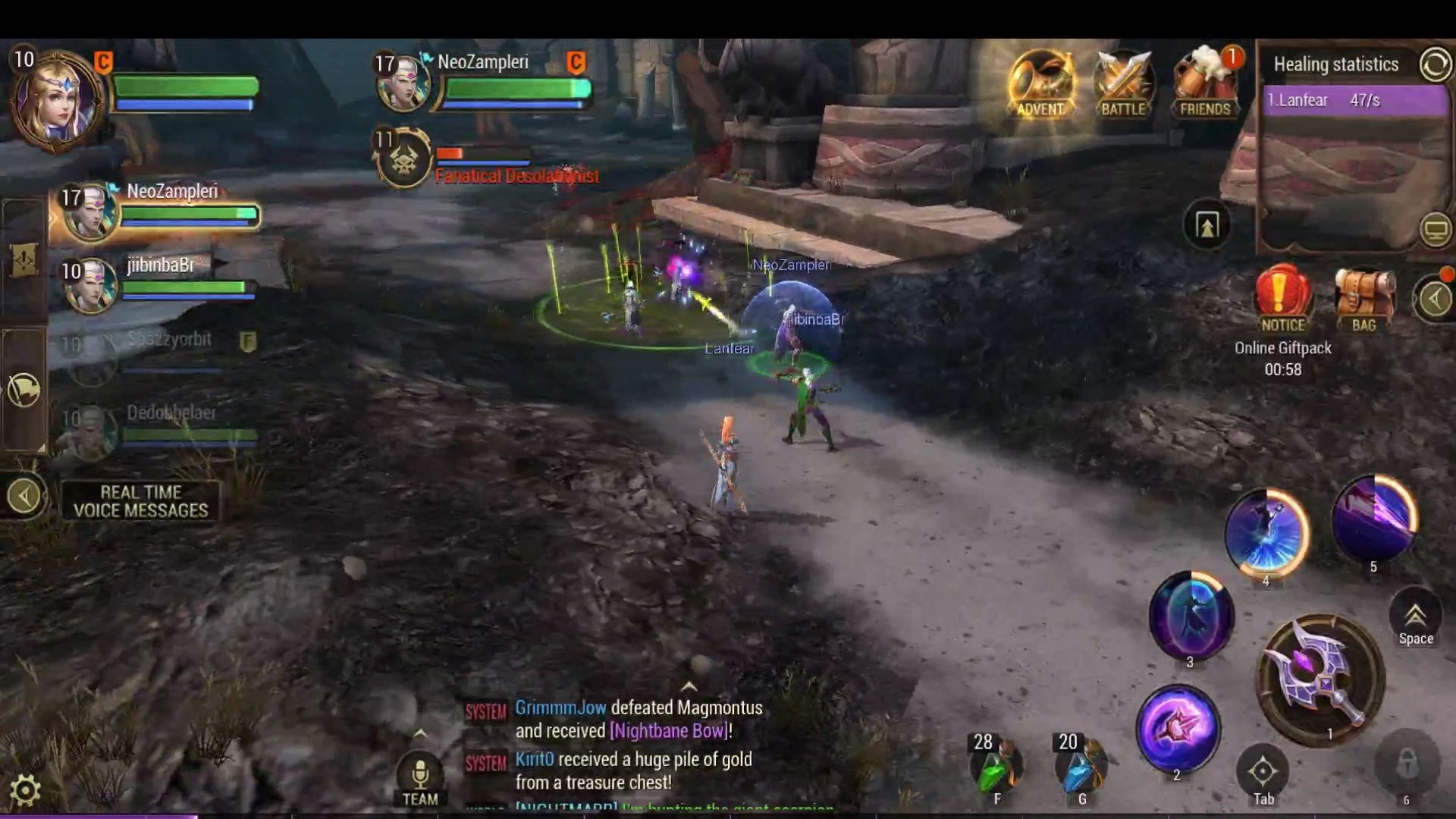 I was kind of worried about that because I can see swapping targets to heal your friends on a mobile setting being incredibly frustrating. Luckily this is not the case. This is where I focused most of my time playing because as the class I think would be the most difficult to play on mobile, I wanted to see for myself how it would work. However, I found that it was actually pretty easy to go from healing targets to dealing damage in a dungeon. Your auto-attack would also count as a heal if you swap to an ally. So you tap an ally [or mouse click them] and hit 1, and they’ll be healed as each attack happens. Pretty intuitive I think. Then you can cast a variety of AOE spells that heal/deal damage, can create a pulsing AOE heal circle and more. The long and short of that is that you will not feel like it’s an impossible and difficult class to play as long as you’ve played a healer before. All of the classes are fun, the abilities are all useful. As you grow in level, you gain new skills, and at some point, you will have to choose between what you had and what you have gained. As levels increase, you can also increase your skill levels, making them more powerful. You can do it manually, or you can push a button to let the game do it for you. I never have an issue about having enough Silver or Gold to pay for that kind of thing. Crusaders is very generous with its daily login bonuses/quest rewards, so I easily pay for everything in the game. Luckily the tutorials in the game literally teach you everything you need to know. Every time a new skill or game feature crops up, a quest or a menu will pop up to show you what to do. The downside is there’s no way to stop them if you already have an idea of what to do, so you may as well just do it. The controls are the same on Facebook and Mobile, which might seem like a weird choice to some. But it will certainly help players to not have to learn two different sets of controls; and personally with a Razer Naga, it’s insanely easy to use skills. I enjoy the mobile control scheme from mobile even on Facebook Gameroom. 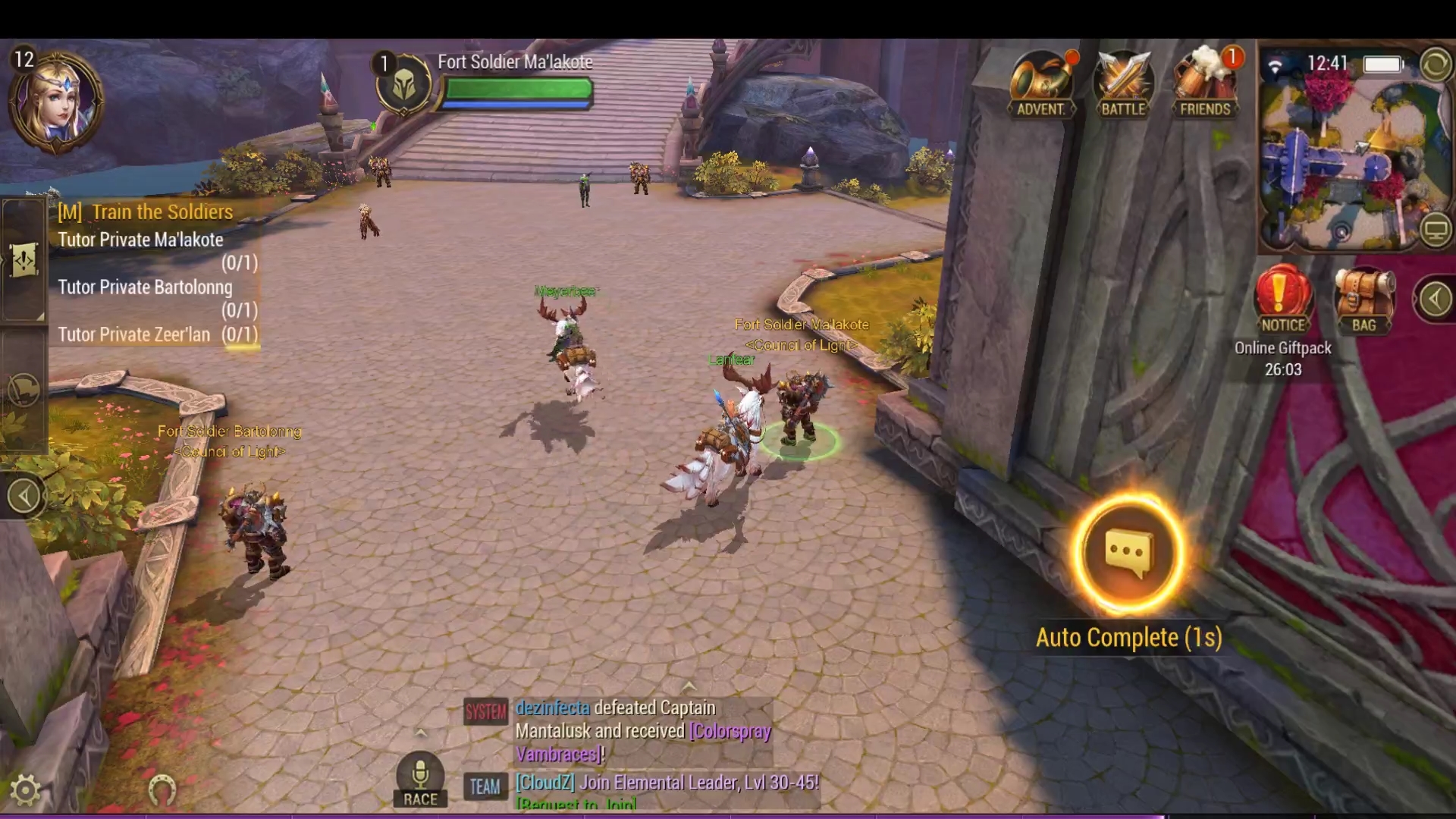 We don't want no education.

Gameplay is pretty straight forward. The game teaches you what you need to know about moving in the world, and it’s so much faster to just click/press the quest and let it walk you where you need to go. Sure, you could do it yourself … but why? Just enjoy that handy mobile feature. Hell, I use it on PC. Though there’s always the chance that you can get complacent. It won’t move you out of enemy abilities if they’re casting at you. So then you use WASD [or the thumbpad on mobile] to get out of the way. The questing is standard fare for MMOs: Kill these things for me, talk to this person who has doubts and cheers them up, prove your worth by slapping the snot out of a general, tutor them in the worlds’ religion … Okay, so they’re not all so standard. But a lot of this stuff the game will do for you if you just wait a few seconds. It might feel like a lot of the game is on autopilot, but when you get to combat, that’s when it shines and you have to put in work for yourself. Again, you do not have to let it pick flowers for you, or talk to people … but in doing so, it feels like I’m doing fewer chores, and more enjoying this world and watching it unfold before my eyes. 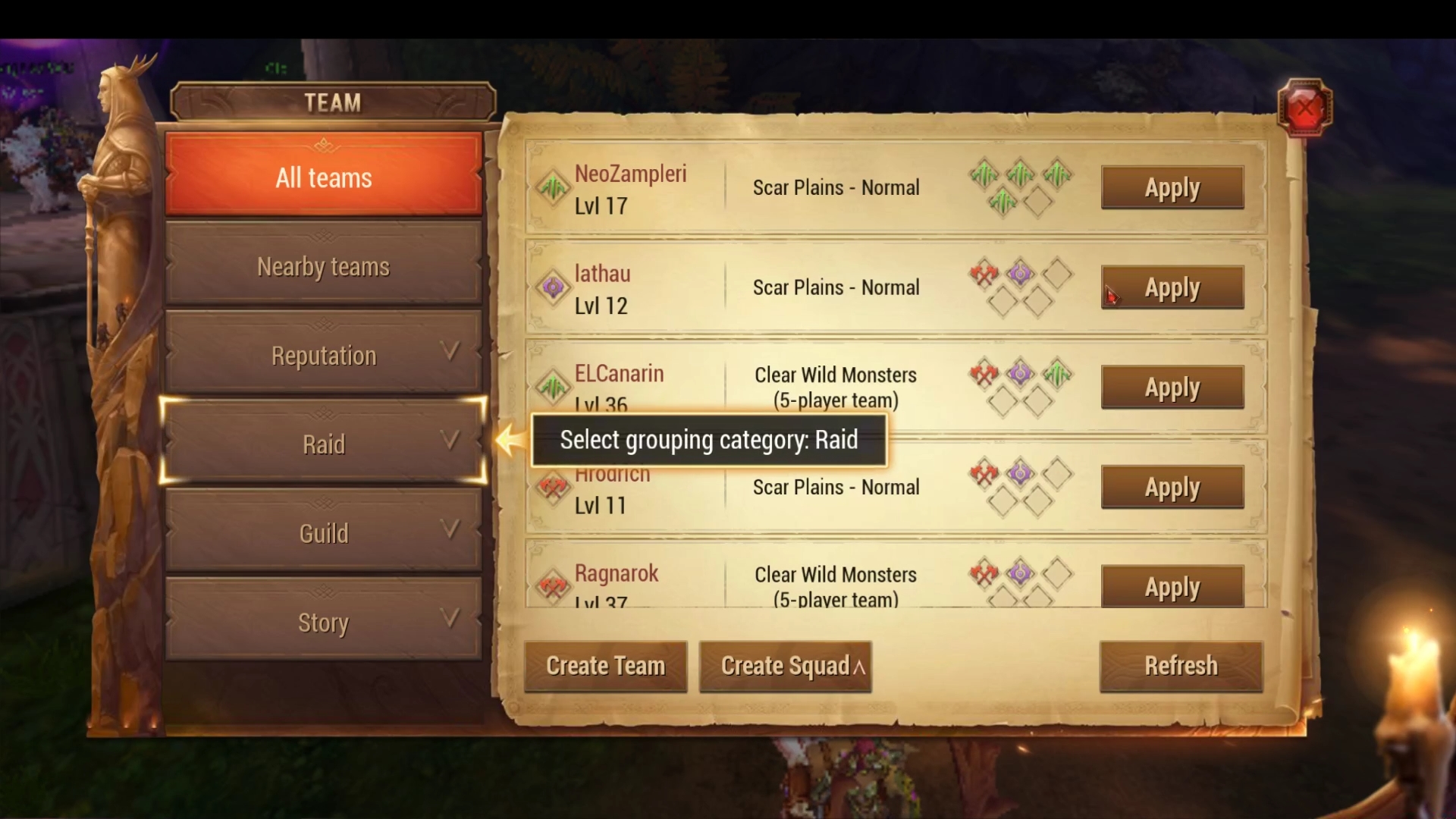 Finding a party has never been so easy!

One of the things I was worried about was quickly alleviated though; the nature of finding a group. Fortunately, they have a “Quick Match” for completing dungeons/raids, and if you join a guild, they can make a group notification for going into a raid, and whoever clicks it will go to the raid and if you meet the requirements, you are in and ready to go! You can find a party for whatever you’re doing, and I’ve never had an issue getting into a group. My issue was “People form parties and then afk or do nothing with it”. When you join a group it will take you to where the leader is and set them on follow, so you’ll go with them to the dungeon. However, if they’re idling on their phone or busy at their computer, you can just find yourself frustrated. That’s not the game’s fault; that’s the fault of the playerbase. But people are often busy, it does happen.  Dungeons are very simple though. You walk the path, kill the patrols/packs of enemies, fight some bosses. The bosses have cool mechanics though, they’re seldom just a tank and spank. One of the first bosses I fought throws tons of AOE and at points in his health, he summons soldiers to sacrifice themselves to him. You have to stop fighting him and kill them otherwise you will lose. Raids work in much the same fashion, only it goes up to 40 person raids. 40 people! On mobile! That blows my mind. I haven’t done a 40-man raid since the early days of World of Warcraft. 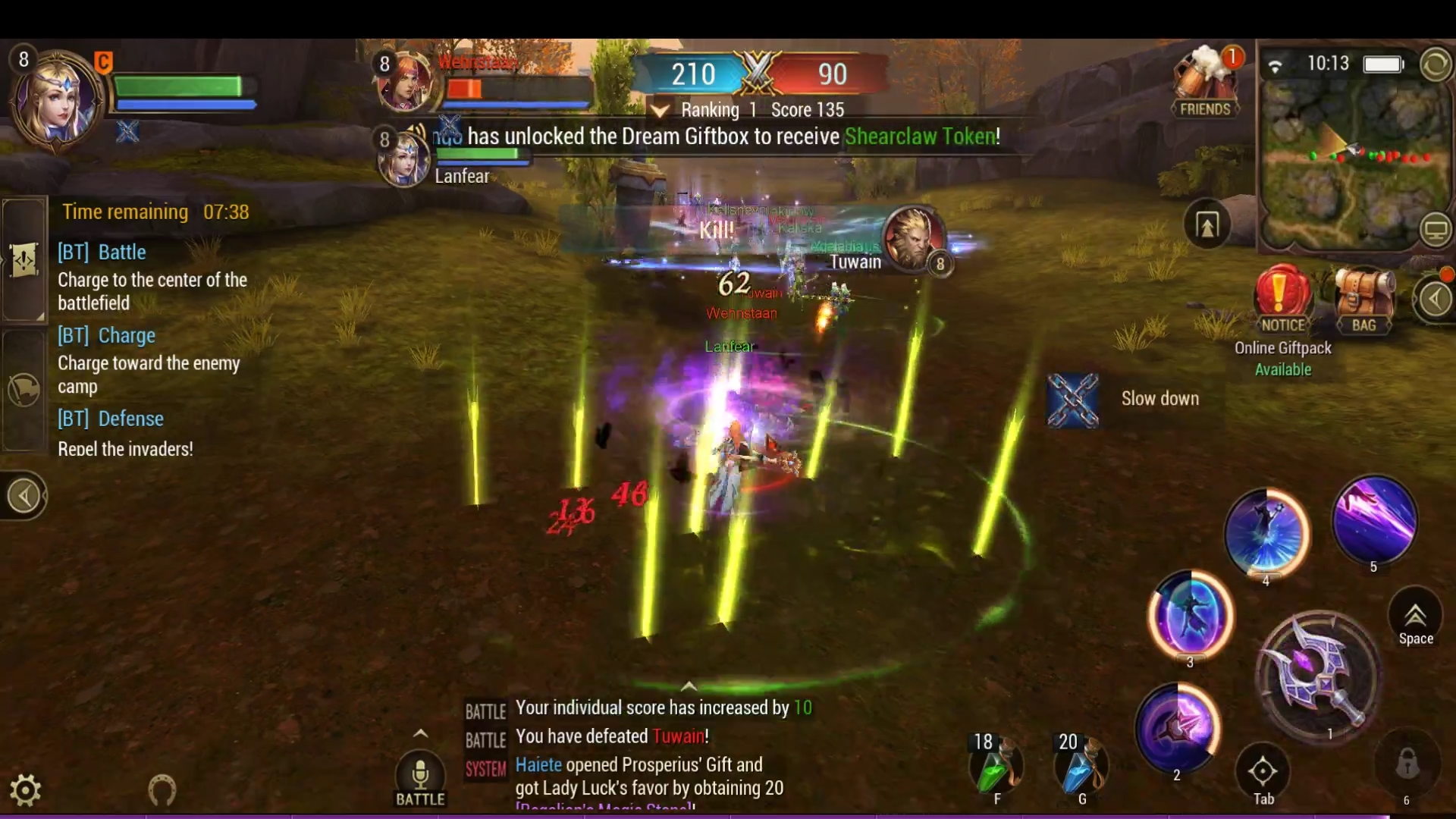 Pew Pew! Gotta be the best!

There’s something for everyone: A very easy-to-use crafting system, Arena Battles [though I believe it does those on autopilot and is based on your character’s power level], battlegrounds, hours upon hours of PVP and PVE content. I am a little disappointed that you can’t customize the way your character looks upon creation; it’s slightly jarring to have everyone look the same. It’s something I hope they include in the future. While this is a bit of a downer, it’s more than made up for by the fantastic content. It’s pretty expensive to start a guild [and there is content that is locked behind being in a guild] and is one of the few people that might be hard to farm for. But there are tons of guilds, and you can even do an auto-join and it will apply you to guilds that you meet the criteria for. I found a guild on day one and wandered the land with them murdering every enemy of the land. 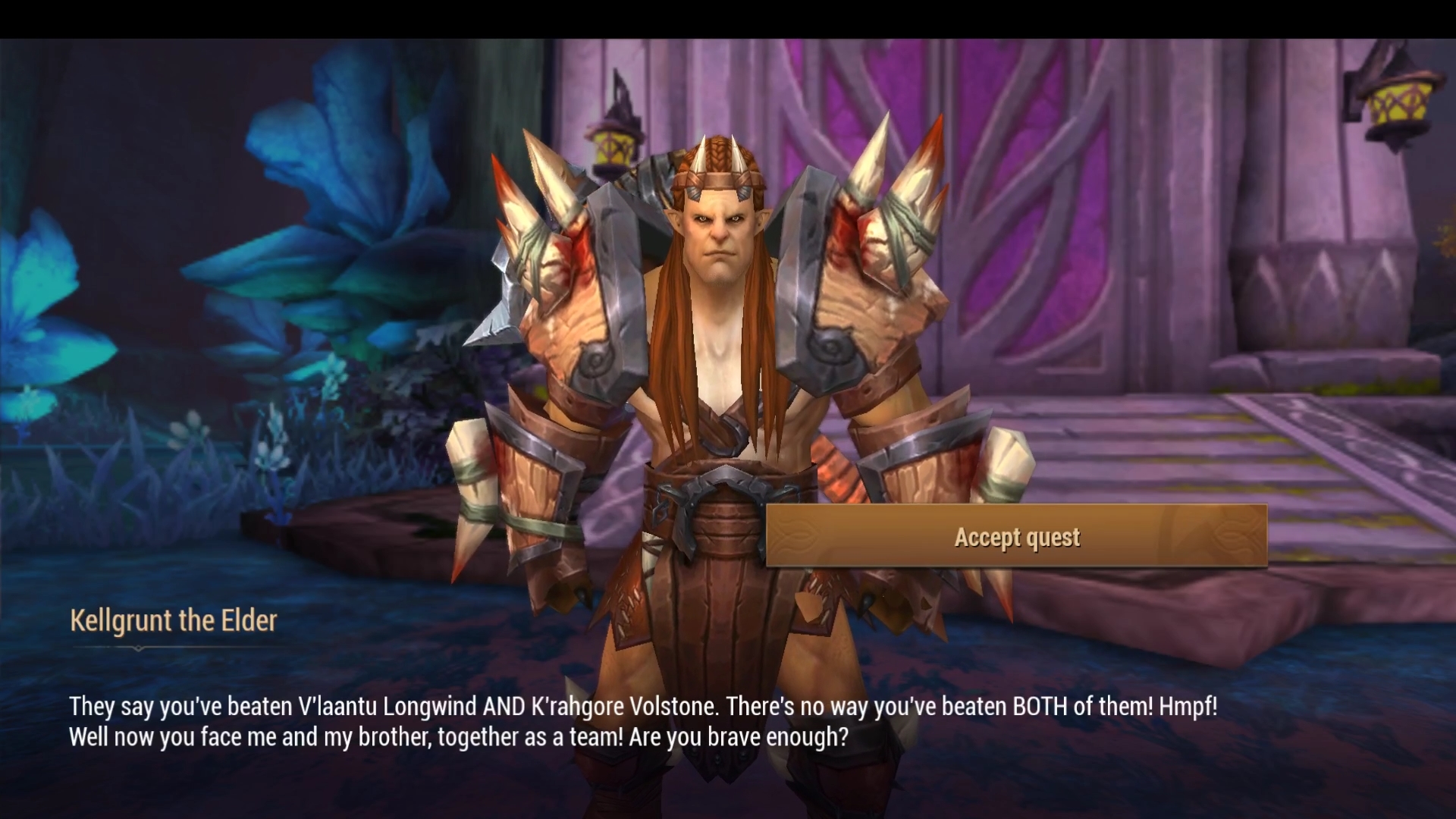 The storyline has thus far been incredibly engaging.

There’s only one part of the game that really annoyed me, and that’s when the Goblin Merchant shows up on the screen. It’s a huge blot on the screen that stays until the timer runs out. It’s an option to spend some money on the game. Though I do need to talk about what everyone wonders about: How do you spend money? Do you need to? The answer is “You can” and “No you don’t have to”. Every part of the cash shop are frivolous, things to “help” but not things you “need”. The real money currency is Crystals, which you spend money on, or you can buy them using Gold which is one of the two in-game currencies. You can exchange Silver for Gold at a fair ratio. You can then use Gold to buy Crystals, but it does take a fair amount of it because it is up to players who are selling their Crystals. That’s one of the things I love about this game; even if the level cap right now is just 45, they are not pushing you to buy tons of stuff at all. You can easily acquire gems to put into your equipment, currency to buy stuff in game. It’s a game you can just enjoy and play at your leisure, and if you want to spend money, you absolutely can. Crusaders of Light is a gorgeous game, with solid gameplay and it is guilt-free MMO fun. That’s the best part to me.