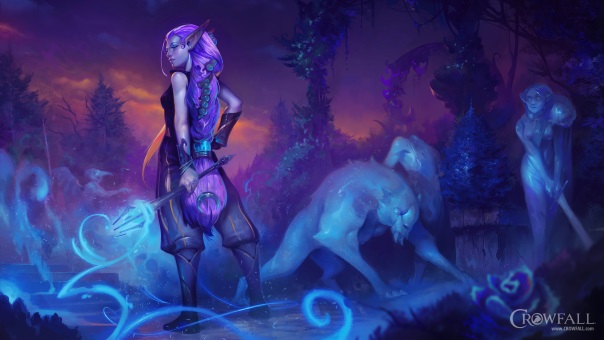 ArtCraft is proud to announce that they will be focusing on providing game developers with a technology solution in the realm of large-scale MMORPGs, based on their flagship title, Crowfall. Artisan Engine is the technology stack they’re working on, which will support thousands of concurrent players in a virtual world: networking, persistence, physics, procedural world generation, dynamic world editing and seamless worlds up to 5,120 meters by 5,120 meters in size. They have also procured the co-creator of Wizard101, Pirate101, and Shadowbane, MMO veteran Josef Hall. Formerly the VP for KingsIsle Entertainment, he was also the co-founder and president of Wolfpack Studios (which was acquired by UbiSoft in 2004).

“Essentially, the Artisan Engine provides all the interlocking systems that make a virtual world tick,” explained ArtCraft President and Executive Producer Gordon Walton. “Online game budgets have skyrocketed, with development teams of 100+ and schedules that stretch up to seven years. A significant portion of that time is spent reinventing the wheel. We can shortcut that effort, saving you $10+ million and shaving two to three years off your schedule.”