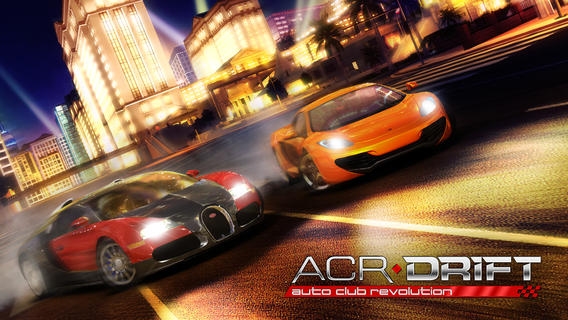 CROOZ, Inc. today released ACR DRIFT, a racing game for iOS smartphone and tablet devices, across 135 countries and regions worldwide. Developed by CROOZ, the game features more than 50 gorgeous and exotic cars with some of the highest quality graphics for a smartphone racing game. Players can race through a wide selection of courses from cities worldwide and can customize each car using a variety of upgrades and parts to create a ride of their own.

Hit the road and race across real-life cities like Moscow, LA, Las Vegas, the lake side of Italy, and even at a harbor in Hong Kong. With only a simple swipe of the screen, players can drift various cars, each backed with dynamic smoke and realistic sounds. More than 25 courses can be played in both single and multiplayer mode. The multiplayer mode, which will be available in the near future, consists of patent pending technology which will allow players worldwide to compete with each other without being affected by the connection. Optimized for different devices, the difficulty and monetization are carefully balanced for extended play. 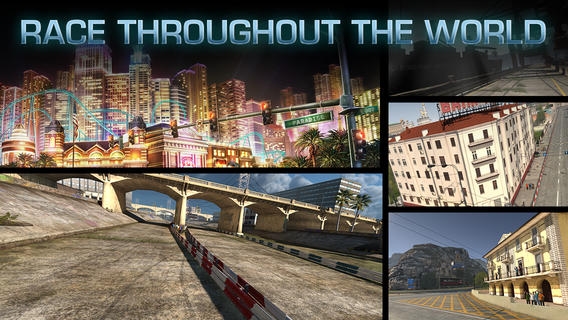 ACR DRIFT allows players to customize world famous cars, including the Bugatti Veyron (which holds the Guinness World Record for fastest production car with the speed of 267.857mph, or 431.072Km/h), Pagani Zonda Cinque, Koenigsegg CCX, Mercedes-Benz SLR McLaren and the Bentley Continental GT Speed. Using aero parts, wheels, decals, under neon and more, choose from more than 50 cars to create and personalize, providing an immense number of possible combinations. Featuring easy-to-learn controls, all it takes is a finger swipe to perform dynamic drifts and blast squeals.