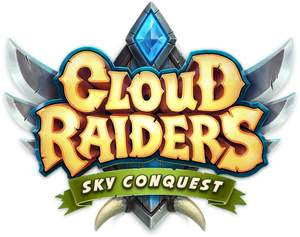 Game Insight is pleased to announce that their epic action strategy Cloud Raiders is now available for download on Google Play. The new captivating game pits players and their armies of sky pirates against terrifying monsters and other players in PvP mode. Start your sky conquest today!

Cloud Raiders takes action-packed strategy games to dizzying new heights by bestowing players with a massive island stronghold floating in the sky. Players assemble armies of ruthless raiders while also fortifying their bases with defensive measures to fend off enemy invasions. Over time, players can also form in-game clans with their friends to launch daring player-versus-player raids and blast their enemies right out of the skies.

In Cloud Raiders, players can fortify their bases with different types of defense equipment: from cannons and traps to magical artifacts. You must be ready to fight off massive monsters and legendary buccaneers wandering the skies in search of easy prey as well as be prepared for raiding parties sent by enemy players in search of loot! In order to keep your own holdings safe and conquer this brave new world, you should research and unlock new troop types, brew powerful potions to strengthen your forces, launch mighty cannon volleys to even the odds, and build ever-larger armies of axe-wielding marauders, grenade-lobbing bombardiers, and fire-breathing dragons to win the day!

Cloud Raiders will soon be released on other mobile and social platforms like Facebook, iOS, Windows 8 and Windows Phone 8. The game developer is innoWate studio, creator of the popular city builder game series My Country.