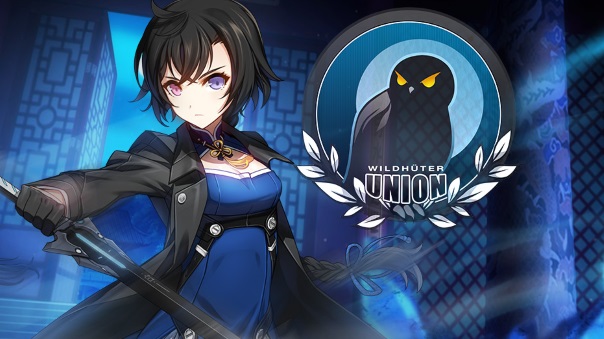 Editor’s Note: The costume in the video is a limited-time costume, and does not reflect her normal outfit.

Closers revealed the latest member of the Wildhuters this week, in the form of Bai Winchester. She may as well be named Jin Kisaragi though because that’s the vibe I get from spending the last three days doing just about nothing but play her in Closers. She commands powerful ice magic, has a cool sword, and is incredibly agile. Hell, she feels like an anime fighting game character too. I’ve been playing Closers since the beta, and I can say without a doubt (though I know I’ve said this before), Bai is the most fun I’ve had playing the game yet. The Wildhuters definitely feel more like my style character, and I appreciate that while most every character moves chain together/combo well, some combo better than others. Bai can drop incredible amounts of damage but must get in nice and close to do the vast majority of it. She does have range – Ice Shards, but it’s arguably her weakest move.

Her Passive, “Cold Blooded” is pretty incredible. 30% of Air Strike, Back Attack and Chase bonus will be added onto Air Strike, Back Attack and ChaseCritical bonus. With so many Air Strike and Chase options, this is going to come in handy without a doubt. But what makes her truly flashy is her blade, Jian. You can jump with Bai, use a basic attack (Z), then when the animation is ending, cancel it by dashing, attack again, and repeat this at least one more time. With her advanced skill Swords Barrier, this is even more potent. Those flying swords that hover near her will offer a wider AOE shot while your cooldowns are coming back up, so you can dash cancel and blast your enemies after you’ve trapped or knocked them up. Hell, Wind Dance deals Back Attack damage no matter what, and Also Air Strike damage, even if it’s used ON THE GROUND.

Ice Cage, one of her advanced skills also imprisons enemies in ice, deals Air Strike damage on the ground, and also makes her invincible during the start-up. She has invincibility frames! In a tight situation where the enemy boss is dropping tons of AOE and there’s almost nowhere to go? Hit your Freeze!, then start up Ice Cage to hopefully be invincible long enough to get out of it, while still leaning an absolute ton of damage. Freeze! marks enemies hit with a Snowflake, and when hit with a Special or 30 Attacks (which is still very easy to do), it deals damage that counts as Critical, Air Strike, Chase, and Back Attack. Do you absolutely need somebody dead right now? Freeze is the move to go with.

Bai is very easy to play, and should you be new to Closers, I can absolutely recommend her to be played even by beginners playing solo. Almost all of her abilities chain neatly together, so combo creation is not difficult at all. If you’re like me, and you dump all of your moves and still find something alive, you can dash, attack, cancel and do that a few times on the way to the ground. By then, should anything be alive, your CDs will likely be back up. She can be a little flimsy, but Bai Winchester drops enough damage to obliterate just about anyone in her path, no matter what level of skill you have. I can see her being very strong in PVP, thanks to her freezing powers and combo ability. What sorts of combos does she have? I have figured one or two out on my own, and here’s what works for me.

Piercing Point, Wind Dance, Precision Strike, Ice Cage: This is my standard “blow up a group of enemies) combo.

Dash+ZZ (Auto Attacks), Freeze! Ice Cage, Wind Dance, Piercing Point, Precision Strike: This is just flashier with the dive in, using your auto attacks to blast past them and attack on the other side.

Freeze!, Ice Shards, Ice Cage, Wind Dance, Piercing Point, Precision Strike, Empower, Ice Pillars, Frost Dance: This is what I tend to use on bosses, dumping as much damage as I possibly can. If the boss is going to potentially survive, I pop Empowered State and use whatever cooldowns I have before Ice Pillars/Frost Dance.

Who does Bai need on a team? Nobody. She is a badass all on her own. Jokes aside, I think she pairs neatly with someone who takes advantage of her ability to lock down her foes. Her fellow Wildhuters are a great team for Bai, in particular, Wolfgang and Luna in particular. Luna’s ability to make all ground damage count as Air Strikes pairs neatly with her, and Wolfgang’s range and incredible damage will go nicely with her icy lockdown. Bai also has a very solid, worthwhile Teamwork Buff, that increases Back Attack Critical Damage. So if that’s a part of your general Closers kit, consider leveling her to get this passive buff. Of course, I have not maxed her out yet, so she may yet gain more incredible powers. But at this point, closing in on level 40, I have to say that she’s my favorite Closer so far. Get ready to take everyone for a ride in your ice car! Bai’s here, and she’s mighty. There are also plenty of events going on right now to help you get started with her, so if you enjoy side-scrolling beat ’em ups, anime, and lots of damage, give her a whirl.