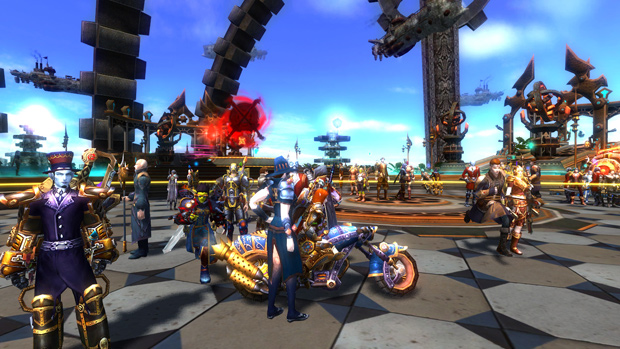 The developers of CoS: Arkadia have been hard at work for a new update for their Unity-based MMORPG. This upcoming version has been tested by many volunteers and will include a slew of new systems including:

The Mercenary System has been re-designed. The way they look, the way display of the interface, and the way they help your characters. Many have different abilities now, and a lot of bosses can be found and added as your mercenaries too. Your old mercenaries will be converted into new looking ones, so don’t worry about losing any. Since it’s not fully done yet, we can only share a picture of the work in progress.

One of the new features we’d like to introduce is Lucky Wheel, all players will have some free chances to get started, and it does have some really nice items. As the system is not completed yet, all listed items are for preview only. It also comes with a weird carnival girl… elf… bling… person.

We developed a Wardrobe for storing Cosmetics in 2.7. It was silly that you could only show one at a time, and the others took up too much space in the inventory. Lucky, it’s an extra-planar wardrobe, so you won’t be seen changing clothes in public. The new system has 3 categories (yet to be named). In addition, there will be more ways to fill up your Wardrobe, all players can spend Shillings and Bound Electrum or real electrum to collect cosmetics in the Cosmetics lucky draw. As the system interface is still pretty rough, the following pic is only for preview (this is a silver version of the Slayer Set… which we have no idea whether or not will be included in the English version, as it is currently only in some other territories)