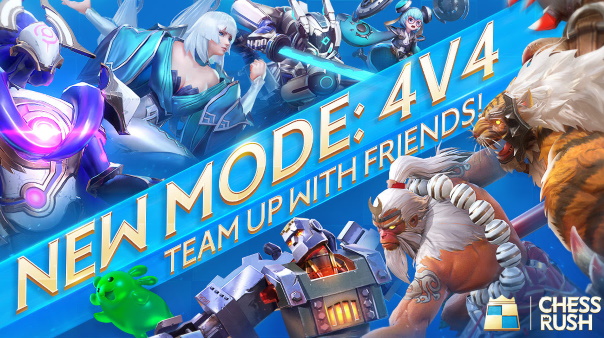 The first season of competitive gameplay has arrived in Chess Rush today, courtesy of Tencent Games. “The Rush Begins” offers a chance at daily bonuses, with the Chess Soul Pass. This update also reveals a pair of new Undead Heroes, Stinger, and Gluttony. New characters to represent players await with this new update. The previously revealed 4v4 mode “Squad Clash” hits the game next week. Thi snew mode lets players team up with up to three friends to do battle against other teams of four players, and put their strategy and tactical skills to the ultimate test. New themed gameboards will arrive with this mode. Those who opt into the Chess Soul pass can earn up to 17 times more rewards when logging in daily for seasonal gameplay.