Chess Rush is a New Auto-Battler from Tencent, Launching in July 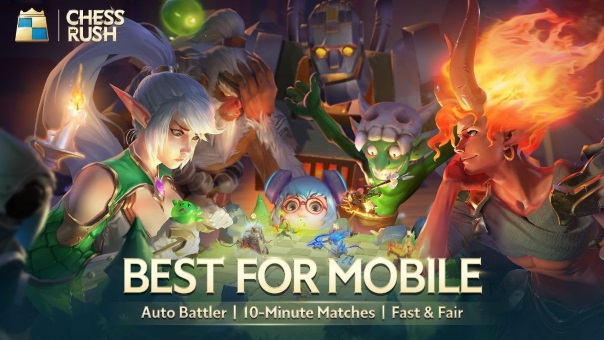 The “Auto Chess” genre is getting some steam behind it, and starting on July 3rd, Tencent throws their hat into the ring. Chess Rush will feature over 50 heroes that will auto-battle on an 8×8 board, and also supports online co-op play. Chess Rush will let players take part in classic matches or faster turbo matches on their mobile devices. In Chess Rush, 8 players will take part in battles, and by defeating the other 7 players, you can claim victory. Turbo Mode will be faster, 10-minute matches, and for players that want to compete with friends, there will be a co-op mode, letting players invite their friends to take on other co-op teams around the world. Co-Op mode will feature four teams of two, each doing battle.

There are over 50 heroes in Chess Rush, and strategy will be key, as formation and heroes chosen will matter a great deal. Players can also strengthen their hero by combining three of the same hero to level them up, and also trigger Affinity Bonuses. Heroes with Affinity BOnuses can be equipped with items to further strengthen them. Interested parties can pre-register skins and other great rewards. It will be available on both iOS and Android on July 3rd, with Portuguese and Spanish editions coming on July 10th.