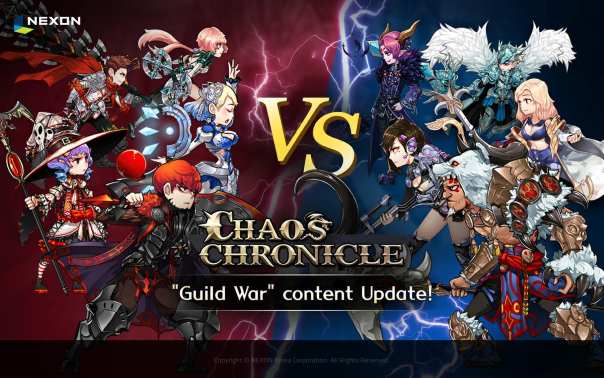 Nexon has announced the launch of its first major update for Chaos Chronicle, Guild War.

Players who log in can celebrate the update with 300 Rubies (plus a 6-Star contract for returning players).