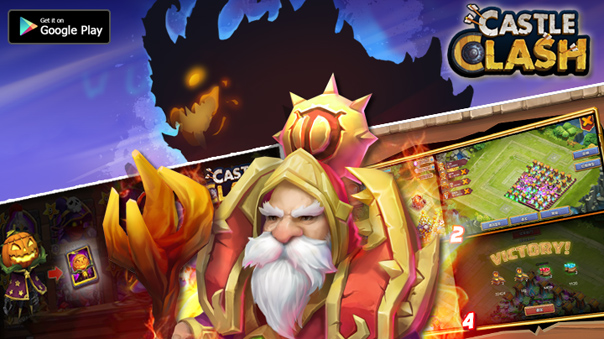 Global game developer IGG(I Got Games) has added exciting new content to one of the Android platform’s most popular strategy games: Castle Clash. The update contained a new multiplayer feature, Wretched Gorge, that further enhanced the social aspect of the game as well as a powerful new hero.

In the new event, Wretched Gorge, players can team up to set their Towers, Hero Bases, and Walls on a 10×10 map. They face waves of infantry attempting to obliterate their base. Enemy Heroes attack until there is nothing left in sight, and if players manage to survive, they face the fearsome Guild Boss and the Lost Realm’s number one enemy.

The new update also introduced players to a mysterious new Hero, Warlock. With the ability to cause heavy damage against enemies and slow them down while adding a protective shield to allies, Warlock provides valuable support to players’ existing armies.

To start playing the game now, or for more information, visit the following Castle Clash websites: