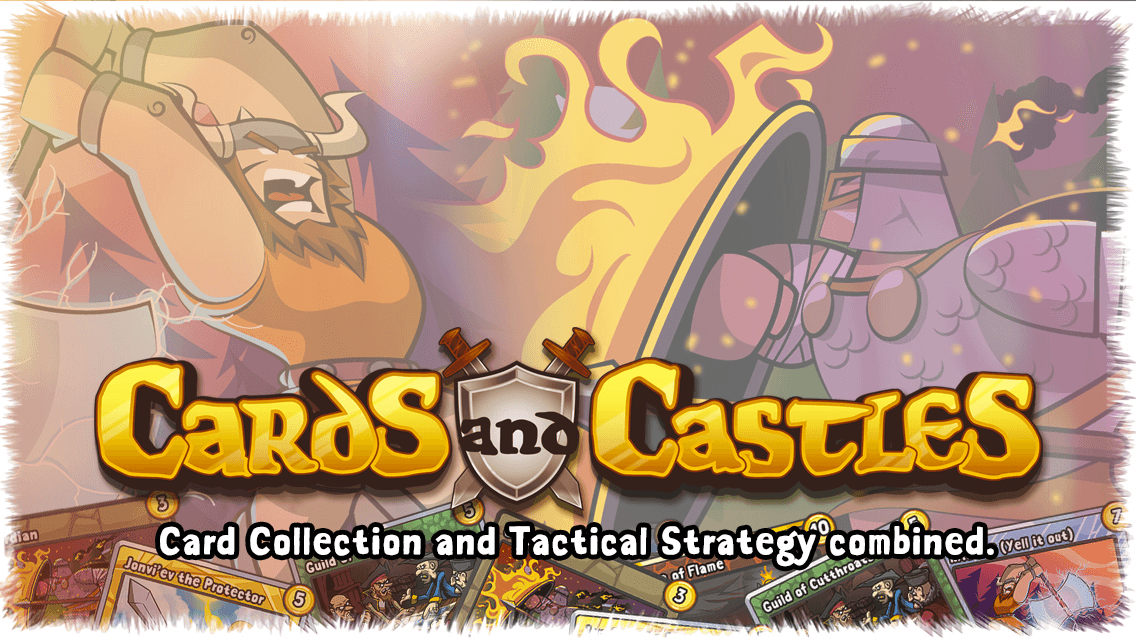 On August 13, indie game studio Bit Mass, LLC will release a major update for its free-to-play game, Cards and Castles, for iOSTM, AndroidTM and Amazon’s Fire OSTM. The CCG and grid-based strategy game, which TouchArcade describes as, “Hero Academy meets Hearthstone,” has been refined, and a shipload of additional features and content has been introduced, making Cards and Castles 2.0 the largest content update yet.

Current unit and spell balancing have been optimized and gameplay is faster paced. Matches are now more intense, time efficient and rewarding than ever before. The game’s already engaging art is revamped, and the user interface flow is even more intuitive.

Pre-2.0, building a two faction deck was standard practice since players could choose from a larger, more diverse pool of faction-specific cards.  With the introduction of “Mono-factions,” players who opt to build single-faction decks now have access to exclusive new Hero Cards, which are extremely powerful, redesigned versions of legendary cards. Mono-faction decks are now viable and competitive alternatives to their traditional dual-faction counterparts.
Newly streamlined deck construction creates a more fun and efficient deck-building experience. Players now can complete their collections more quickly and build their decks in half the time.

With the introduction of a “Mulligan” system, players now may replace up to three cards in their opening hand, making the beginning of a match more flexible. During matches, the fun, new emote system allows players to greet or taunt one another.

“We believe the reimagined Cards and Castles brings even greater appeal to more players looking for a gaming experience that combines the strategy of a traditional board game with the elements of chance and planning of a high-quality fantasy card game,” said Matt Siegel, lead developer. “And we expect current players to appreciate how the game has evolved, with many of their suggestions being incorporated into this latest version.”

The sizeable 2.0 update for Cards and Castles will be available on iTunes, Google Play and the Amazon Appstore, August 13.