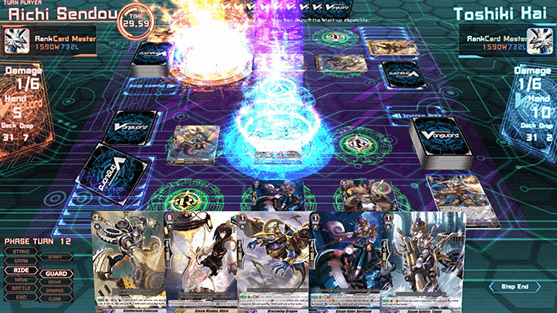 Bushiroad announced that they are taking online digital card game, Cardfight!! Online, to the next level via Steam Greenlight. Steam Greenlight is a system that enlists the community’s help in picking some of the new games to be released on Steam.

Mr. Takaaki Kidani, the President of Bushiroad Inc., shares, “Steam has always been a strong and easily accessible platform in the English overseas market. With the wide range of tools and support available to developers, we believe that having Cardfight!! Online on Steam allows us to better cater to our players.”

Cardfight!! Online is a new online digital card game based on Bushiroad’s flagship trading card game title, Cardfight!! Vanguard, which was first launched in February 2011. Cardfight!! Online will be free-to-play with in-game transactions upon release in late 2015 and will be available in English for Windows PC.