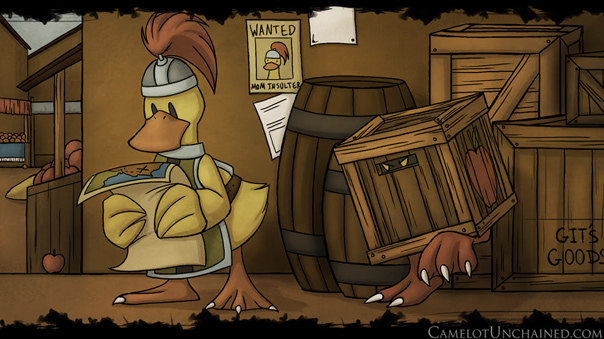 For those that have been following CityState Games’ Camelot Unchained from the start, it should be clear that this company is all about driving their title towards a vision shared by their community. Considering it’s a niche PvP only realm v realm MMORPG, they need to knock it out of the park with their core audience for financial reasons. Well today we saw an example of community driven content updates that is as direct as it gets, since Backer Ortu utilized GitHub to introduce his own spin on an improved user interface for the ability builder system. 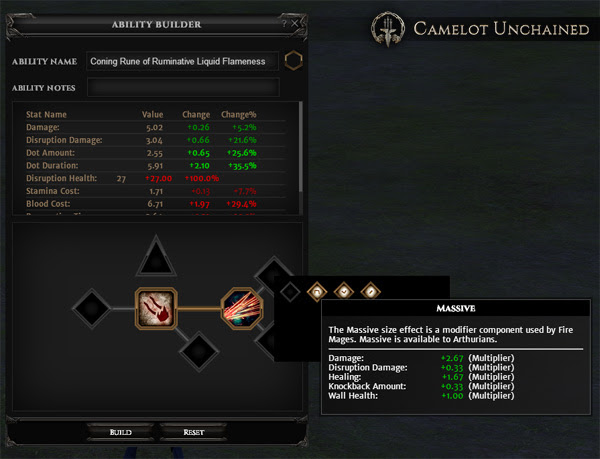 When Lead Engineer Andrew saw the system, he took it and implemented it as the base default for the skill builder user interface on the actual build of the game. While most game developers would rather be filleted by their community instead of admitting to adopting a fan made creation, CityState knew the clarity of the skill components’ impact on the final project was a smart idea and ran with it, improving their product while no doubt speeding up one aspect of the game towards its launch state.

In other Camelot Unchained news, we should be getting word of its next unannounced stretch goal soon, along with a video showcasing particle physics in relation to siege war destroying castles. Andrew has posted a short vine sample of what to expect, so keep an eye out for the full reveal.