Yesterday marked the initial alpha test for backers of CityState Entertainment’s Kickstarter success, Camelot Unchained. And while we’re under embargo from speaking on our personal experience in the alpha, the team has released some stats showcasing the surprising smoothness of how this test went. 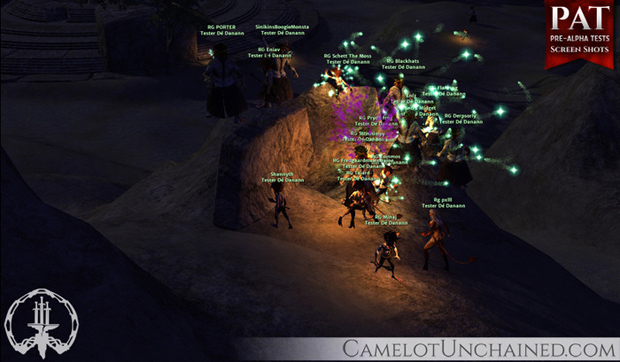 The servers managed to host 150 players from all around the world in a small 400×400 map for hours without server slowdowns. No crashes were experienced during the day either, despite some truly creative combat styles and plenty of spell animations blasting lighting effects everywhere. The customized physics engine successfully rendered spell tracking and collision detection as intended. Overall no major game breaking issues impacted the test at all, which wasn’t bad for an 8 hour first try. 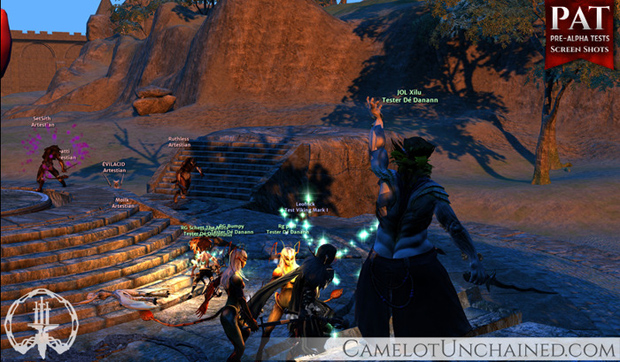 While currently not truly functional, the detailed character creation menu was a huge hit with Roleplayers and min-maxers alike, and people are already putting their thinking caps on to prepare for planning out their ultimate character. 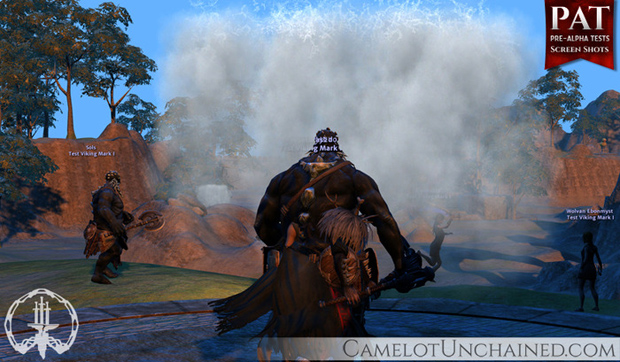 Backers and those interested in learning more about this ambitious PvP MMO can head to the Kickstarter page now to catch more alpha screenshots and read community feedback on the test.