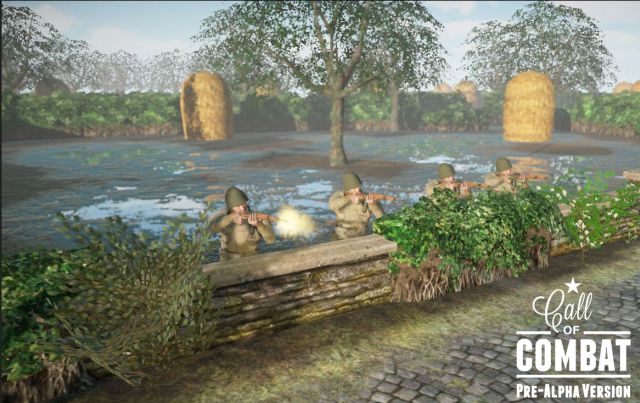 The prequel of Call of Combat was developed in 2002 by the student Florian Käding as a private project. The game was a multiplayer squad-based real-time strategy game set in the Second World War. It soon attracted a large community of dedicated players that kept the game alive for almost 10 years. The support needed to keep Call of Combat running on ever more modern systems proved to be an uphill battle and after 10 years it was decided to create a more contemporary version of Call of Combat.
Now KAVA needs the help of the Call of Combat community, fans, friends and family in order to finalize their game. They have a 30 day Kickstarter Campaign starting today and ends on the 20th of March. During the Kickstarter campaign, KAVA will be hosting a Leaderboard Competition with their Kickstarter demo for everyone who has pledged, in which achievements can be won. With the community’s support, they wish to;

For more information about this Kickstarter campaign, go to www.CallofCombat.com/Kickstarter