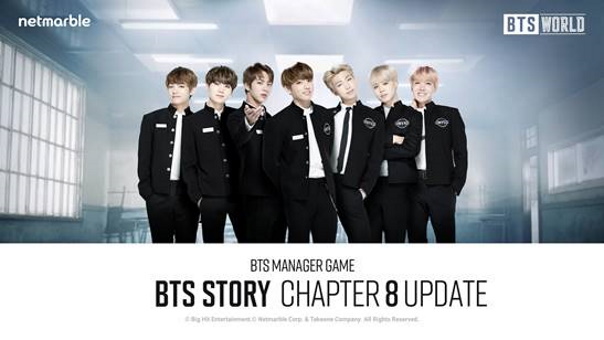 BTS WORLD, Netmarble’s mobile simulation starring BTS has a new update as of yesterday, September 19th. In addition to 56 new costumes being added to the game, a brand-new story chapter comes, with “Chapter 8: BTS Prepares the album in U.S.”.  This will include original content created in conjunction with the band. Seven new five-star cards with costumes from “Boy in Luv”, BTS’ lead single from their second EP, “Skool Luv Affair” are available in this update. The BTS WORLD update also introduces a new mission rule, requiring the selection of specific member and attribute cards for players to clear the new mission.