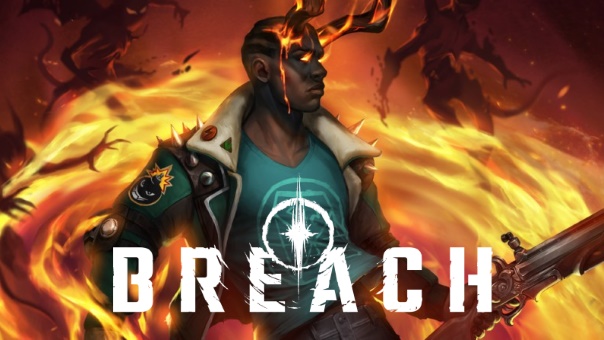 Personally, I don’t really play the popular asynchronous multiplayer games, where a group of players do battle against 1 hyper-powerful character. They seldom feel exciting or even interesting. There’s a distinct lack of balance and pretty boring setups in terms of story. But Breach made me a believer, and after playing with (and coming very close to beating) their developers, I can say that Breach is the game this genre sorely needs. I had the opportunity to play with a few of the devs over the course of a few matches, where I learned about the game, its background, and what makes it special.

The story is what grabbed me immediately – I love ancient mythology of any variety. The way the story works in Breach is that on Earth, mythology isn’t just a story. Those creatures were real. There are people whose job it is to keep the Veil and its creatures from becoming noticed, and that those Veil Demons need to be destroyed on sight. The Minotaur? Real. Baba Yaga? Real. Does she have her dancing hut? I can’t really speak to that. I’m sworn to silence. Four of these Magic wielders team up in areas around the real world, with a decidedly mystic flair to them. After all, they’re doing battle with Veil Demons and their minions, trying to set things right again before the normal folks find out. Each map has the players going through six missions/stages, culminating in a final boss battle against the chosen Veil Demon. As a player, you aren’t forced to be the Demon either, if that’s not your bag. There’s an option that you can check where you prefer to be the Demon. Right now there are 20-something character classes, with each having their own distinct playstyle and special abilities. When you create one for the first time, you make the character your own, in a traditional MMO style. 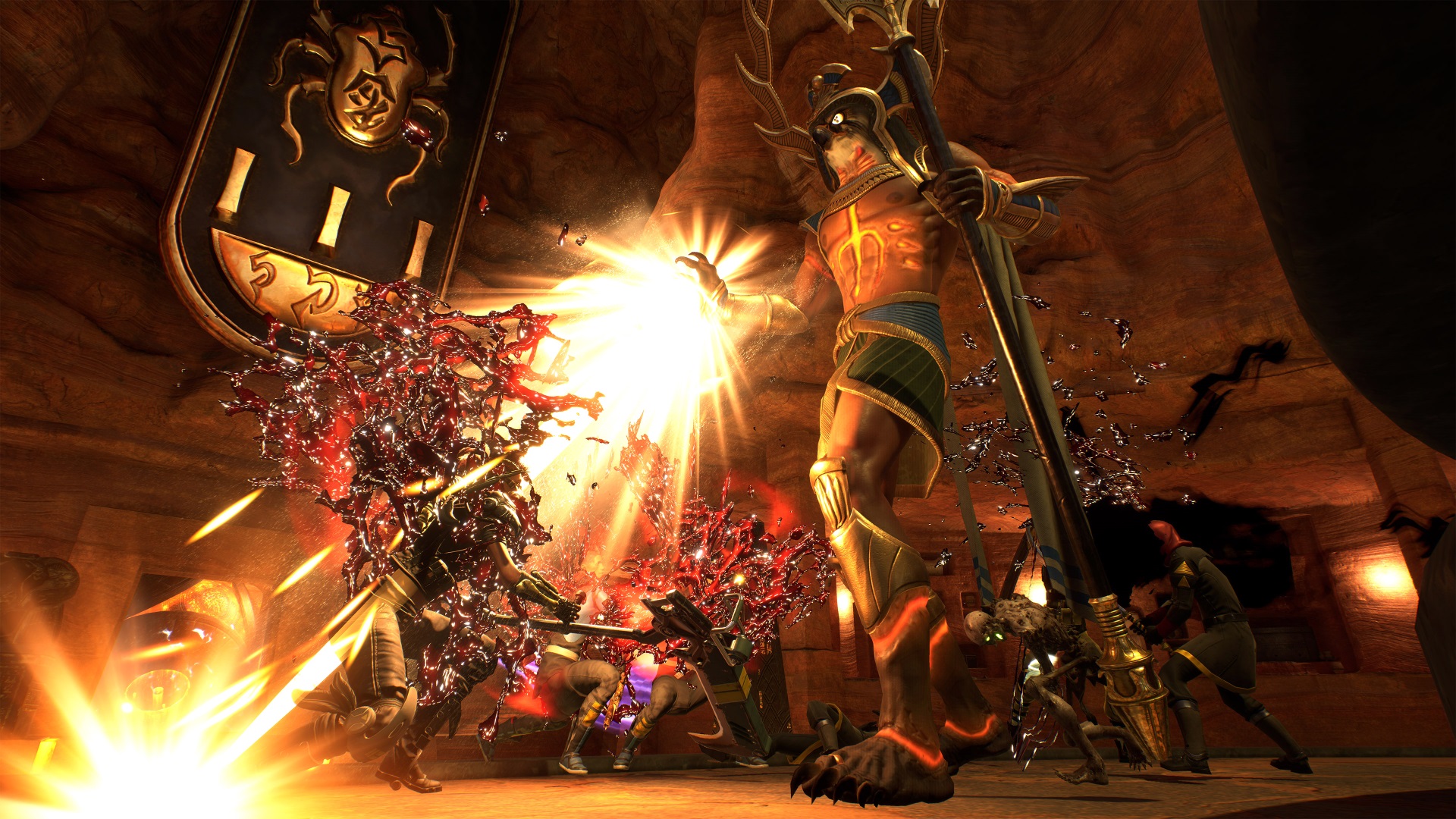 You have your standard archetypes too – Melee Fighters, Supports (Ranged and Melee), Ranged DPS, Tanks, Trap-users, you name it. While there is an absolute slew of character classes, what makes it even better is that they’re grouped into types of magic users (EG: Hedge Magic). Characters in that group can unlock special abilities from the others in that group and utilize them in their kit. So if you say, decide you don’t want to use Incendiary Shots on your Occultist, you can level up a Demon Hunter too, and once you hit level 4 Demon Hunter, you can swap it for say, Binding Circle. There is so much damn customization in this game, it can actually feel a little overwhelming. Instead of being overwhelmed by it, I consider it a challenge to find the most off-the-wall, incredible ways to play that I can conjure up. That’s not all you can customize in your kit, either. You also have Gear, and those items give you new Traits for when you level up in a match. There are tons of these as well, giving even more options. The early ones are the more generic Traits (another use of Dash, use a Health Potion to heal a downed ally, et cetera), but there are more exotic, interesting ones to unlock.

The actual gameplay starts off pretty simple, but there is some advanced stuff to try out when you have your feet under you. If you’re on the Hunters’ side, you travel through six stages, and when you complete one, a timer starts ticking down until the next Event happens. Players who are downed can be brought back to life in a certain amount of time, and there are of course healing abilities and potions to grab, so teamwork is essential. The events vary from “Kill the enemies”, “Escort a Drone”, “Activate a Portal”, et cetera. This would normally be easy enough, but the Veil Demon (controlled by the AI or another player) is here to stop you. Each of the Veil Demons has their own special abilities and can also have two Elite Monsters they can recruit. Normally a stage has two Elite Monsters to pick from, but if you unlock more in the shop, you can use whichever you like. 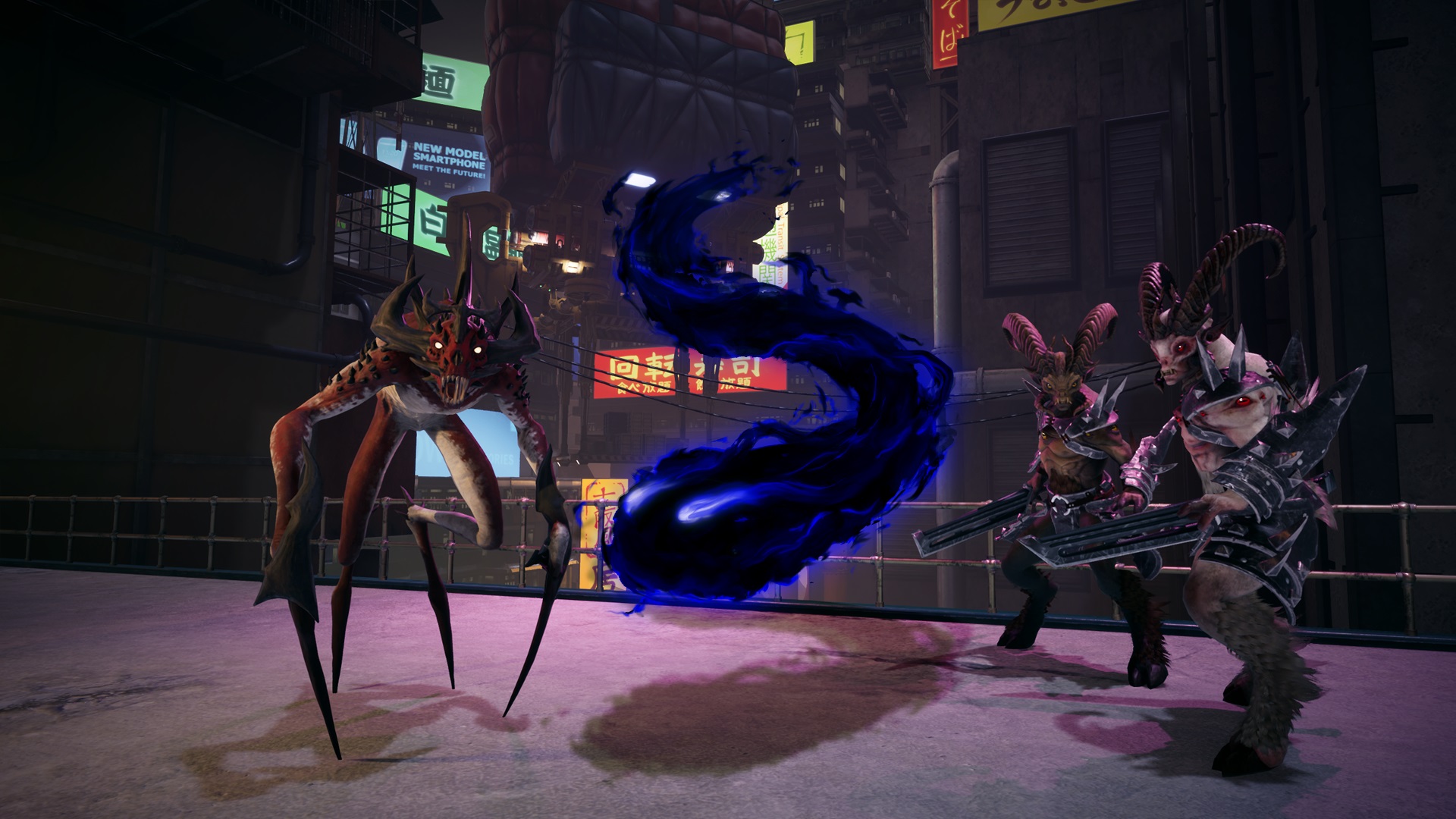 Sure those hero classes are cool, but my favorite part is being a Veil Demon.

The Veil Demon is represented by a wisp of smoke. The Veil Demon’s job is to kill the players, slow them down, and do anything to defeat them. They have their own equally unique play styles and abilities, and they can also possess the monsters on the field, whether you summoned them or not. These Elite Monsters you summon are much more powerful than regular ones, but the boss monster at the end is stronger still. I enjoyed playing as the Veil Demon quite a lot, but I ran into one major problem that I think may need to be addressed. I had “no idea” how or when my powers would be available. So I found myself wasting abilities, then having nothing to use on the Hunters. Some kind of cooldown or resource menu would help that immensely.

The game controls very smoothly, but I was disappointed that my controller did not function in this test. I think that was more of a Steam thing, rather than an in-game issue though. The UI is practically built for a controller, with how many abilities you have access to, where the icons are visually located on the screen, everything about this screams “Play me with a controller!”. The game’s graphics are also gorgeous, and each character and costume is well-designed. I also appreciate that you don’t have to play against other players (as the Hunter/Demon) if you don’t want to. There’s a Solo Mode where you can only play with AI, Co-Op where you play against an AI, Versus for the PVP-minded, or you can make Custom Matches! Is one of your friends running his mouth about how great he is, and that you’re a chump? Set up a 1v1 to find out who is the best! Want to play against just friends but don’t feel like trying to find a queue? Set up a custom match and just go at it. I love that idea because I know so many people who would love to play these style of games but aren’t big on PVP. 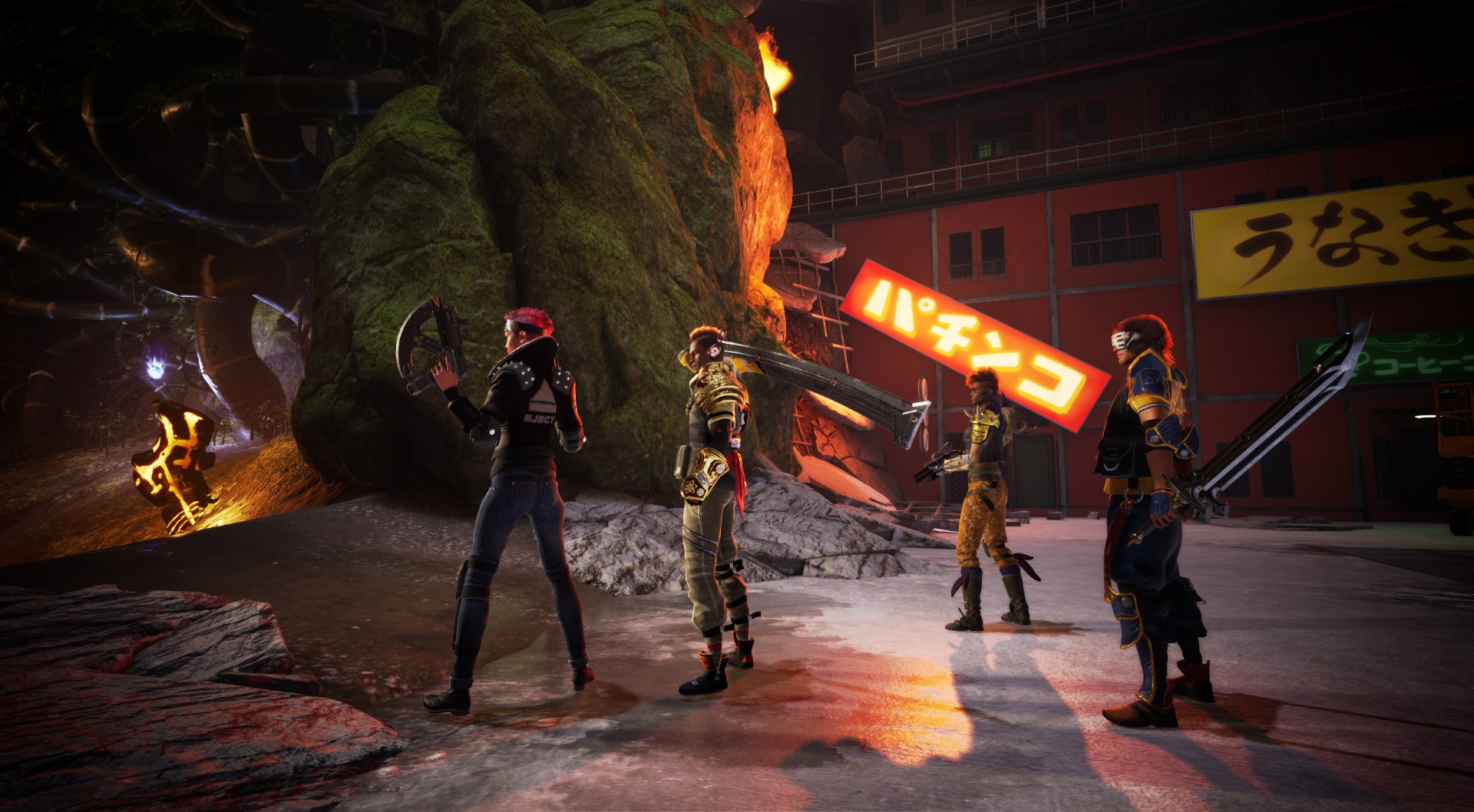 Get ready to squad up and fight evil!

I didn’t expect to enjoy Breach quite as much as I did. This is, as I said, the game this genre needs. It’s reasonable, easy to get into, with plenty of depth and strategy/gameplay options for any style of player. You aren’t forced to play against other players, and while you can spend real money on unlocking character classes/demons/elite monsters, the monetary system is all cosmetic. There are tons (and I mean *tons*) of outfits, weapon skins, emotes, poses to buy. They took the League of Legends approach to their monetization, and I think it will do great for this kind of game. I only have one serious qualm with the game. It has an incredible story, and I’m very vested in it. But there’s no story campaign/single player campaign where I get to get lost in said story! This style of game does not need it, but that in no way changes the amount I want it. Even if it’s some kind of animated series of shorts, or a comic, or something. They have an awesome alternate history story for Breach, and I’m very curious about how it all goes.