Brave Frontier: The Last Summoner Gets Spooky This Halloween 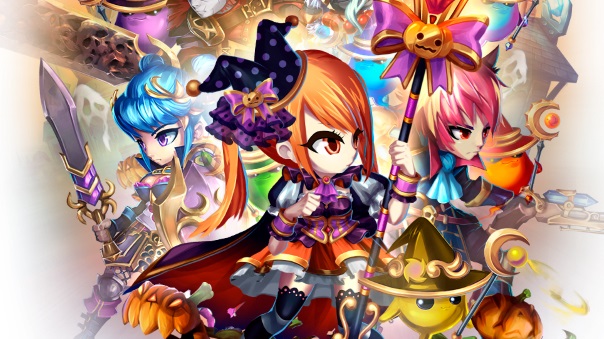 For the next several weeks, Brave Frontier: The Last Summoner will feature a festive Halloween Event. In it, players can play as Caleb Hadeslay, Jasia Nightvoice, Elaria Krux, and Ingvar Jotunn the spirit hunters engaged by the Vordaria Empire to hunt down a mysterious girl (Lucy) in the city of Uppsa. The Festival of the Spirits is currently happening in the city, this will not help the spirit hunters in their task. Uppsa is transformed into a special map with 90 new dungeons and 1 secret quest unlocked after beating the story. There are also Halloween Crystals to collect to open Portals for a chance to acquire Lucy and the Spirit Nymphes as playable characters. Players can also use the Crystals to craft new Halloween weapons. Weapon crafting also came in recently alongside some new skills features.