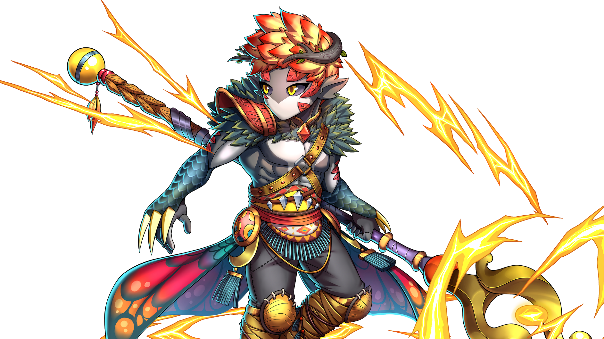 An absolute wealth of events are coming to Grand Gaia as Brave Frontier celebrates the coming of Autumn. This will last from August 28th, through September 25th, 2019. The “Login Campaign” will last from August 29th – September 25th, and has rewards that total: up to 9 gems, up to 3,300 Duilleagan Tokens, Elemental Golems, and much more. The “Unit of Choice” campaign is back as well, and players can pick up one free unit of the Summoner’s choice. All you have to do is log-in for 21 consecutive days, and the Unit of Choice list will include Raid Class 7 units such as: Hakuzao, Giselle, Vrana, Katerin, and Czorag.

There’s also another free unit to pick up for this event, from August 29th – September 25th, and that’s Hyshka. Hyshka’s belief in the balance between nature and humanity is born from an appreciation of the ancients, and their contributions to the modern world. He can be picked up by logging in daily, or by exchanging Duilleagan Tokens at the Autumn Bazaar during this time frame. We have further details of other events below, so don’t miss out and hop back into Brave Frontier!

Autumn Dungeon: Re: Generations  (August 29 – September 25, 2019)
In modern times, the descendants of the druids have renounced their bestial ways for civilization. Feòra, a moody, teenaged beastkin, takes a walk on the wild side when she encounters Hyshka, an aspirant of the Old Ways. Can this unlikely duo bridge the cultural gap to solve the woes of the woods?

Frolic in the forest dungeons to collect Duilleagan Tokens, and grab this chance to obtain a first mission clear Gem!

Re-Run Moonlight Harvest Dungeon (September 11 – September 25, 2019)
It is said that every autumn in Aimyhr, a moon fairy descends upon the land to revel among the mortals during the annual Harvest Festival. As you stroll through the forests, you encounter a strange girl named QiuTong, who beckons you over for a round of games!

Gain various materials as rewards from playing “Autumn’s Moonlight” and “Rabbit Chase!” in order to craft a unique sphere – “Gibbous Trinket”, that is only available from this dungeon!