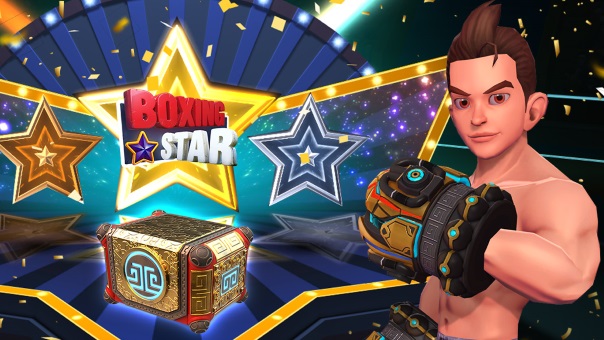 FourThirtyThree is proud to celebrate their first year anniversary for Boxing Star with a wealth of content. With this anniversary comes a new update, which adds a new mode – Knockout Mode. Players will do battle in consecutive matches against players worldwide, and can pick three characters, and fight matches until they defeat everyone – or until all three of their boxers are knocked out. Every victory adds Knockout Points to move them up the rankings for each Season. Each season will open weekly, and participants can earn K-Coins for items in the Knockout Shop. This shop will have Catalog Gear and Upgrade Only Gear.

This update also adds the new Hand of God Omega Fusion Set Gloves. This pair of gloves has a devastating MegaPunch that has up to seven consecutive punches, and these are not affected by the Weaving slow motion, making it more difficult to evade overall. League 10 has also opened as well, and only players with 7,000 or more Star Points can join this new top League. To celebrate this anniversary and update, there are several 1-Year Anniversary Events to tackle. First up are the 1-Year Anniversary Gloves, and are being sent to players who logged in during the event period. The second event will be the new 1-Year Anniversary Missions Event, where Missions can be completed to gain Mission Points, which can in turn be used on in-game items.