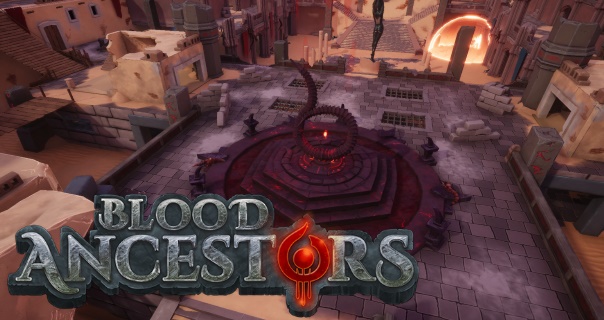 See these? These are my kid gloves. I’m putting them on special for this preview, because Blood Ancestors is so early alpha it’s not even funny. Even their splash screen says “BUGS” all over the place. This game has em. Get over it, if you’re going to look at it, at this stage. Otherwise, go play a game without bugs. Like… um… like… Yeah I got nothin. 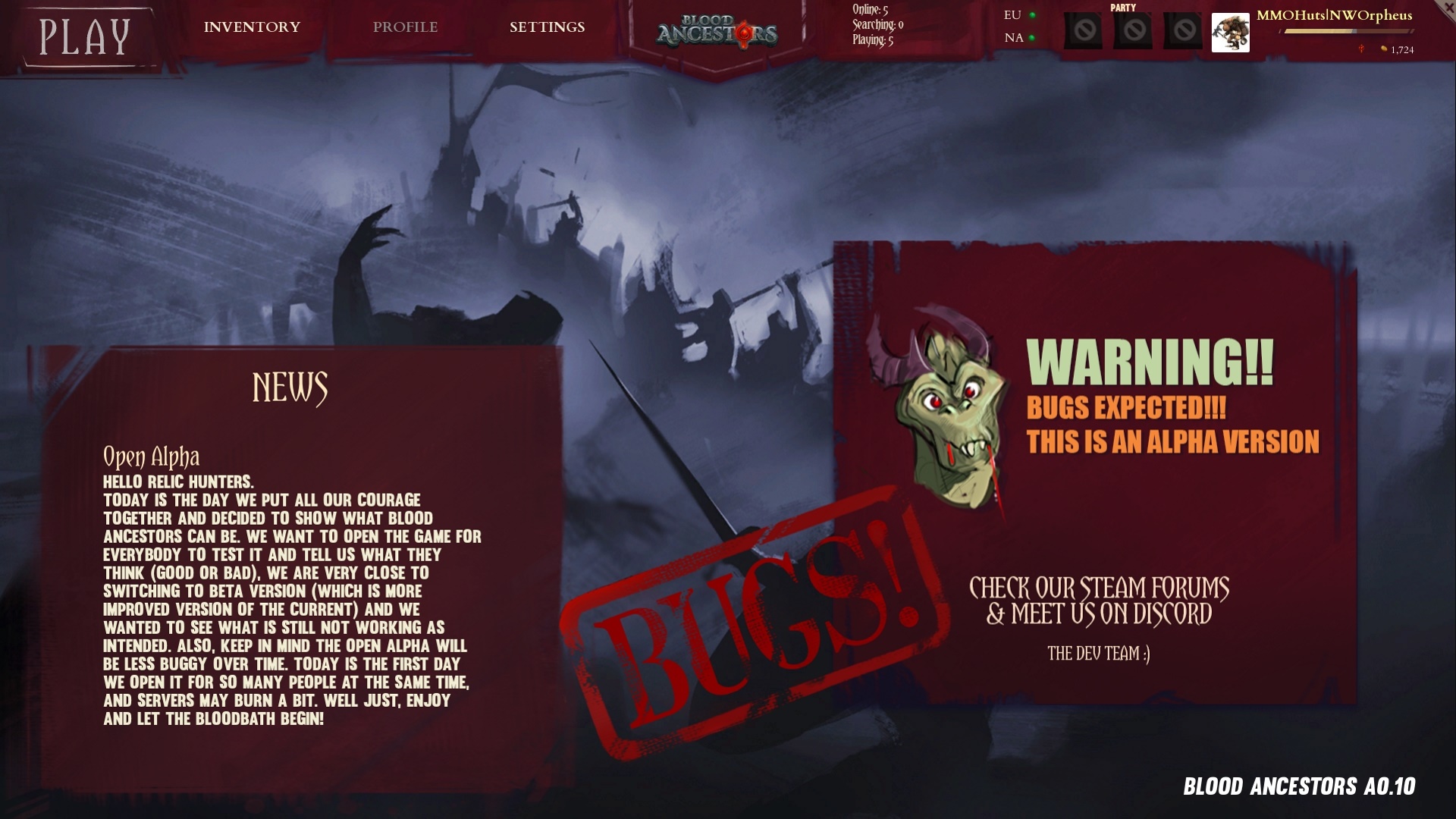 I played a game without bugs once. I think? Maybe?

Now that’s out of the way, let’s get down to business. Blood Ancestors is a free-to-play 5v5 arena type game, in the ilk of Paladins, Overwatch, etcetera. The art and style of Blood Ancestors though is very dark, almost to the point of gothic. If you’re at all familiar with the old first person shooter Hexen that might give you some ideas.

There is currently only one mode in Blood Ancestors, and that mode has two maps. By all appearances from the selection screens there will not only be more modes in the future, but a ranked mode in the future, in addition to the current “casual” mode. As it stands, you only get to play “Relic Hunter” mode in casual. That’s okay though, because Relic Hunter is pretty darn fun!

Two teams are formed. Right now, as the game is in early alpha, the majority of the two teams are made of bots. No, the AI isn’t great on the bots, but at least it’s equally bad for both sides, so there’s that. Players must pick one of five classes: Templar, Priest, Sorcerer, Bloodshed, or Shade.

Who says I ain’t got no class? I got class fer days!

Templars are your standard tanks, and Priests, healers. Sorcerer and Bloodshed fill the role of ranged and melee DPS respectively, while Shades pick up the job of flankers. While there are only five classes currently, the class selection screen would be indicative that the folks at Snowpeak Studio intend for a large number more.

What is neat about Blood Ancestors is you can actually fine tune your skill set, after selecting a class. Each class has a main primary and secondary skill, as well as a set ultimate special attack. You additionally have 3 skills that are customizable, each having at least two options to choose from. Sorcerer, at least, has 3 for its third skill.

The primary objective in Relic Hunter for each team is to charge the relic with blood. This is done by standing at the relic, while making sure your enemies are not in the area of the relic’s power. The blood you’re charging the relic with is your own, and will cause your health to deplete over time.

Once that is accomplished, one player from the team must focus on the relic and transform into a large grey demon. The demon loses the skills of whatever class they had before, and picks up a new set. These skills not only let you lay waste to your enemies, but they also allow you to drain some of their health. You’ll need these skills, and the help of your team, if you want to score a point.

The demon then must traverse the playing field to a portal at their enemy’s spawn, before the enemy can reduce their health to zero. Herein lies the second objective: there are two nodes that can affect the relic demon. One affects the demon’s speed, and the other its health. If your team controls the nodes, they affect your relic demon positively. If your enemy holds them, the opposite is true.

Me, before coffee in the morning.

There can be a large deal of strategy involved in deciding whether or not to capture these nodes, leave them neutral, or even in the hands of your enemy. Is it worth fighting, when you could be carrying the payload? The choice is up to you and your team, but it must be made before the demon is summoned. Once you begin carrying the relic back to your base, the ownership of the nodes is set.

All in all I had a good bit of fun with Blood Ancestors. It feels like it needs a lot of polish, and some serious thinking through if it’s going to be competitive with some of the other games, but I think no matter what it will always hold a small niche following, at the very least. The layout of the maps keeps things interesting, and the combat is fairly fast paced. Playing as the demon is most excellent, and you definitely feel powerful as you tromp towards your enemy’s base. Be careful though, because if you’re not careful, you’ll end up with your ancestors: in the ground.