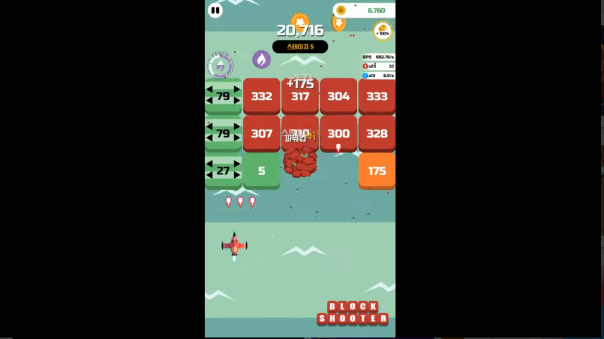 Block Shooter revealed a new update today, that is now available worldwide with quite a few new features. This new update will add Boss Blocks, that players will have to overcome every four stages. There will also be Fruit Items, that fall after destroying each block. Catching these will increase the player’s score. Missiles have also been redesigned, and there are a total of 24 missiles that can now be unlocked. Finally, there is the addition of Instant Jump – by catching the dragon-style figure, a user will be invincible for a few seconds, and it vastly increases their score.

“Nobody thought that Block Shooter would have Bosses in the future, nor that it would conquer Latin America in such a short time. Due to its simplicity and high addition, the
game will bring new updates in the coming weeks.” Inferred Shaun Kim, General Manager of Playwith.