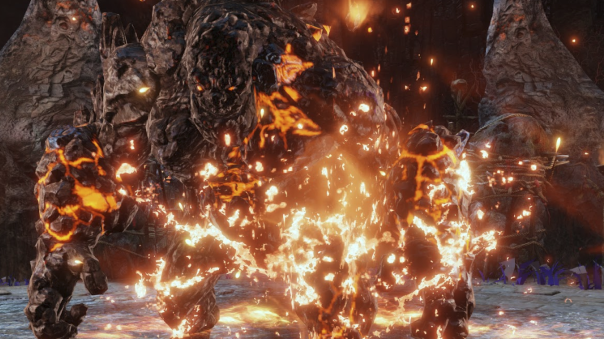 Bless Online announced today that a new content update is coming to the F2P MMO on February 20th, 2019. With it comes the level 50 dungeon, Urdaata War Fortress. It can be tackled once per week and can have a maximum of ten players in a group to challenge this content. The bosses include Corrupted Aelia, Ikichi, and Lava Golem Maglam. Players can be rewarded with a variety of items, such as powerful Rings and Necklaces, Rare/Heroic Armor and Items, Enhancement Materials and more. Those who conquer the final boss, Karata can also receive Rings, Legendary Weapons, Figures, Heroic Spirits, and much more.

There are also new cosmetic items to be purchased, such as the Winter Sky costume (2600 Lumena), and three new leopard print headbands (400 Lumena each). They also discussed that they are working on improving their update cadence, as the community pointed out there has been a lull in communication. They want to assure their community that there are more updates coming and are working hard to improve the game. There will also be a Producer’s Letter next month, which will have details about the updates they have planned.