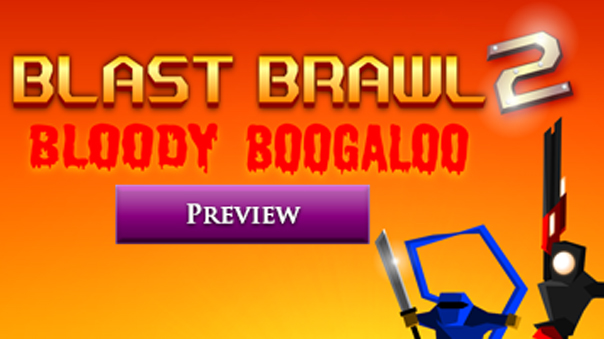 Sometimes you just play a game to relax, letting go your daily worries to have a joyful time. Well Blast Brawl 2: Bloody Boogaloo is there to make your day even worse, to have that extra feeling of defeat when dying for the gazillionth time making you question whether or not the gods absolutely hate you. Despite all of this, somehow I keep returning to this purgatory, hoping that it will be different the next day, all in good fun though. Because Blast Brawl 2: Bloody Boogaloo isn’t only a mouthful, it is an extremely challenging and fun game. 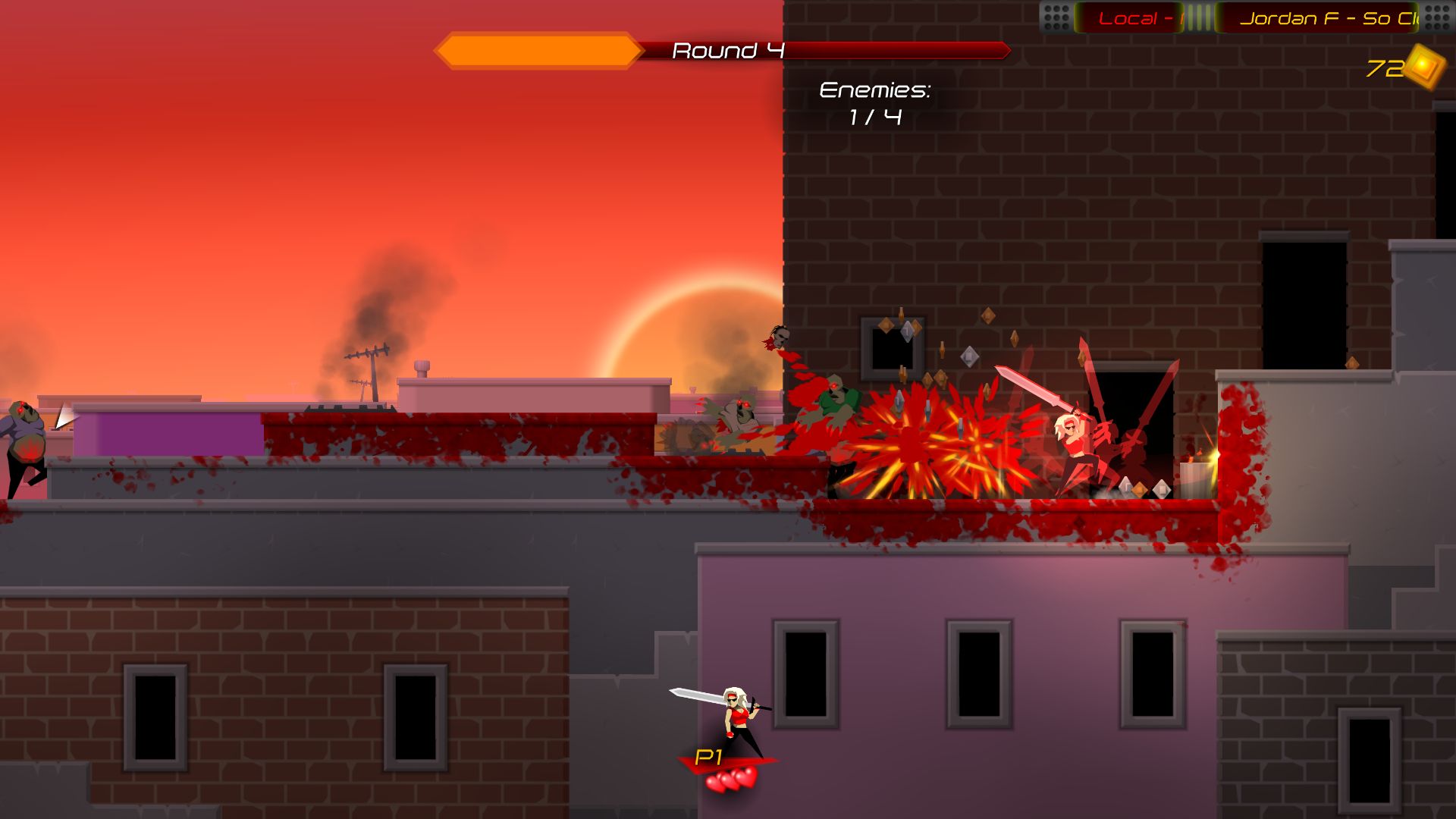 When you first start playing, you can only choose between two characters – The Brawler and the Warrior. Using them you will battle to unlock the rest of the roster in single player mode across four different maps. And each of these maps have a different setting, and although I’m not completely sure, it also feels like the difficulty between these levels is quite noticeable. But since every single hit is a kill or death, it’s a bit too frantic to confirm for sure. You just have to make sure you don’t get hit. And unfortunately that is easier said than done, because this game literally tries to kill you without pause. If the enemies don’t get you, random falling meteors will. 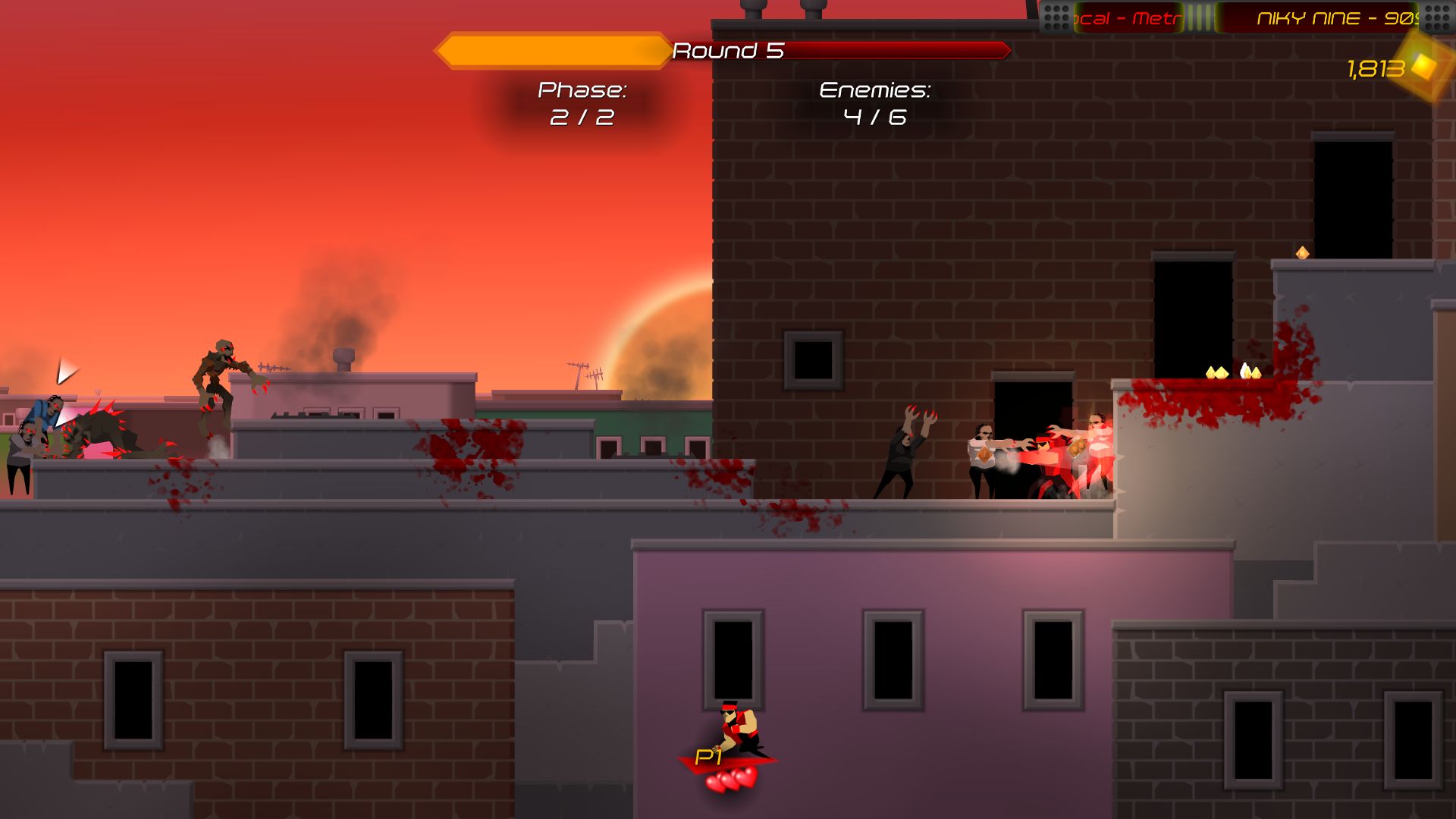 The single player mode is where you train yourself to prepare for the battle with your friends. Currently the game is lacking some serious depth. The main reason you play is to unlock all of the available fighters and their unique abilities. But after you have unlocked all of the characters that cost 2500 gold each, you basically have no actual reason to return to the single player mode except for training yourself or masochistic tendencies. You get pounded by wave after wave of enemies with unique sets of abilities to keep you sweating. As you can imagine, each round you get further, it gets a lot harder. Thankfully with clearing each round, you get an extra life to spare. So if you are like me, and would like to die a lot, well at least you can do so. 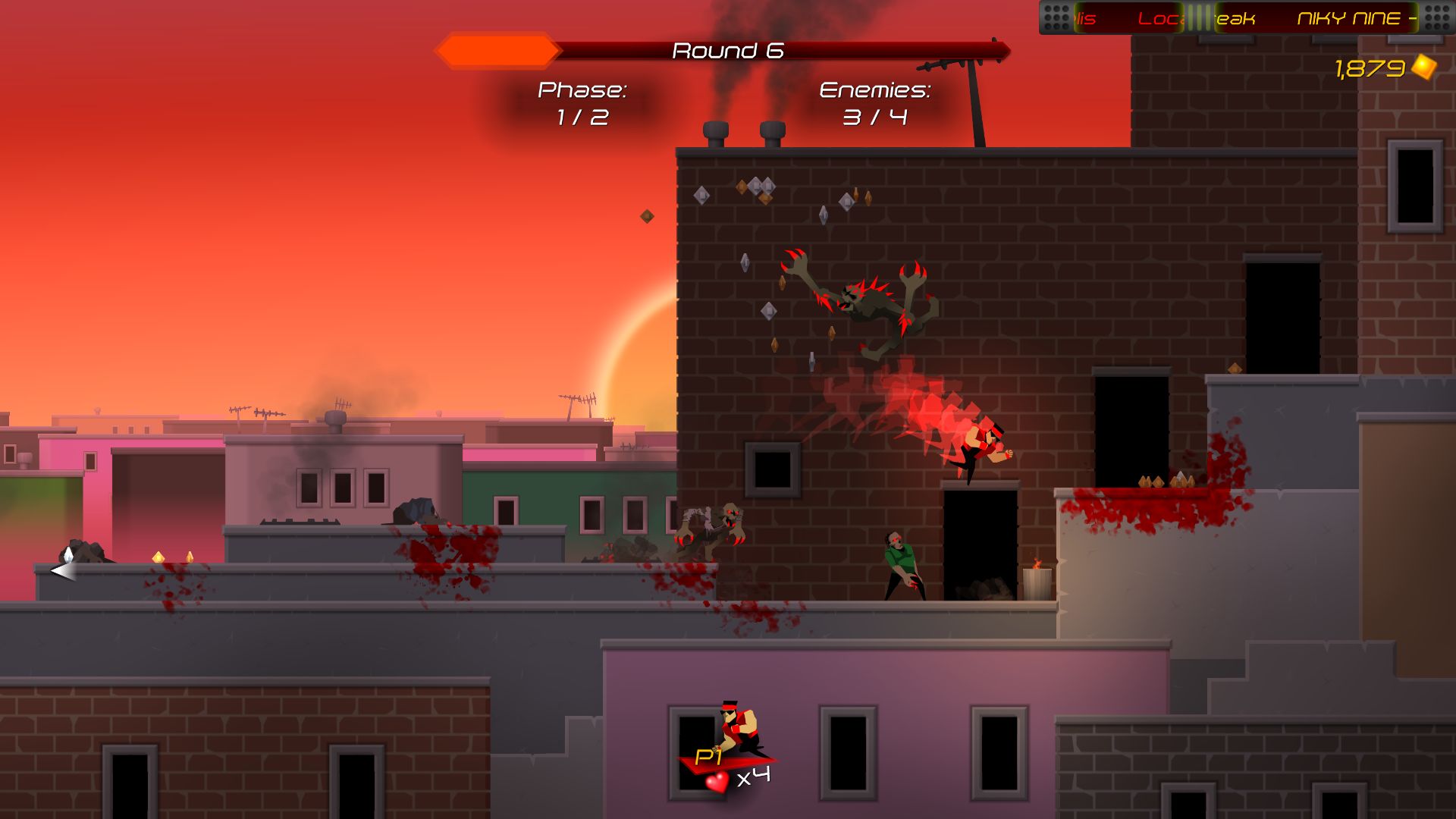 Most characters have two unique abilities, but only one that actually kills. The other one is more meant in a way to either dodge attacks, or make sure your enemy flies as far as possible so you get the chance to breath for a couple of seconds. You see, Blast Brawl 2: Bloody Boogaloo isn’t just a weirdly named game, it’s a challenge you have to overcome. As I said earlier, the game lacks some serious depth, which is fine since it’s in early access, but the main developer works on the game a lot. It is also easy to get in touch with him, because he reads every single reply on the forum. Now onto the main part of the game, which is the multiplayer. Unfortunately actual online gameplay is currently not available, so you will have to do with your real friends for now. 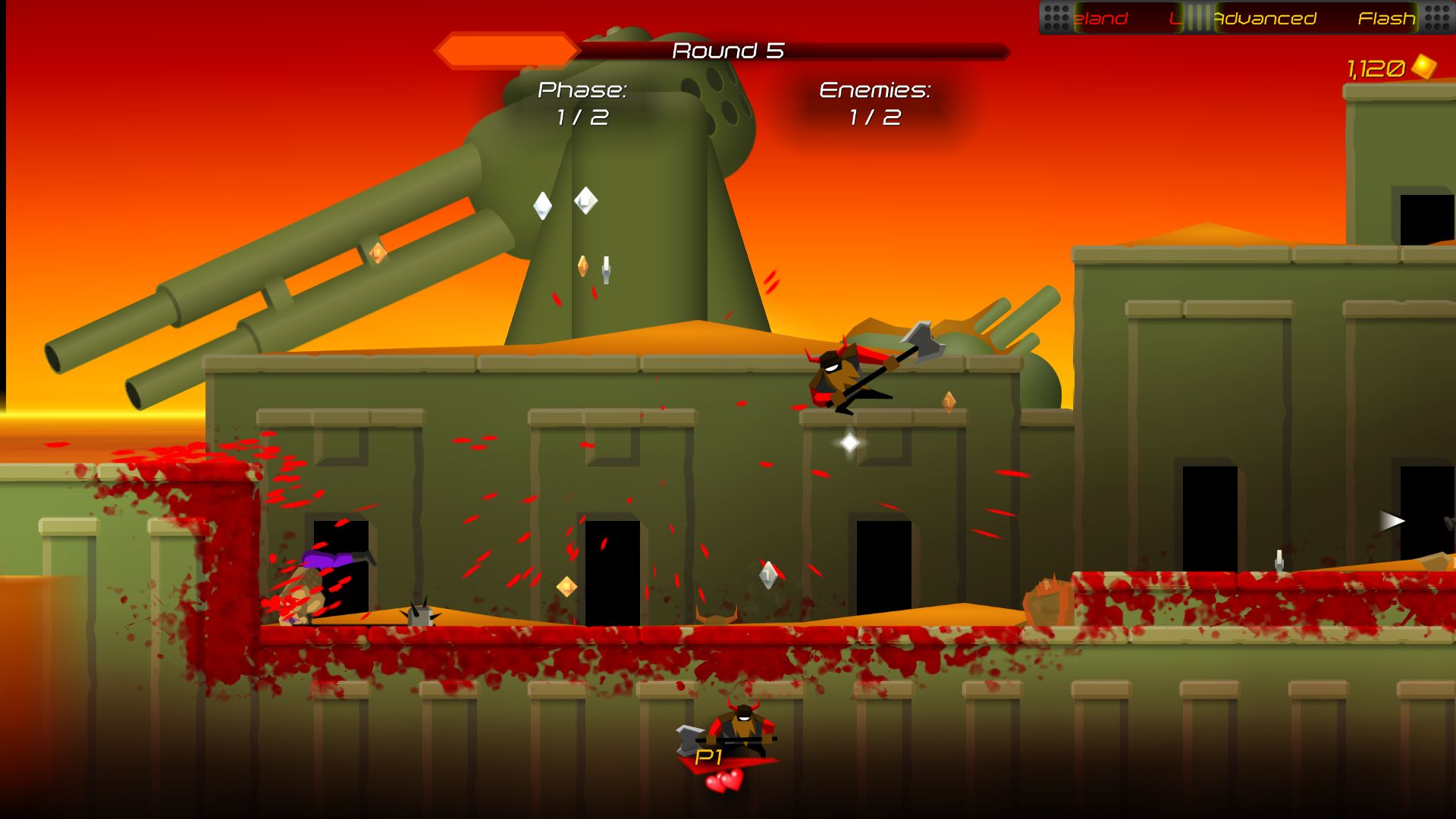 Blast Brawl 2: Bloody Boogaloo is a party game designed with couch co-op in mind. Hand all of them a controller, fire up the game and let the carnage begin. Since every actual hit that isn’t blocked is a kill, chaos ensues, especially if the game world is also trying to kill you. Yes meteors fall from the sky, and you will definitely get hit a bunch of times. After only an half hour of playing, you will already notice your hatred of your friends building; that is just normal. If you aren’t good at the game, this hatred grows much faster as jealousy sets in towards that one super reflex champ every group of gamer friends has. In the end you just end up grouping up to kill the sucker, and before you know it a couple of hours have flown by and you’ve had a blast of a night.

State of the Game: Good

Unfortunately this is about it for the game. There isn’t really a reason why I would still be playing this game in a few weeks’ time right now. I’ve had a lot of fun playing this game together with my friends, but after unlocking all of the available classes I do not see myself booting up the game again just to play by myself. The game in its current form is just a party game, and perhaps if they add actual online multiplayer I might return, but for now I’ve had my fun, and will probably only play it if my friends come over and want me dead. Over the last few years we haven’t seen too many party games like Blast Brawl 2: Bloody Boogaloo, but it does a fine job of being that particular couch game to bring frustration and hilarity to the occasion.