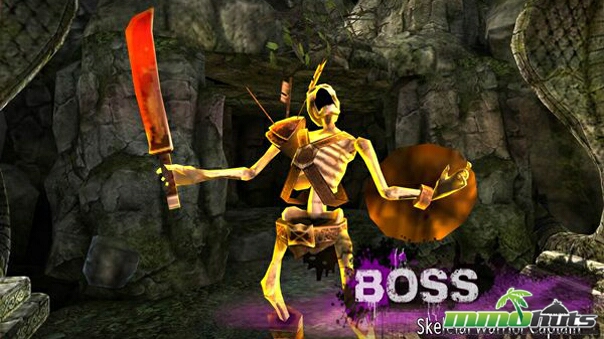 When it comes to 3D action online mobile games, I’ve already set myself up not to expect too much. Either the game runs smoothly while it looks disgusting, or, the game would look really good, but my tablet/phone/internet can’t keep up with the load the game has.

Thankfully, 4:33 Creative Labs’ Blade: Sword of Elysion, was able to balance both good visuals and a solid gameplay experience I never expected was possible while on the go. 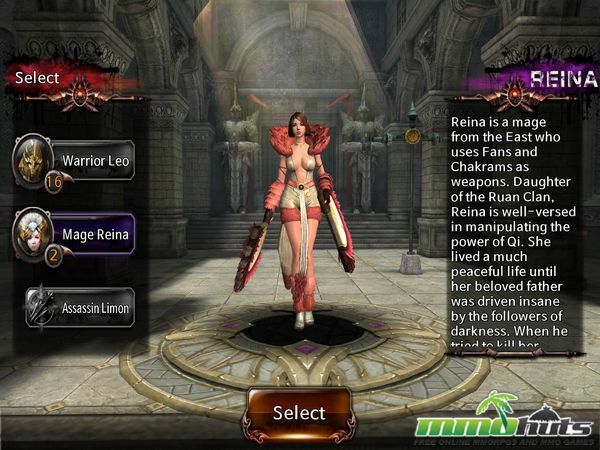 Class customization is sparse outside of gear and skills.

Blade: Sword of Elysion, takes you on the journey of three different heroes out on the quest from the Archangel Ramiel to save the Empire of Argon from itself. Slap in the random resurrection of the ‘Dark Lord’ for good measure and you get the idea. You’ll be taking on the role of one of the three characters which are, the Warrior Leo, The Mage Reina and the Assassin Limon. The game, surprisingly, allows you to play the three characters interchangeably to probably stop you from getting too bored with one character.

B:SoE follows the typical fetch and kill quests that the game just hands to you from the start. Most of the quests will have you go through dungeon instances which are in a numbered sequence per zone. Each dungeon has three mode of difficulties which are normal, hard, and extreme. You can go back to these dungeons to farm gold, gems (premium currency), or armor and weapons of varying rarity.

The other higher difficulty monsters don’t switch it up in terms of the monster mobs you face. But, what B:SoE will do is increase the damage output of the mobs you’d be facing per dungeon difficulty increase. Since the game also expects you to grind through these dungeons. You can have the game auto pilot your character as long as you’ve successfully finished a run of the dungeon on the difficulty you’re autopiloting.

The bad thing however in auto combat is that your character is just a killing machine who powers through enemy attacks and won’t really block. So just because auto combat is an option, don’t expect it to be a 100% success chance, especially on missions you barely made it through manually. 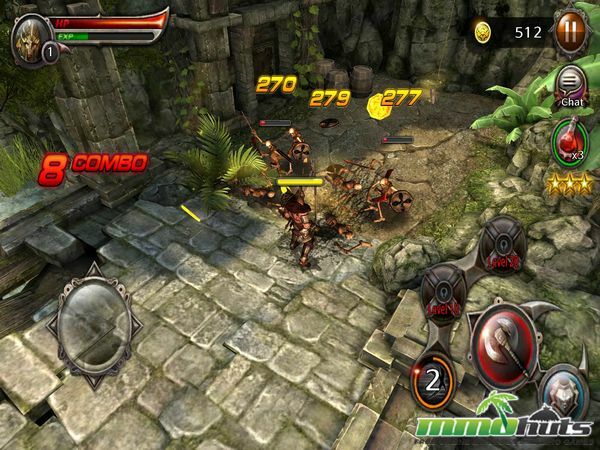 Combat is solid except some issues with autolocking targets.

You can also auto combat your heroes through the infinity dungeon as long as you already reached and finished the stage you’re auto piloting.

B:SoE uses the typical virtual gamepad control scheme. You have a dedicated direction pad while your action buttons are related to three active skills, the auto attack button, and a dedicated blocking button.

The game’s controls are surprisingly smooth and responsive unlike other games using the same control scheme. There is little lag between the command inputs and your character’s response time. This is really important since the game also has a live PvP system. I also liked that there’s no intersecting of “buttons” in the active skills/attack area so that the only reason you missed an attack is due to your own incompetence rather than the game controls or UI.

With that said, I really love how the game’s combat system, like its controls, are smooth and really visually impressive. You’ll feel every hit you receive and dish out, and that you’ll be given that sense of accomplishment as the game also tracks your combos. I also love that the game doesn’t go overboard with the visuals. You won’t have to worry about sensory overload during those intense sequences where enemies swarm from all directions, which will keep gameplay clear even on smaller devices.

In fact, I think this is where the Unreal Engine really shines for B:SoE. You’d be facing about ten to twenty mobs all at the same time but the game doesn’t slowdown at all. Well, unless you are using a really old iOS device which of course is not advisable for the game because the game won’t even load properly.

Another thing of note on the necessity of the game’s combat smoothness is B:SoE’s counterattack system. If you can properly time a block against an enemy’s attack, you’ll automatically counterattack. 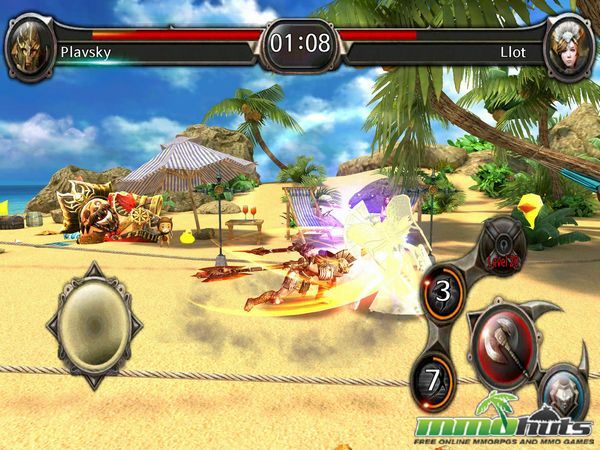 Counterattacking is a tiny feature that makes a huge difference.

What I don’t like though is the fixed camera angles the game gives you because it blindsides you on certain maps. I also don’t like the game’s auto targeting system because you have to really be precise with where your character is facing, especially on high density mob instances.

Since the game is mostly combat centric. B:SoE, rewards you with tons of equipment and loot after every successful dungeon run. This leads more credence to using the hero swap system since you’ll only receive loot rewards based on the hero you complete a dungeon with. On the other hand, if you only like using one hero this will prevent you from being rewarded with gear you won’t ever use.

The game ranks each weapon and equipment by rarity and tiers. You can however, improve any of the equipment’s rating by using other items as ingredients for upgrade and evolution.

Aside from the inherent stats your weapons/equipment have, some weapons/equipment have extra passive skills that can aid your units in battle. Some examples are weapons with life steal and attack speed increase or armors that have HP recovery boost. The game also allows you to refresh your skill options through a cash based item. 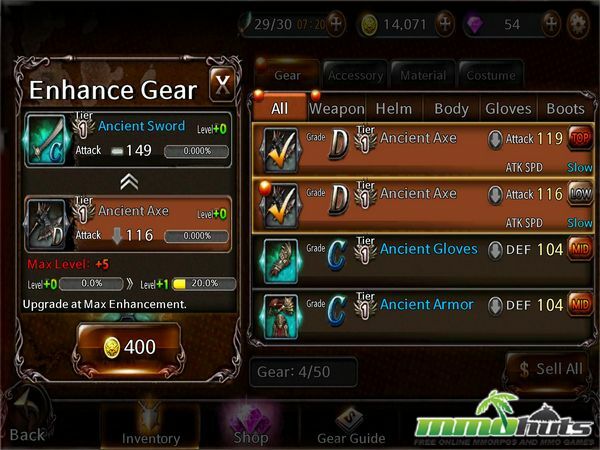 Your other options of acquiring high-tiered/high-rarity weapons is through cash-based purchases. You can randomly get a weapon or equipment of a certain rarity this way. The disparity of this kind of system will be evident in your early stages of gameplay. Since the equipment you earn this way and through quest drops will be the equipment you’ll be using even as you PvP. Early on cash shoppers will be putting a whole lot of hurt on regular non-paying players.

However, as you approach the game’s late game the equipment drops start to feel on par with the cash shop gacha gear, making the difference in power negligible. This is what I like about B:SoE; after a certain level, it’ll boil down to how well you play the game.

Just like in fighting games, timing will be important in the higher levels of PvP. And since you can counterattack opponents to interrupt their current barrage, the block system becomes integral to rising through the ranks. No matter how powerful your gear, if you can’t get through someone’s blocks, it won’t matter.

Overall, I must say that I truly enjoyed my experience with Blade: Sword of Elysion. I loved how the game smoothly plays and how visually beautiful the game is. However, I can’t deny that it will eventually feel grindy past a certain level which is a game killer, but what can you expect from a F2P game right?

If you’re looking to a really solid action RPG in the iOS, Blade: Sword of Elysion is just the game for you.