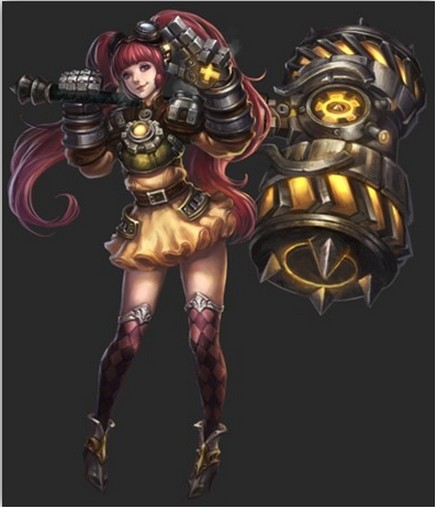 R2Games has released a fourth playable class for Blade Hunter, the free to play beat ’em up action browser MMORPG. Hot on the heels of Blade Hunter’s January update, which introduced Mounts and several game systems, the all-new Mechanist class brings industrial flair and a range of new combat abilities to the side-scrolling fantasy MMO.

Wielding a jet-powered hammer, the Mechanist brings her keen intellect and a suite of deadly inventions into battle. While the Knight uppercuts enemies with an enchanted sword, the Mechanist uses a cast-iron fist. While the Valkyrie punishes foes with the ancestral power of illusion, the Mechanist sets her hammer on fire and spins through the crowd. And while the Rogue relies on demonic rage to beat the odds, the Mechanist takes no chances, unleashing a barrage of Stormfire missiles.

While the Mechanist is sure to make an impact on the Blade Hunter battlefield, this new character is only one of many features included in this update. Players will discover a slew of fresh improvements, including a raised level cap, a brand new quest area, guild-exclusive events like Scepter Defense, and more.

Full patch notes can be found on the official Blade Hunter site: http://blade.r2games.com/index/view?postid=6414