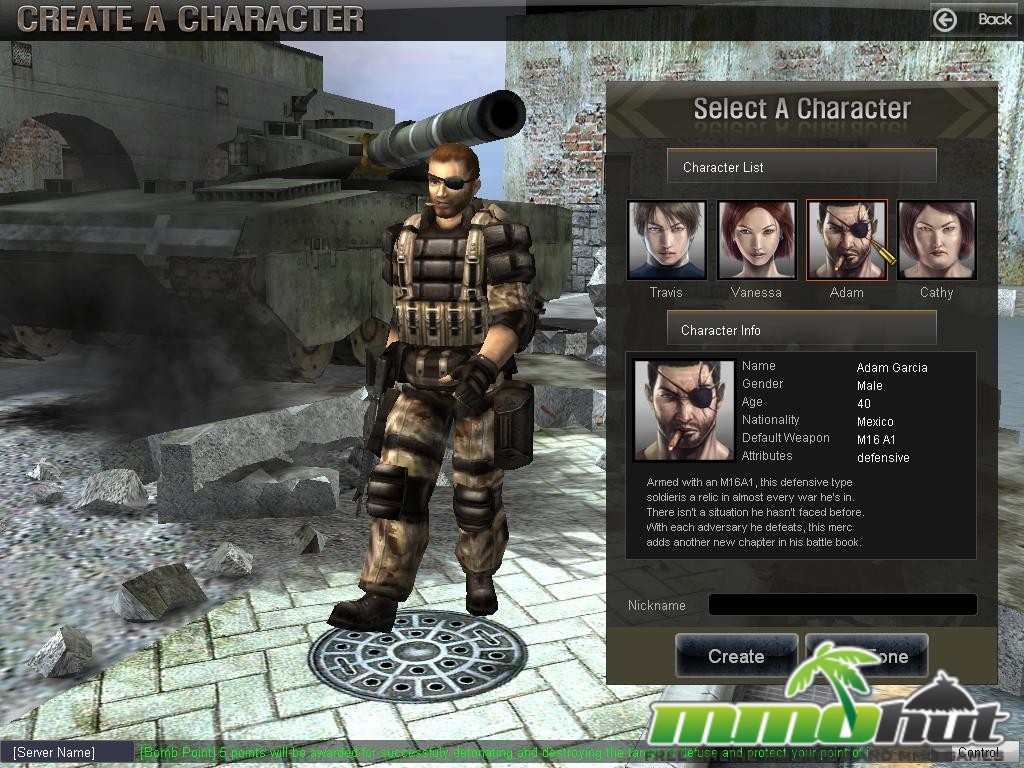 Nuclear war. Cloning. The Apocalypse. These hot-button topics inspire fear and aggression – at least in Blackshot. Now published globally by TwoWar (once previously scheduled for publishing by Outspark in North America), this MMOFPS appeals to the shooter fan. Bearing similarities to other free-to-play online shooters, including Combat Arms, Alliance of Valiant Arms, Project Blackout, and Mission Against Terror, players are pitted against each other as mercenaries in a never-ending struggle for control.

After starting Blackshot, players will be able to choose one of four characters. There are two speed-focused characters, Travis and Vanessa, which use the MP5 as a default weapon, and two defense-based characters, Adam and Cathy, using the M16A1 as a default weapon. Other than their starting weapon and a slight edge in speed or defense, the only choice between these characters is cosmetic. While characters cannot be customized in any way except skin tone, players can spend money in the shop to equip cosmetic items.

While the game purports to offer two factions, all players are part of Blackshot, a mercenary organization that works for either group. Factions are instead determined by whether a player fights on the Blue or Red team in each individual match. In general, the host of the game always plays on the Blue Side, especially in one-versus-one; however, in larger games the player may choose which side to join. The Red team always serves as the aggressor in Search and Destroy maps, making it unlikely a player will ever champion the same side all the time. 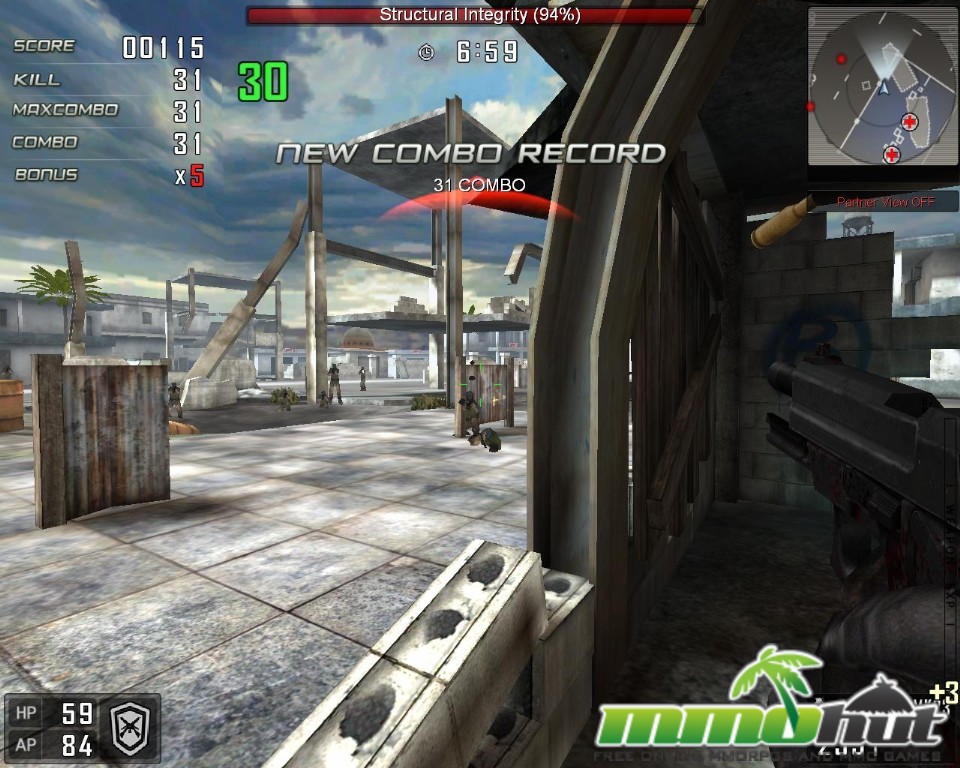 Like many online FPS games, Blackshot is a lobby-based game. Instead of offering a persistent world characteristic of other MMOs, players simply congregate in lobbies and create or join matches already in progress. These lobbies are largely chat rooms in which players can find others to play against, or with. North American players in particular are limited to the World servers, which are currently sparsely populated – of several lobbies available, the beginner channels are almost never used, and most players congregate in a single world channel to improve the chance of finding a match to enter. European channels are far more populated, but blocked from North American players, leaving them to struggle on their own to match up with others.

Each game or “match” has several settings which can be customized by the host. The main settings for each mode are its map and game type. There are over a dozen maps, each of which specifically supports a particular mode – although some are similar in theme and terrain. The four modes include a single PvE map, Bunker Defense, which supports one team and several players in a simple fight in which players hole up in a bunker and attempt to survive the time limit against endless waves of enemies.

The remaining modes – Team Death Match, Team Flag Match, and Search & Destroy – each feature several maps, and are all PvP based. Death Match features classic kill-or-be-killed play, with the winning team earning the most kills; Team Flag Match is a capture-the-flag team mission which rewards points for flag captures and kills. Search & Destroy is a special mission in which attacking players attempt to set bombs in one of two areas marked on the map, while the defending team must kill the enemy or diffuse the bombs before they go off. All maps support additional options including time limit, special weapon conditions, game size, and point requirements.

The Theories of Map Design

While the Bunker Defense mission map requires little finesse to understand, PvP maps are each designed to offer a balance of play between the two teams. While some maps are small and simple, while others are more complex, all tend to offer several “lanes.” Similar to “lanes” in MOBA style games like League of Legends, these are several paths players can take to their objectives across the way. Many of these lanes connect, and some feature “secret” paths, and all maps tend to offer plenty of places for snipers to lay in wait. 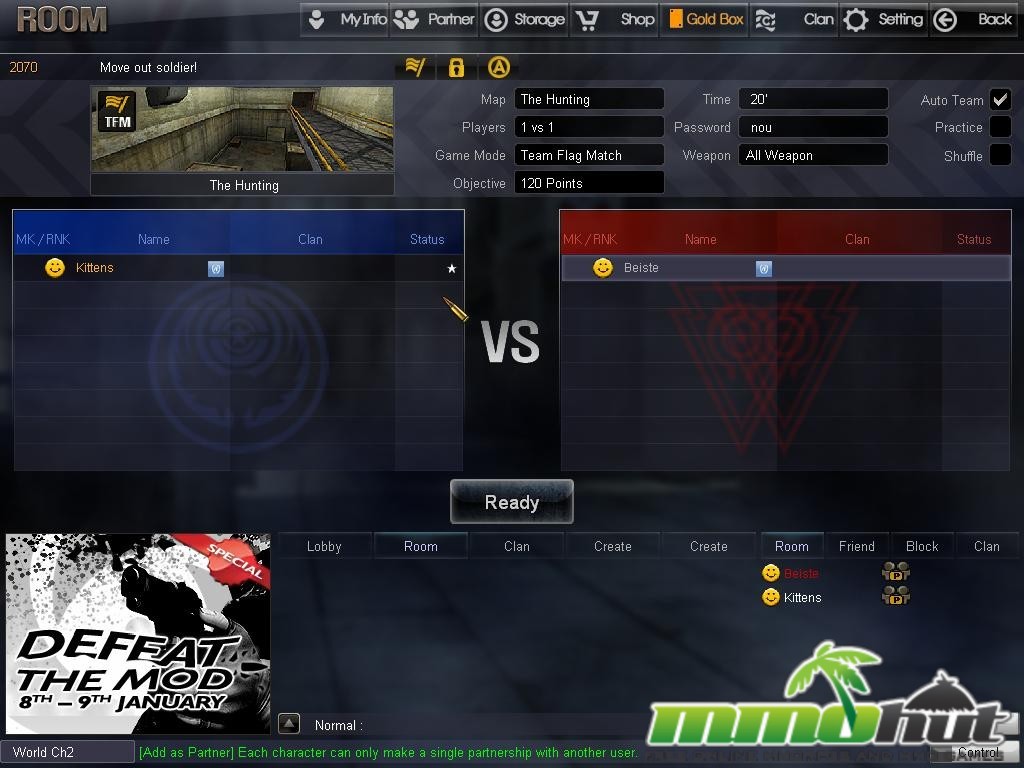 However, map balance isn’t always what it seems. Some maps feature a particular benefit to the defender, and some to the attacker, making it difficult to win – especially when smaller teams (1v1 or 2v2) are featured. These maps are clearly designed for larger team sizes, including the maximum of 8 versus 8, in which teamwork plays a much larger role in attacking. Many terrain pieces are also poorly interacted with, or sometimes seem poorly designed, such as one-way routes that favor an attacker.

Blackshot features a progression system in which players can gain levels through earning experience. There are over 60 levels, represented by special icons and names, and which represent experience gained through completing matches. Experience is gained slowly over time, and is dependent on weapons used throughout the match as well as personal grade at the end of the match (reflecting on player skill in killing and completing match objectives).

A Penny For Your Guns?

Four basic weapons are defaulted to the player at all times: their starting weapon (MP5 or M16A1), a pistol, a knife, and grenades. These weapons earn low experience for players, and are relatively weak in power. This leaves a player with two options: use the default weapon and gain experience slowly, while competing worse in matches, or pay real cash to continue using quality weapons. 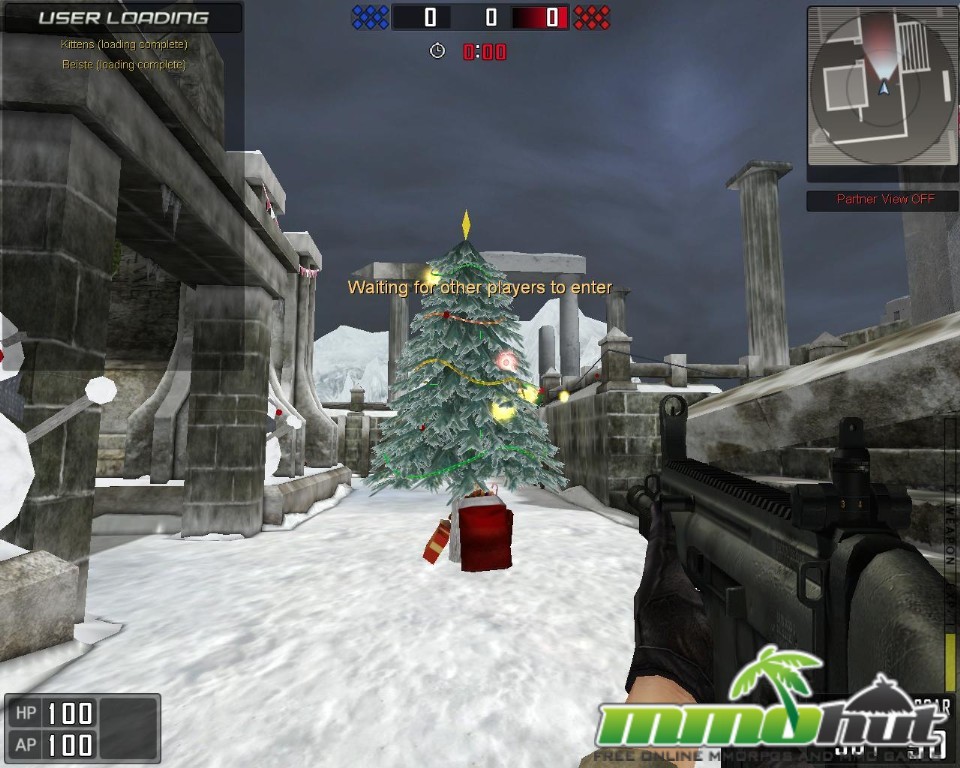 New guns must be, instead, purchased from the in-game shop, for either BP, the game’s earned currency, or TwoWar Credits (TWC), paid for with real world money. These weapons can be purchased for a specific time limit, and while “TWC” weapons last only as long as their timer states, whether or not the player is logged into the game, BP weapons will only use time when a player is logged in. Given the guns’ limited nature, and the gain rate of BP (earned by completing matches), means that players will always run out of BP while buying better guns.

Weapon choice is also very limited and uninventive; new weapons seem to come to the market less often than other games. Certain weapons, like sniper rifles and shotguns, are also highly favored as they are more powerful per shot, and allow the player to score critical headshots – which in turn earn more ranking and experience than other shots on the body. Some cash shop weapons are also very powerful, making them overpowered choices for players looking to win matches easily.

Blackshot features many good elements in an online FPS – solid weapon choice, fair map design, simple controls and an easy learning curve. However, average graphics, region-restricted servers, and a highly favored cash shop make this game subpar to many other MMOFPS games on the market. Gameplay is no different from any standard online free-to-play shooter, which is disappointing considering games like Alliance of Valiant Arms and Mission Against Terror offer new game modes and regular map and weapon updates. Fun as it can be, there just isn’t enough offered in Blackshot to make it stand out on the weapon rack.