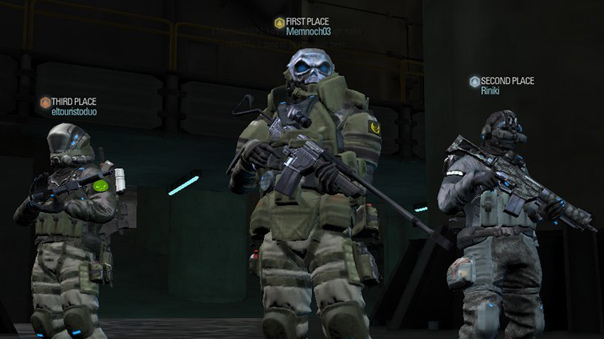 In a bleak future, two factions battle each other for control of resources and territory. This is the core plot behind Blacklight Retribution, although its full story has yet to be fleshed out. Blacklight Retribution is Perfect World Entertainment’s first FPS offering. The game looks like many of its competitors, but how does it stack up?

Teach Me Some Moves

Since Blacklight Retribution has no character creation (other than choosing gender), you’ll be given a tutorial upon the first time you log in. Movement is your first goal, accomplished with WASD while using the mouse to look around. Your next obstacle is a locked door, which you will have to learn hacking in order to pass through. Hacking is a simple matching game, where you choose either a number on the left or right to match the number in the center of the “tumbler”.

Finally, you’re given instruction on how to aim and shoot, with various targets set up for you to destroy. One unique aspect of Blacklight Retribution is also introduced here: the HRV, short for Hyper Reality Visor. The HRV is a scanner-like device that shows you where friend, foe, and weapon stations are located by highlighting them in a similar version to a black light. This is useful in determining where enemies are or may come from; however, you cannot attack while using HRV, and the terrain is partially obscured, making movement and awareness difficult. 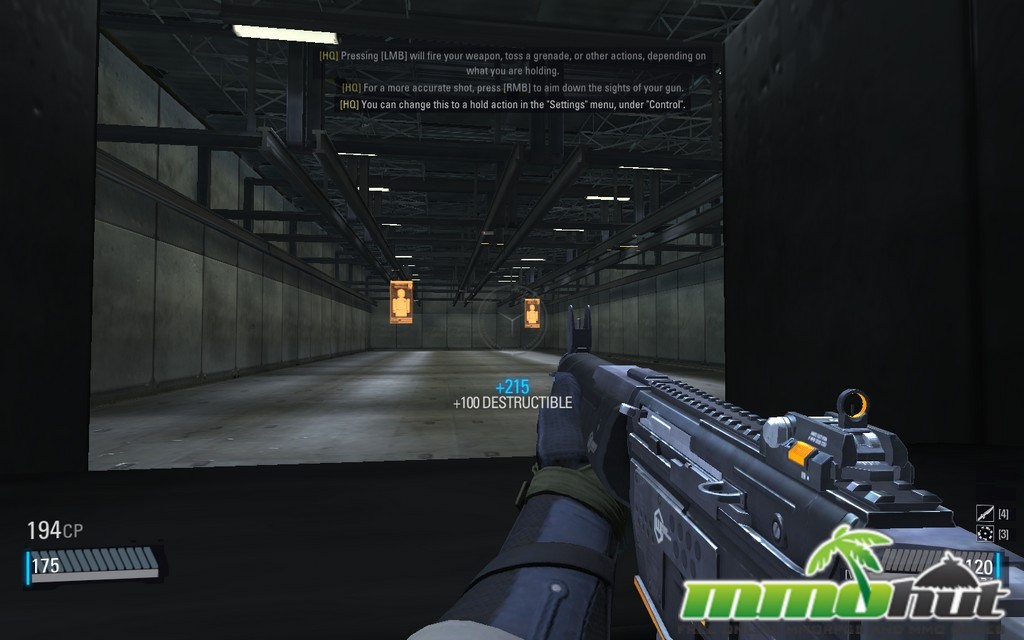 Once the tutorial is complete, you are put into the main lobby of the game, where you can choose from several gameplay options. “Play game” brings you to a second, separate lobby screen to choose your game from among a list of current matches. There is also a social menu on the right side of the screen, which displays your gameplay statistics, friends list, inventory, mail, and more.

Customization is a key area where Blacklight Retribution shines. Weapons are fully customizable, down to the receiver, muzzle, barrel, stock, sights, and even small tags for personalization. Each category has several parts to choose from, with two rental periods of either one or three days, or a permanent option. You can also customize your other gear, such as helmet, body armor, lower body, and your choice of explosives.

Go for the eyes!

There are several match types in Blacklight Retribution. Capture the Flag, Team Deathmatch, Domination, and King of the Hill are the most prevalent. Matches can be set for a maximum of 16 people to join, in teams of eight. Teamwork is very important in the game, especially in Domination and King of the Hill..

The game features fairly realistic firing mechanics. Weapons have several factors to keep in mind. Recoil will keep you from aiming in a specific spot constantly, while spread determines how accurate your shot is from your intended target. Aiming for the head usually results in an instant kill on the opponent, so where you shoot can play a key factor in battle.

Another factor during battle to be aware of are depots. These allow you to select from your inventory; health, ammo, flamethrower, rocket launcher, and hardsuit are the default items available. The hardsuit merits special attention: this mech-like armor comes equipped with a minigun and a rail gun, in addition to heavy armor. This makes it tough to take down, but it’s not invulnerable. Each hardsuit has a randomly determined weak spot, which can be identified using HRV. Players with flamethrowers can also quickly take one down by burning the player inside of it. This leaves the hardsuit relatively undamaged for the opponents to use.

Since combat in Blacklight Retribution is fast and furious by design; matches are equally quick and intense. Most last only about ten minutes. At the end of a match, the top three players from the winning team are showcased, and detailed information is displayed for the rest of the players. Win or lose, each player receives a certain amount of experience and currency based on their performance.

Blacklight Retribution is a very interesting and high-quality MMOFPS. The level of weapon and equipment customization makes a significant impression, while the HRV and hardsuit add unique strategic elements to battle. However, there are some flaws that can’t be overlooked. Headshots are too common, which means you’re frequently on the wrong end of one. Because of recoil and spread, a player can actually score a headshot without ever aiming at your head, making death sometimes based more on luck than skill. Several graphical issues have also proved problematic for beta testers. Regardless, the game boasts several fast-paced and different game modes, making Blacklight Retribution worth a look for anyone that enjoys a solid FPS experience.