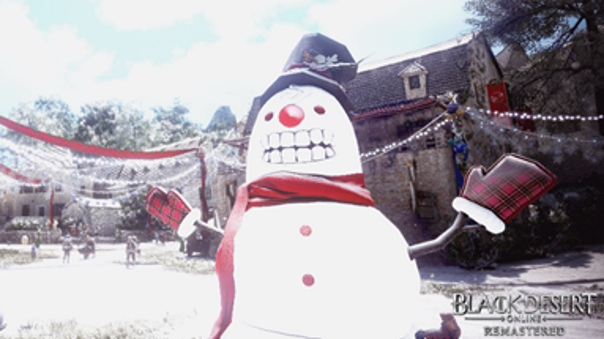 Black Desert unleashed the true power of the Archer today, with Archer’s Awakening. Upon reaching level 56, players can complete the Archer Ascension questline and untap his full potential. This will make his greatbow all the more deadly, and players who level-up their Archer can get special rewards when reaching 56, 57 and 587. If all ten Ascension quests are completed, players can also unlock the “Darkness Shatterer” title. His list of Awakened Skills can also be found below. In addition, new Absolute skills for its main weapon have been added. Absolute skills have higher attack power and hit counts than the existing main skills and can be learned by achieving a certain character/ skill level.

Righteous Smite: Shoots an arrow infused with the power of light. It moves slowly but has enough power to decimate anything once it explodes upon impact.

Watcher: Strengthens the Greatbow with the energy of light for 30 sec.

Piercing Light: With steady aim, gathers the energy of light to deliver a powerful arrow strong enough to split light itself.

Ravenous Talon: Hits with the Greatbow before stabbing the enemy.

Grandpa Cron is also coming to town for the holidays. He will soar through the sky in his flying sled to drop gifts to the people of Black Desert Online (whether they’ve been good or not)! Gifts include Rudolf Headband, Santa’s Hat, Elion’s Tear and he even drops Christmas trees so players can decorate their houses. Players can also participate in building a snowman together to receive even more rewards such as Grandpa Cron’s Gift x1, Sharp Black Crystal Shard x1, and Hard Black Crystal Shard. On Christmas, the Night Vendor Patrigio will sell Cron Boxes which includes enchanted accessories, JIN Magic Crystals, and other valuable items.