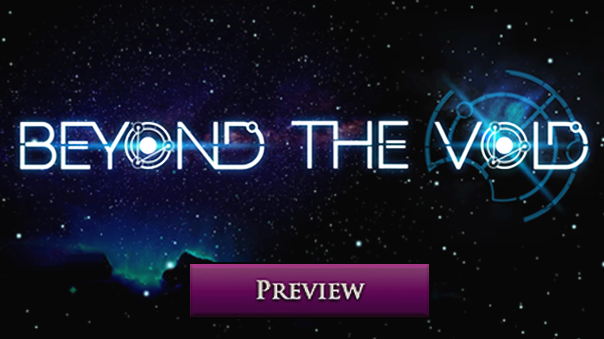 Aiming for a one of a kind experience, B2Expand mashes together the most iconic elements of DoTA, League of Legends, and Starcraft in ways like never seen before.

Though they share a similar audience, historically there hasn’t been a lot of crossover between the RTS and MOBA genres. However, Beyond the Void looks to change that. Recently going live on Steam’s Early Access, this free-to-play sci-fi ‘real-time battle arena’ pioneers the combination of 1v1 laning and the overarching strategies derived from economic management for a brilliantly harmonious culmination.

Stay In Your Lane

As you can imagine, the whole thing is fairly complicated, so let’s start with the more straightforward MOBA mechanics. You start each match at level one situated right next to your mother base. After distributing a skill point in one of your four abilities, you’ll head to the outermost tower where you’ll patiently wait for the first waves of creeps to crash into each other.

From there, you can continue to duel your opponent in lane with abilities and minion wave manipulation in the hopes they leave their turret defenseless for an easier take. Alternatively, you can start to traverse the map yourself to ignite the fuels of a booming economy.

Intentionally, I skipped over a crucial action everyone will take in the first few seconds of each game. Before even warping to lane, you’ll start the initial construction of your home planet’s architecture into either industry, military, or bioengineering. In essence, each upgrade path denotes a unique perk or strategy. Industry fuels income, military strengthens your laning power, and bioengineering enhances your personal ship.

Throughout the match you’ll steadily unlock additional tiers and new construct opportunities, which go hand-in-hand with using gold to hire A.I. controlled allies, work on upgrades, and order repairs for turrets. Time is money! Just like in Starcraft, gold uncollected or unspent is gold wasted. Constantly be on the lookout for new opportunities to earn cash – like fending off pirates from a merchant’s fleet – as well as places to spend money as listed above.

Above and Beyond (the Void)

Sure enough, there are a few unique concepts in place as well. The most surprising of which is the ability draft.

Currently, there are three ships. Each come equipped with a unique ultimate ability and a passive. However, they also have three other abilities which must be drafted after being matchmade with another player on a game-by-game basis.

If you go first, you’ll take something like Blink: teleport a short distance. Then, your opponent will pick their movement ability followed by their offensive ability. The turns will continue to snake back and forth until each player has chosen three abilities.

But here comes the kicker: every taken ability is removed from the available pool of options. In other words, if you pick Blink first, your opponent must instead choose one of the four other abilities in that grouping. I haven’t had a lot of time experimenting with this at a skilled level, but it seems wild at face value. At the very least, you won’t be playing with or against the same exact character builds every game.

Also interesting, instead of using mana as a traditionally limiting resource, some abilities will require currency to be activated. It comes with a evolving trade off that scales in effectiveness over the length of the match. Early on, you don’t have money to spare on an ability, so it’s like a dead slot. But as time goes on, as does your cash pile, you’ll be able to use a strictly better skill in the late game.

Admittedly, those parts separately are nothing too special. Incorporating the elements from popular games is easy. Good implementation and the improving thereof is the hard part. As far as the work being done here, I can confidently say it’s been put together in a refreshingly complementary way making for a satisfying and rewarding experience.

One of the bigger aspects of this fusion I find personally appealing is in the capacity to become more proficient at one method to shore up the weaknesses of another. Take Starcraft for example. If you have a low APM, you’ll quickly hit the apex of your ranked progress. Aside from raising your actions-per-minute, there’s not much else work to be done. Similarly, poor dueling/teamfighting in DoTA is fairly catastrophic. In Beyond the Void however, you can focus your strategy on mastering a specific tactic.

Let’s say your econ management sucks, but you have an incredible aptitude for 1v1. Well, all you simply do is tech into the branching paths of bioengineering or military, and fight your opponent at every opportunity. Even if your economy isn’t doing well, the same will be said for the opponent’s. And since you’re more suited for battle, you’ll win every fight you come across. Although, should the pressure on them be let up, they’ll threaten outscaling with a raw gold advantage.

However, that’s not to say the skill ceiling has been drastically lowered to compensate for specializing. Instead of practicing one set of skills, you’ll need several. It’s not necessary to be an expert at everything, but completing ignoring certain aspects isn’t a sound gameplan either. You can’t rely on only econ, minion/lane manipulation, or laning; you’ll need to be able to spin multiple plates at once to find success. Just like in Civilization V, if your combat strength is entirely absent, you’re going to get crushed by even the smallest of opposing military forces. Going back to the previous dueling-minded example, you can focus primarily on fighting, but that doesn’t mean you can leave “jungle” camps unfarmed.

As amazing as the framework is, the game is clearly still budding. Discerned from just a match or two, it’s pretty evident there are a few crucial updates to come. There are particulars like in the absence of vision control (assuming it’s something to be included), as well as more general overhauls like in the user interface.

Similarly tough to tackle in the development cycle is the hurdle of getting players to stick around. Introducing someone to the game is easy. After all, the elevator pitch and pretty environmental graphics alone are notably worth the attention. But the more pressing issue is in convincing someone to come back again and again. Unfortunately, from my time with the game, each of my few-and-far between matches with another player came with a hefty thirty minute queue timer.

And it’s fairly easy to see why if taking my first hour is anything to go by. The lack of a proper tutorial and having a metric ton of information coming at you from all directions is enough make anyone dizzy.

Furthermore, even when the in-depth mechanics are learned, matches don’t leave much of a lasting impression due to a distinct lack of excitement as a result of the gameplay. Take a big teamfight in League/Dota for example: they’re often accompanied with hard hitting sounds, dazzling visual effects, informative on-screen UI elements, and an epic announcer making the entire experience immensely exhilerating. I got none of that here.

While I absolutely believe BtV will have its time in the spotlight – largely due to its innate marketability – I think some adrenaline pumping features embedded in the design is necessary for casual and competitive longevity. Of course, it’s in early access so it’s probably not high on the priority list, but it’s something that I feel is unmistakably missing when compared to the competition.

Beyond the Void is an incredible foundation of something truly great in the works. Its well-executed concept showcases extensively thought out mechanics, eye-catching visual design, and the seamless blending of two distinct genres.

I expect a lot from this game in the future, however, for now, most people may find it too early to get on board with. I myself will keep a close eye on this title as it gets closer and closer to carving out a sizable niche in the Twitch streaming and competitive eSports scene.