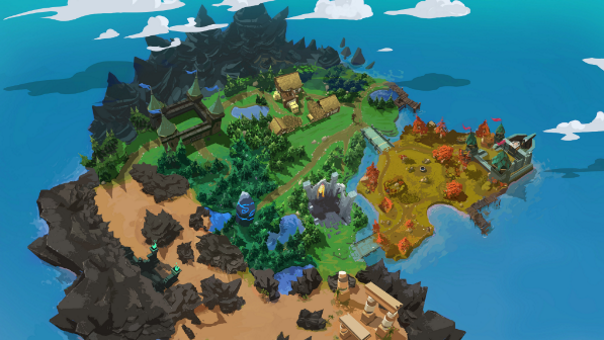 Battlerite Royale is coming to Steam in July 2018 from Stunlock Studios, and Talon Island is 30 times larger than a standard arena map. It’s divided into several areas, such as the town of Anvifall, the Glimmering Woods, the Starlight Oasis, and the Ancient Tomb. It’s tied neatly to the lore of Battlerite, as Talon Island is located in the Great River Valley of Daharin, the home of Ulric “The Unwavering Light”. Christopher Harrow is helping flesh out the game universe and they plan to reveal more details in the near future. There will be varied areas to explore and should create fun, tactical moments, in abandoned castles, wastelands and much more.