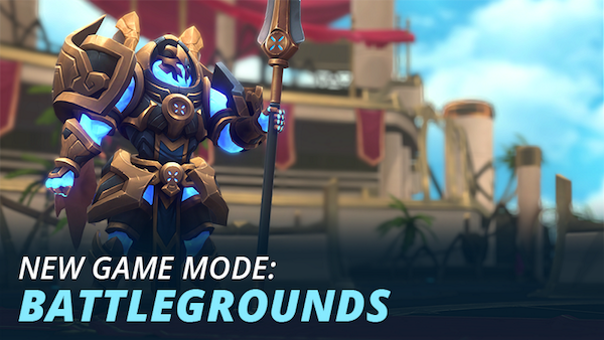 Swedish developer, Stunlock Studios, announced today that a new game mode, ‘Battlegrounds’, is now available in Battlerite. Battlegrounds is an objective-based 3v3 mode where players can easily jump in for quick bursts of fun. The matches are split into two parts: starting with the event phase where players fight to secure or complete objectives, and then leading to an ‘assault/defend’ phase where one team attacks and the other team defends. Victory is won by destroying the enemy’s Guardian. A variety of new mechanics join the game as well as some older mechanics being refined. Respawn, Capture Points, NPCs and Balloons, Power Shards, A Minimap and an in-game level system just to name a few. A new “Battlerites” system lets players customize and choose their Battleites before a match and enter the fray with all Battlerites active straight away.