Battle Crime in the new Skyforge Law and Order Event 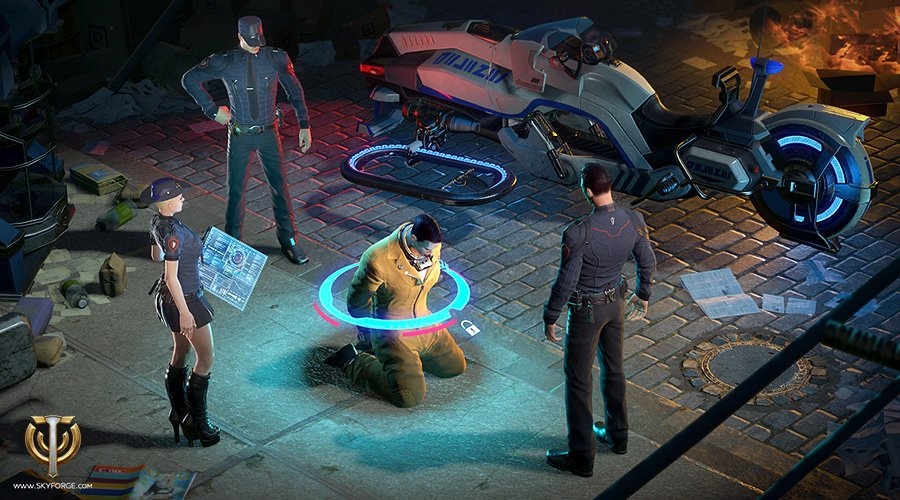 Developers Allods Team and Obsidian Entertainment and publisher My.com are launching the all-new “Law and Order” event in the sci-fi fantasy MMORPG Skyforge which pits player against the criminals of the in-game world. Players can begin their hunt for outlaws in the Skyforge “Law and Order” event beginning today, October 14, at 12pm Pacific Time through until October 28.

For too long criminals and gangsters have preyed on the citizens of Aelion. Any player that has reached 2050 Prestige and has their own order can join the event! Players will send out their faithful followers to patrol the streets and catch lawbreakers.

As a living symbol of what true courage looks like, the bravest of the brave will receive the Glider Patrol mount and the exclusive Guard Costume. Additional rewards for keeping the peace include:

There are even more prizes for players that take up the challenge to be a symbol of justice in the Law and Order event. For more information and the rules of participation, visit the official Skyforge website.