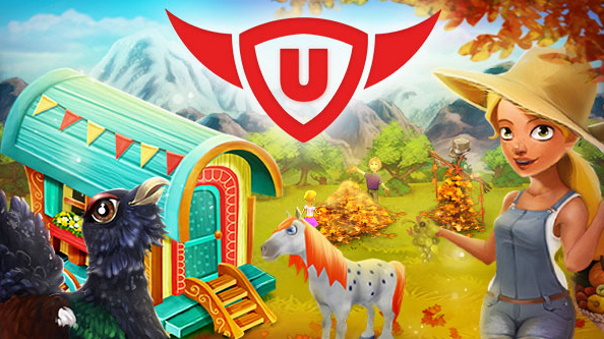 upjers revealed a host of Autumn/Fall events across their games today, and we have the information you need to know about them. From what is going on, how long, and what you can expect, here are the details.

In September Asian countries are celebrating the Mid-Autumn Festival, so My Free Zoo Mobile takes the opportunity to invite players to decorate their pocket zoo with Asian-themed decorations, collecting “Lotuses” in exchange for rare and valuable animals like the newest addition, a Gaur, to place in their zoos.

In medieval times, things were a bit different. The more trade-oriented inhabitants of My Little Farmies Mobile are hosting a fair – with a proper jousting tournament and all! Placing decorations and collecting coats of arms will earn diligent players the ultra-rare spice trader’s tent which will reward valuable resources every six hours.

When autumn comes and farmers in the Alps traditionally bring their cattle down from the mountains, there is always time for celebration! My Little Farmiesoffers a multitude of decorations, players can use to adorn their village and collect cow bells. The rewards are – amongst others – the rare alpine dairy – bringing new dairy products to the game.

A similar event – but with three super-cute animals like the Western Capercaillie, a typical inhabitant of the lower mountainous areas, as rewards – lets players enjoy the autumn-decoration event at My Free Zoo.

For everyone wanting to escape the dreary days of autumn, My Sunny Resort offers an alternative: by collecting colorful autumn foilage from season decorations, players can win an impressive new landmark: a chestnut tree with matching playful squirrels.

Preferring to stay indoors is also an option: should it rain cats and dogs, the autumn event for Wauies – The Pet Shop Game has some surprises in store: Collecting corn cobs from cute objects like the popcorn fountain or the maize-mobile will yield exciting rewards, introducing the Staffordshire Bull Terrier as newest addition to the game.