Aura Kingdom will have four beta phases: Founder’s Beta, starting December 16th; Closed Beta; Stress Test; and Open Beta. While only the date for the first phase has been set, the road map will lay out an expectation for the remainder of testing that will carry into early 2014.

You can learn more about each beta phase here. 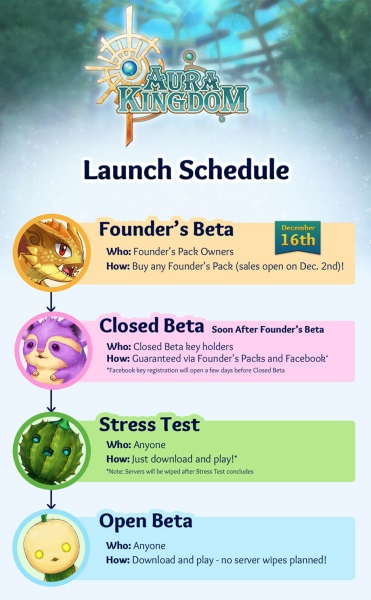