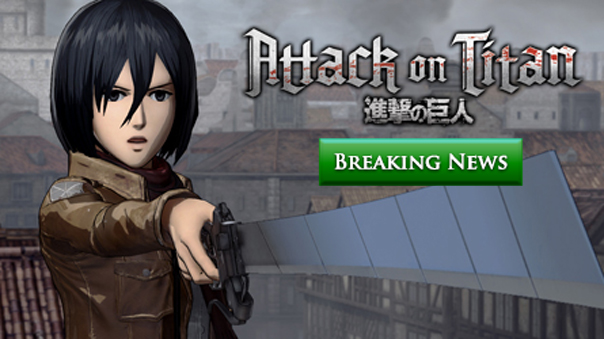 Since the dawn of the weeaboo, gaming companies have long sought the answer to shill out half assed low quality games to suck the money from their wallets. And it worked, for an embarrassingly long time. But then games like Dragon Ball Xenoverse and Naruto Shippuden came along with the proverbial gauntlet, and the masses reached an enlightenment the publishers had long feared. Gamers didn’t have to choose either games that were fun or Anime licensed games that sucked. They could be fun, licensed, and still profitable? Of course this realization happened roughly a year ago, leaving us smack in the middle of the gold rush where every mainstream anime has already had its time to shine in the sun, potentially getting a sunburn in the case of Naruto having one too many jaunts in the spotlight. This is the time for a true gem to arise, one based on a slightly less mainstream title – a title that isn’t a straight up beat ’em up and requires more innovation on the side of the developers to capture the essence of the anime. Let me tell you, Attack on Titan 2016 IS the game that will chomp down on this gold rush. If you’re a fan that’s tired of being burned in the past by Anime games, put aside your butthurt pride and join me on a journey to an adrenaline junky high skill player’s wet dream.

Attack on Titan 2016 nails the following key points to build a proper package. Visually it looks like a 3D rendition of the anime. Characters, titans, animations, environment, lighting/color scheme, sound effects, and special effects all match the show in such painstaking detail that I found myself getting choked up by the emotional story all over again. In Attack on Titan you will follow the crew of survivors, and not so much survivors, as you hone your skills for real in preparation for facing the titan threat head on.

Controls are the next key element that make this game a winner. Using an omni-directional maneuver gear is a pita. It works, and once I had about an hour behind the controls I might have even seemed somewhat competent with them, but that’s entirely the point. Everyone in the show dies because the difference between a Levi and a Armin is night and day, and as I looked around the Koei Tecmo demo room, I realized the same was true with the game. Thirty minutes in and there were still others literally face planting the dirt because the multi-tasking nature of gameplay just wasn’t clicking in their brains. Strafing, lock-ons, power boosting, sword slicing, and the physics of swing timing dependent on your actual surrounding environments (not invisible New York cloud hooks like so many Spiderman games) combine to put your gamer brain through a triathlon. As such even the simple task of swinging through trees to target stationary wooden cut outs of Titans (also beautifully pulled and narrated to feel straight out of the show) was enough of a challenge to send half the gaming press present packing to pick rocks and root plants to support the King. They simply weren’t cut out for titan slaying. But I was different.

Adrenaline. Perhaps the hardest part of the controls isn’t training your brain to triathlon through the variety of options. No, its something far more primal. Something carebear gamers might like, while online PvP players know all too well. The key to success in Attack on Titan is knowing when to shut off your geometrically calculating mind to flip into a fight or flight rage mode. If you can’t deal with spinning around wooden cutouts, I can tell you the real titans in this game are fucking scary. Stick your omni-gear into their neck, and they’ll turn and stare you down with those unfeeling dead eyes, daring you to try reeling in. If you think about it too hard, you will lose your cool, hesitate, and find yourself broadsided by a backhand the size of your entire body. Face meeting pavement is not so forgiving when there is two or three titans in the alleyway who aren’t too pleased you were sent to murder them! But once your bloodlust is on point, you will fearless fly in, slice them down, and flip out to safety. This is just as hard, if not harder, for as soon as you land the killing strike, you need to immediately flip back into your physics mindset to find the safest route out. Turns out this is not so easy to do, and upon reviewing my footage I realized just how close I obliviously came to death, only skating through with beginner’s luck.

Solid narrated and animated story? Check. Hard to master but rewarding controls? Yup. Challenging and punishing gameplay? Oh yea. But all these things combined does not a great Attack on Titans experience make. At its core, Attack on Titan is about emotional heart rending choices, and the horrifying repercussions of your actions. Somehow the evil minds behind this game knew how to shoot a cannon right into my feels, perhaps even more so than the show itself when I was invested smack in the middle of the horror. Knowing the lives of my comrades was on my head.

Watching a variety of players test the game would likely provide some interesting looks into the values and decision making of each player. Let’s use the finale of the scenario offered as an example. Say you have distress calls from two corners of the city and a primary mission to stop an extraordinarily large titan from destroying the supply base in the central of Trost district. You’ve got skills. I mean you survived to this point of the demo (honestly, most people here didn’t book enough time to get gud and get this far) and you are playing as Mikasa who apparently packs higher stats in all areas than most characters, not to mention a special passive that lets her multi-berserk strike a Titan’s neck when in range. So you know you have the potential to make a serious difference. But… what is more important?

If the fat titan destroys the base, your entire squadron will die a slow death of hide and seek as supplies run out. But said titan is well defended by lesser titans, and isn’t looking like it will go down without a battle. You don’t particularly care for the assholes calling in for aid in the corners of town, but you respect their skills. Having those extra NPCs backing you up against the fat titan might make victory possible. So you shoot off towards one of the distress signals. Halfway across the district, a third distress signal from potato girl Sasha pops up, flat on the opposite side of town from you. And unlike Jean, she’s in dire straights! But you’re almost at Jean’s position. Could she hold off long enough? Should you immediately reverse course, having wasted all that time traveling? What about your gasoline supply, a real element of the game that you find yourself limited on. And all the while the fat titan is crashing the walls down on the supply depot. As you flip in circles through the air in indecision, reports of dying members of the scouts begin flooding your radar from all over the city. New titans start flooding in through the hole in the wall, adding to the chaos. What do you do? WHAT THE HELL DO YOU DO? As you ponder your next move, a smaller titan hidden from radar goes for a failed grab that knocks you into a nearby roof, flipping and splintering your flesh across it as half your hp bar is gone in an instant.

Do you think you have the nerves to steel yourself in that scenario? This gameplay certainly isn’t for everyone. But I know someone out there is reading this with starry eyes. You know what’s up. This is the game you’ve been waiting for. And come Fall of this year, you’ll have it on PS4 or PC (Steam) to find out just what you would do in that situation. Good luck out there.

Ready to see Attack on Titan in action? Check out our full video with commentary in the link below! 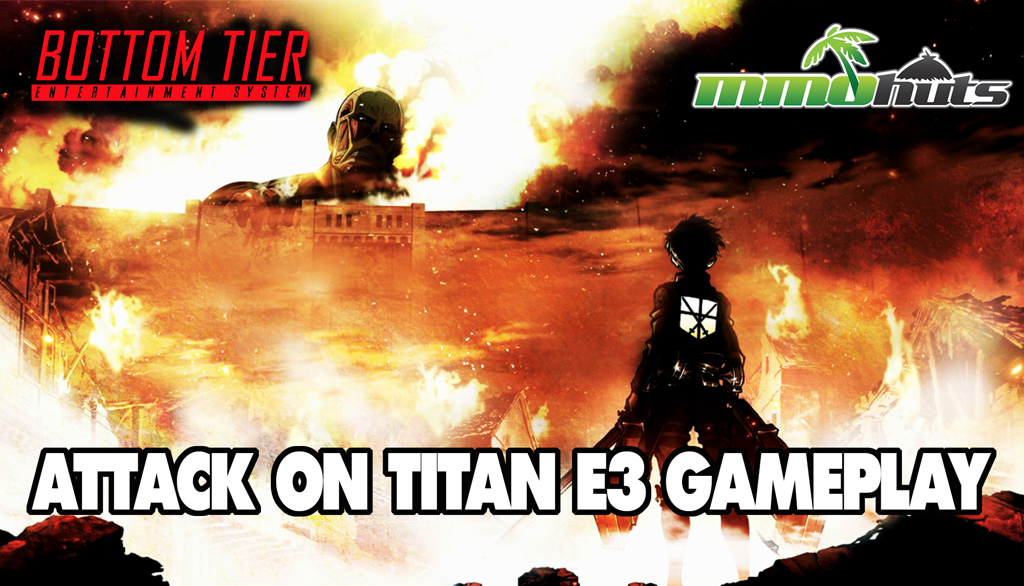