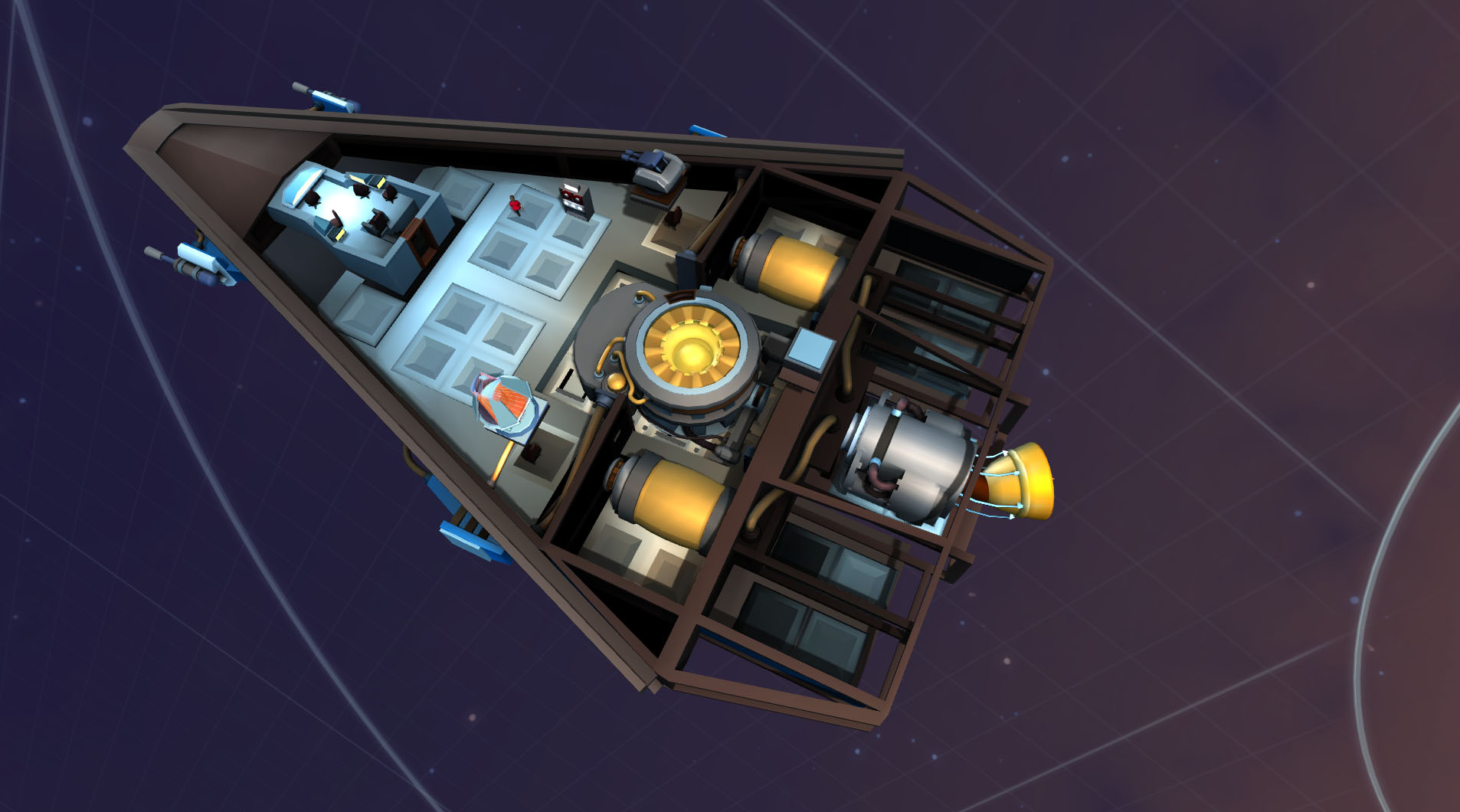 PAX South is a little like a carnival. Some booths are flashy and sell themselves, some booths sit quietly and wait for people to wander in curiously, and some booths you find yourself standing in and playing a game before you know what’s happening or how you found it. Atomic Space Command was at the last kind of booth, where in a blink of an eye I went from spying on the game to co-piloting a ship with a complete stranger.

Developed by No You Shut Up Games, Atomic Space Command is a crew-based arena space shooter. The core gameplay is similar to the team-based gameplay we’ve seen in Guns of Icarus, though presented in a completely different look and feel. A team of players work together in managing, steering, and fighting with their spaceship in what quickly turns into a mad dash of management and hoping your team can communicate without yelling things like “No, you shut up and fix the thrusters, I’ve got the helm!”

When my co-pilot and I started the game, we were both in command mode, a top-down cross-section of our trusty space ship. Here, the crew is responsible for maintaining the ship’s generators and diverting the ship’s power to its multiple systems, including shields, weapons, and thrusters. While it’s a pretty bare-bones view, you can also see each crew member and watch them move around the ship, allowing you an easy visual identifier of who’s manning what or if anyone’s rushing to the thrusters to get the ship out of dodge.

The second mode, which is what at least one person will be looking at most of the game, is the Worldview. This is where the ship is actually piloted and can see in the space around them to navigate and fight. Here players can take one of several stations (including guns and the helm). At the helm, the pilot (in my demo, that ended up being me) can navigate the arena, a semi-3D space, both steering and adjusting the thrusters’ speed levels. However, how fast the ship can go relies on how much power has been given to the thrusters on the command deck, so the pilot must work with what they’re given while the crew manages the ship. Likewise, the pilot doesn’t get to fire – that’s up to a gunner; if the pilot bails the helm to fire, the ship doesn’t have an autopilot.

With only two rookies managing our little blue ship, we didn’t last very long. I failed to utilize our shields properly and ended up exposing us to a barrage of bullets from an angry dreadnought. Plus with one of us at the helm and the other gunning, no one was watching the deck to keep things in check. While I’m not sure the gameplay will turn out quite as frantic as Guns of Icarus, the demo was relatively limited in giving that full experience where people are shouting orders at each other in order to survive the space gauntlet.

Still, for its first showing, Atomic Space Command was pretty fun. The developers are taking sign ups for Alpha, so if the game sounds like your kind of fun, head on over and sign up now.