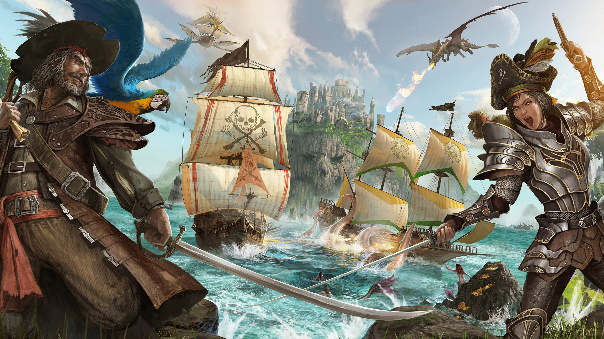 During “Inside Xbox”, Grapeshot Games announced that ATLAS will be heading to Xbox One’s Game Preview service on October 8th, 2019. ATLAS will also launch with crossplay support, so Steam players can work together with Xbox players to explore the same massive world. Xbox One players will also have Keyboard and Mouse support, to ensure full game parity, and an even playing field. Grapeshot Games also announced optional new single-player and private session modes for those who wish to go seafaring with just their friends

“ATLAS is a game about exploring, surviving and conquering, with lots of classic pirate gameplay moments,” said Erik Waananen, Lead Game Designer of ATLAS. “From intense cannon battles at sea and clashing swords with sworn enemies, to searching for buried treasure and raiding other players’ loot, this is a true adventure on the high seas!”