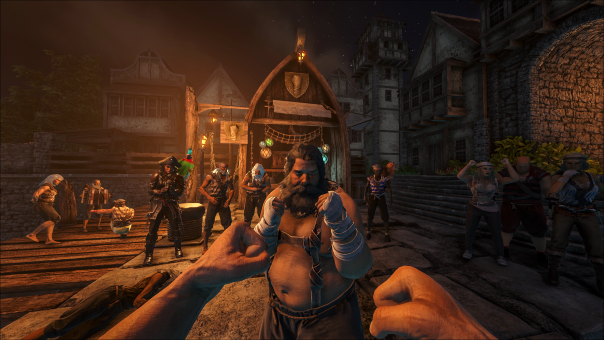 From the minds behind dinosaur survival adventure ARK: Survival Evolved, comes a Pirate MMO known as Atlas. Atlas will be a first-person fantasy pirate adventure MMO, led by Jeremy Stieglitz and Jesse Rapczak, and boasts the power to host up to 40,000 players roaming the globe simultaneously. They announced today that the release date has changed, and the pirate adventure will now launch onto Steam’s Early Access on Wednesday, December 19th, 2018. In Atlas, players will live out their pirate fantasies, constructing custom ships, searching for treasure, plundering merchant’s vessels, and recruiting a crew to join your Armada.