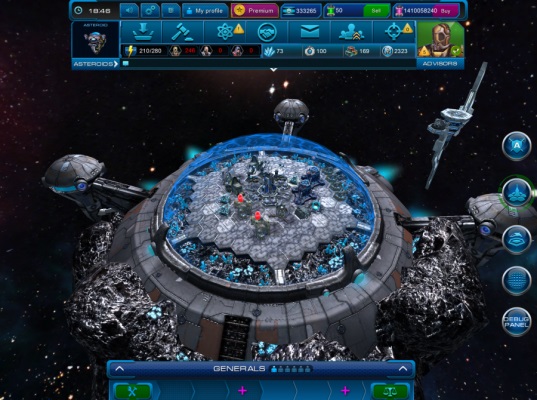 Astro Lords is the first MMORTS to combine three major game genres in a consistent world: construction management, arcade-style shooting, and strategic raid warfare. Balancing these different genres in one single, cohesive experience was no easy feat – developer Aratog had a full-time team of twenty who spent three years to complete work on this game.

Astro Lords is both a browser and a client game that offers MMO fans a deep and diverse gaming experience. Players manage and grow their asteroid base, their generals board spaceships to shoot and destroy enemy spaceships and bosses, and they raid other asteroids to loot or capture them.

Learn more and register for the beta: https://astrolords.bisbog.com/