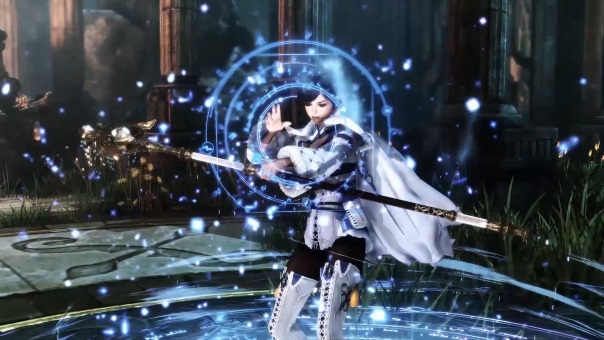 Astellia Online is a Korean MMO that is coming to the West via Barunson as their flagship title. However, there are many changes occurring between the Korean version and the edition we’re receiving here in the West. We sat down and talked about these changes, what inspired them, and what is in store for the Western release of Astellia Online. This also coincides with a Blog Post, which you can find in the link below. I think this is a positive series of changes that are more in tune with what the Western MMO audience is after – cash shops that aren’t predatory, and classes that aren’t gender locked (on a personal note, I’m fine either way on that second topic).

Ragachak: One of the things I noticed was that you eliminated the “re-selling cash shop items for in-game profit”. Is that something that was terribly prevalent in the Korean edition?

Astellia: This is a common system in many Eastern Games, the KR version of Astellia was no exception to this. We have noted in other games that typically, a very small portion of the players would spend an inordinate amount of money in order to re-sell cash shop items and then use the profits to advance far beyond other players.

We considered putting systems in place to create conditional limitations, but such systems require significant development time, taking focus away from the implementation of other beneficial systems. While still being prone to granting undesirable advantages over players who did not participate in this behavior.

Ragachak: In addition to the Cash Shop, there is the “Loyalty Store”, where players can earn a currency called “Zender” to purchase items that are too advantageous to sell for cash from other regions. Are these items that are for sale in real money elsewhere in the world?

Astellia: Yes, the Zender Shop has items that are sold for cash in other regions, as an example in KR players can by Astel Card Packs, which in turn unlocks Astells and directly increasing their power. In order to break the connection between monetary expenses and in-game power we have moved Astel Card Packs and similar items to the Zender Shop.

Ragachak: Many free-to-play games openly have cash shops that give in-game benefits in the West, which is not altogether popular. Was this a difficult decision to change for the Western release of Astellia?

Astellia: Buy to Play versus Free to Play was actually our first meeting topic when the project started. We knew that multiple KR to EN Games had recently failed, all of them with P2W Systems in place. It took us a while to dial in on a model that would allow us to remove these aspects, and instead reward players for active participation in-game.

Ragachak: All of the combat animations were changed across the in-game classes, which reduced the way skills lock players into position. Is this a change the Korean version saw as well?

Astellia: No, many of our changes have not been reflected in the KR build yet, but that does not mean they will not be, we are not limiting changes made for the Western Audience to the Western Region.

Ragachak: A serious point of contention here in the West is the notion of locked genders. Was this a difficult decision to make for the Western release?

Astellia: No, we knew from the beginning this would be a point of contention, it has been in every recent game that had gender locking. Knowing this from the earliest stages we were able to work with the Developers at Studio8 to make plans for these changes, the only difficulty has been setting the schedule, we, of course, wanted to offer all classes unlocked by launch, but that would have delayed our launch schedule by too much.

As a compromise we promised our community we would have two classes gender unlocked by launch, and as the other classes are unlocked players will be given a free gender change coupon to make sure they can adjust their character to their needs.

Ragachak: Shared Quest Credit is another feature we’ll see in Astellia Online. But will these players have to be partied, or will they simply need to be both attacking the same monster?

Astellia: Players will need to be in a group for shared credit unless they are fighting one of the larger, named monsters. We specifically made sure that named monsters do not require a group to earn credit, otherwise many players would be stuck waiting for respawns and hoping to get credit, which we have all experienced and understand how frustrating that can be.

Ragachak: On that note, will they both gain exp, and do you worry this could lead to power-leveling exploits?

Astellia: Yes, both will gain exp, but we are not very worried about power leveling. The leveling process should not be a painful task for players, it should show them the game world, explain the systems, and give them a chance to experience the story. If working together makes players enjoy the game more, or helps them reach their desired content smoothly, we support it.

Ragachak: It’s not uncommon to see Eastern MMOs simply release as-is to the West, and then receive waves of negative backlash. What was your design philosophy concerning the sweeping changes aimed at the Western audience?

I have to say, I struggled with this question, trying to find a succinct way to say what every member of our team believes. We have seen so many games come and go, another flash in the pan, it has gotten to the point that even entire studios are built like a folding chair, just ready to be torn down and moved on to the next project.

Astellia is the flagship for Barunson in the Western Market, and we see it as a way to begin building our brand. With every choice that gets put on the table we always ask one simple question “What is best for Astellia?”, and to date that is how we have continued to move forward. It may seem overly simple, but keeping this perspective really sets the right mentality for a healthy and well thought out project.