Artifact is Playable at PAX West 2018 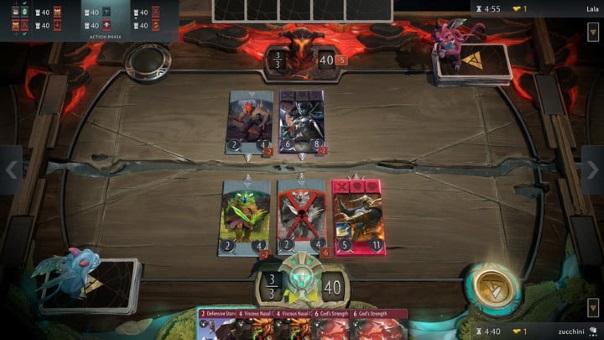 Valve has announced that their upcoming digital card game, Artifact, is playable at PAX West this weekend. The card game from legendary designer Richard Garfield and Valve will be available for general attendees to try out. These players will battle each other in a continuous, single-elimination gauntlet for the right to challenge a champion on the main stage. Everyone who plays will earn Artifact merchandise, including signed prints of artwork and two keys for beta access and free copies of the game when it is released. In addition, Richard Garfield will be making appearances in the booth on Friday and Saturday. Artifact is targeted for a release on Steam for November 28th, 2018 and is designed to give TCG enthusiasts deep gameplay and the highest fidelity experience in a fantasy card game. Offering more than 280 cards in the shipping set, players will be able to buy and sell cards on the Steam Community Marketplace.