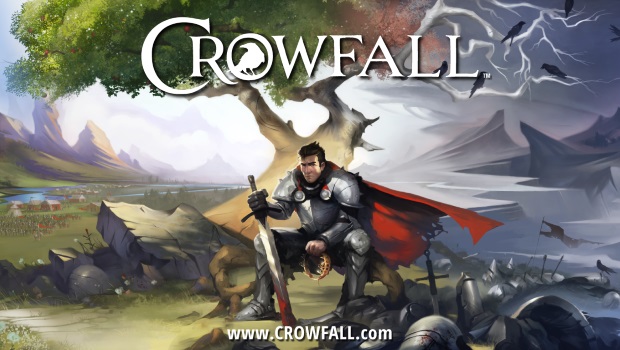 “A few weeks ago, we put up a sign-up page for Crowfall at play2crush.com,” explained J. Todd Coleman, CEO and game director. “Play2Crush was a statement of purpose – more manifesto than teaser. Without providing a single screenshot or even naming the game, the site has already collected 10,000 registrations. We are blown away by the response. We clearly struck a nerve.”

The play2crush.com site has now been replaced with an official landing page for the game, which can be found at www.crowfall.com. Players are invited to visit www.crowfall.com to join the community, find information about the game, read and post to the development forums, and to sign up for future beta tests.
Gordon Walton, ArtCraft president and executive producer said, “Crowfall isn’t a game for everyone. It’s for players who are looking for a more immersive, more visceral experience. The early response was fantastic, but we still expect to build this community one player at a time.”

Coleman adds, “Between now and late February – when all of the details of the game will be revealed – we’re going to be playing a game called rampant speculation. We’ll be dropping hints, screenshots, images, videos, storylines… painting a picture in broad strokes. We’ll see how long it takes our fans to figure out what it means, and how it works.”

Founded by two of the most experienced executives in the history of online gaming, ArtCraft Entertainment is the combined effort of J. Todd Coleman (director, Shadowbane, Wizard101, Pirate101) and Gordon Walton (executive producer, Ultima Online, Star Wars Galaxies, Star Wars: the Old Republic). The stated goal of ArtCraft Entertainment is to “push the design of Massively Multiplayer Online games in bold new directions.“