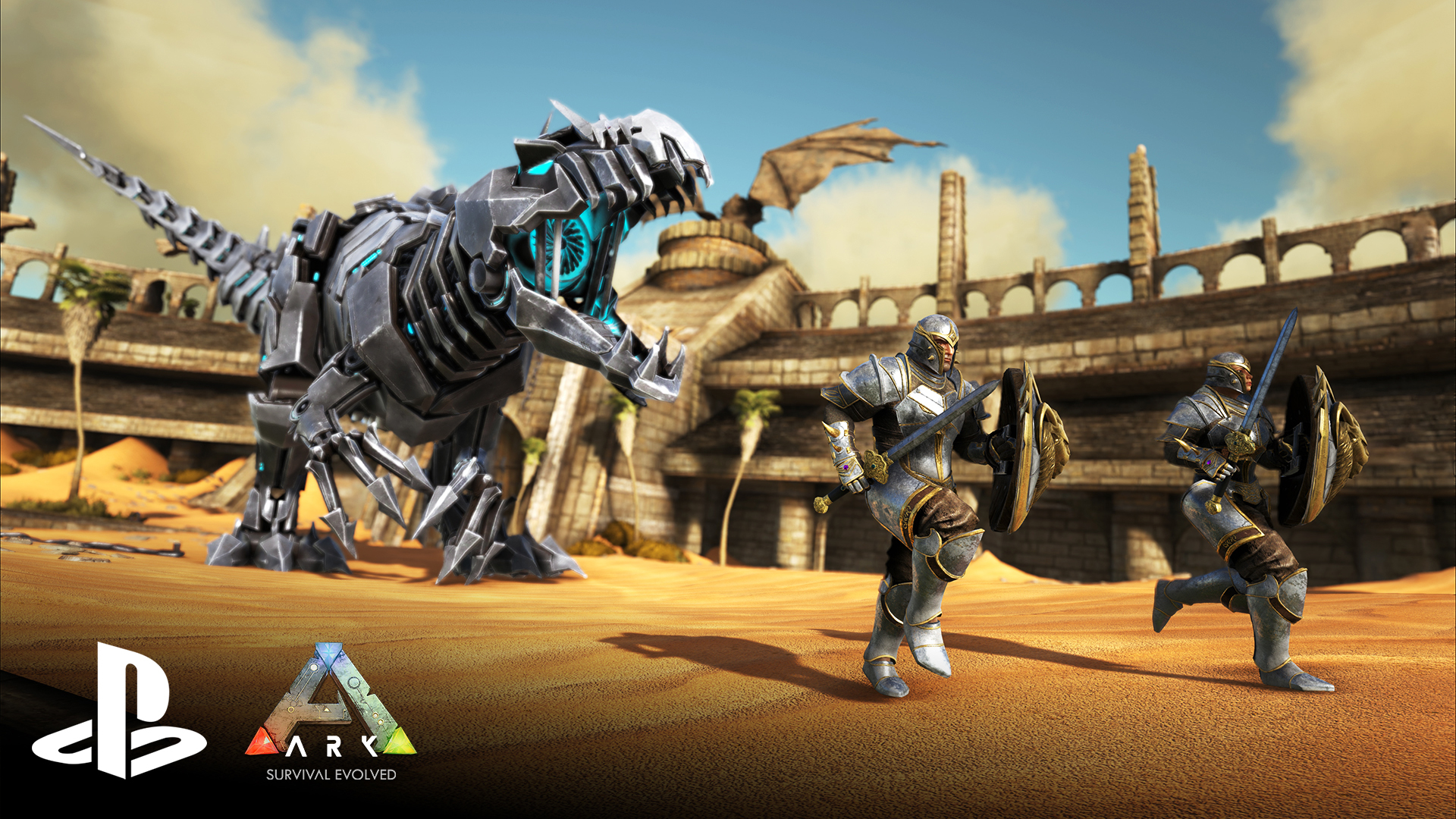 Studio Wildcard has finally brought the news that Playstation 4 owners have waited years for. Not only will ARK: Survival Evolved arrive on PS4 come December 6th, but its coming in a package deal including Scorched Earth as well!

Dubbed the ARK: Survivor’s Pack, PS4 owners can obtain the full shebang for $54.99 including exclusive Bionic Giganotosaurus skin plus an entire Manticore armor set for all male and female characters. PS4 ARK players will also receive a constant stream of major updates packed with new dinosaurs, weapons, armor, mechanics, and lifestyle improvements, until it releases as a final product in Spring 2017.