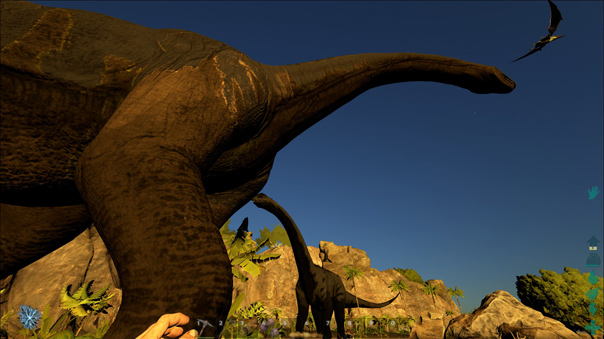 Ever since the rise of DayZ, we have seen an influx of survival games on PC. With games like Rust and H1Z1, it is now prime time for fans of survival games. Published and developed by Studio Wildcard (along with Instinct Games, Efecto Studios and Virtual Basement), ARK: Survival Evolved is a survival game taking place on an island called ARK. The game is still in its very early stages with the full release planned for June 2016 but there is already a lot of content available for players. With the gained popularity through word of mouth and popular twitch streamers, it is no surprise to see ARK: Survival Evolved selling over a million copies in less than a month, securing its spot at the top of Steam’s top sellers list. Read on for my first impressions on ARK: Survival Evolved.

On an island called ARK, you play as a stranded man or woman (coming soon) that starts out with nothing but their undergarments. You must hunt, harvest resources, fight, and do anything you have to in order to survive. The game can be played on a local server or online with each server storing separate survivors for each player. This means that you cannot carry over your character or items, and you are forced to stick to one server. There is functionality to import survivors but this is not officially supported for now. In the beta stages of the game, you can only change the proportions of your survivor but you cannot change the features such as hair and eyes. It is likely that additional customization options will become available as the game nears release.

Once you have created your survivor, you’re thrown into the game without any guide or objectives; the way you survive is up to you. You can choose to begin hunting right away, gather berries, break down trees, or simply explore. There are so many options available to players in ARK that it can be quite overwhelming at first. I personally began by gathering some berries for food and breaking down trees to build tools.

While you do have complete freedom when it comes to how you want to play, you cannot just craft everything from the beginning. Just having the resources is not enough for crafting, you must also have learned the crafting recipe. As you play the game, you gain experience points through almost all tasks such as gathering and fighting. After gaining sufficient experience and leveling up, players are able to increase their survivor’s stats such as health, increased weight limit, and stamina. Alongside these stats, you gain Engram points that can be used to unlock crafting recipes. 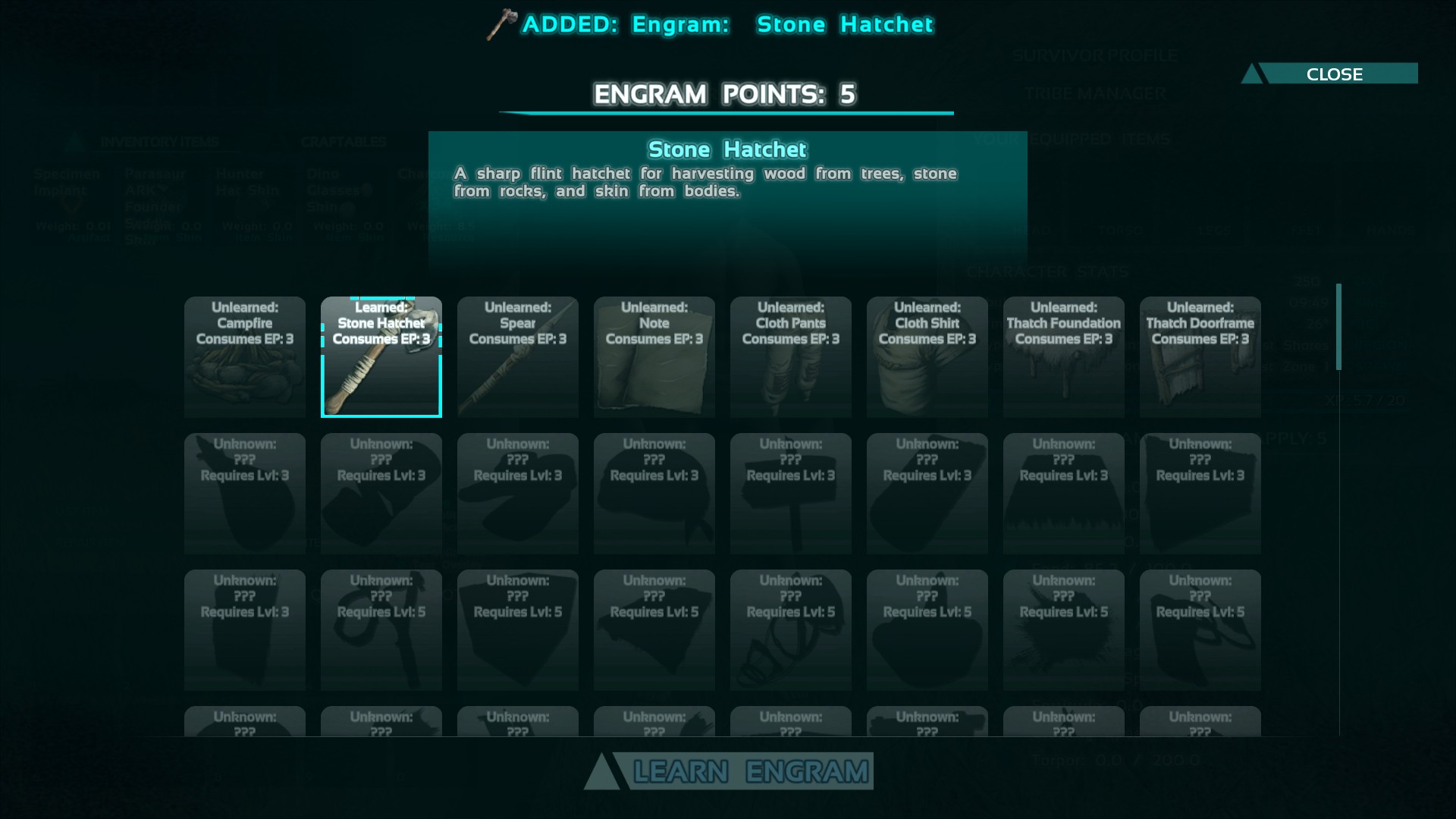 Even in beta, the crafting list is already extensive.

Having to unlock crafting recipes can be good or bad depending on who you ask. I don’t mind the leveling system too much as it somewhat guides new players rather than overwhelming them with hundreds of craftables from the get go. It can be a bit annoying being forced to level up again to unlock recipes when changing servers or after server wipes, but it is not a big deal. I’m sure we’ll see more servers with this limit removed as the game evolves and more mods get added.

So far, what we have seen are features you would expect to find in all survival games. You can explore, craft, and play at your own pace. However, dinosaurs are not something you expect to find in all survival games. Every time I run into a new dinosaur or prehistoric creature, I sit there and stare for a while. It might just be my love for dinosaurs, but the addition of dinosaurs is amazing for ARK. You can either hunt these dinosaurs or even tame them as your own. That’s right, you can tame dinosaurs! Once tamed, dinosaurs can act as your security, or mounts for battle or just to get around faster.

The taming process is quite straight forward. You simply knock out your target and feed it while it is unconscious. As the creature eats your food, it’s taming bar fills up. You must feed herbivores berries and carnivores meat. Depending on the type of creature, it can either be easy or very hard to tame. I suggest starting out by taming a small dodo bird for practice, they also make great pets. There are many types of dinosaurs and creatures available in the game with many more on the way. You can find big dinosaurs, small dinosaurs, fast dinosaurs, slow dinosaurs, and even airborne dinosaurs. 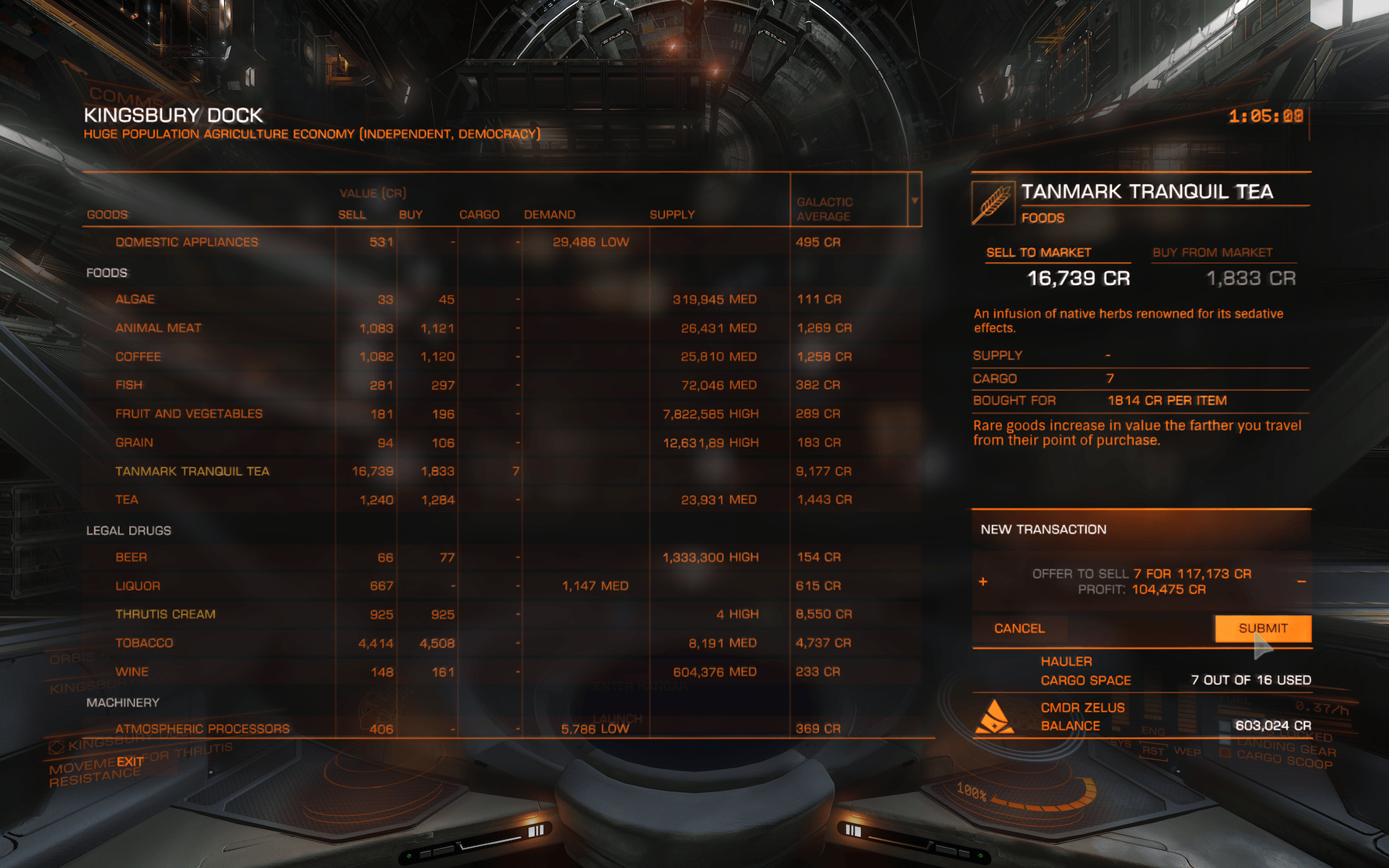 When I first started playing ARK, I was wandering around for a long time and always getting lost or killed. As you play the game more, you begin to learn the ins and outs of the island called ARK. While the creatures and resources can change, the layout of the island remains the same. There is no simple in game map system but you can craft GPS devices or compasses. You must survive and find your way around using landmarks. I recommend building your base near some recognizable area such as the beach side or high mountain. I can’t count the number of times I have gotten lost and had to restart or suicide for a respawn. The map can take quite some time to get used to.

This learning curve can be lowered by joining a Tribe (guild). I was lucky enough to find a nice group of people on an official server that showed me around, gave me some starter gear, and a place to stay. While your experience may vary, I found the community to be quite nice during my time spent playing ARK. I highly recommend playing this game with a group, whether they be random people or friends.

So far everything has been great but the game wouldn’t be in beta if there weren’t some problems. There is already a lot of content offered in ARK, but the game is not very optimized. Even on my relatively high end system, I was not able to max out the game and still achieve playable frame rates. I resorted to tweaking the game’s settings which greatly improved the game’s performance at the cost of visual appeal. I would choose higher frame rates over visuals any day; it is no fun playing a game at 20 frames per second.

The developers are hard at work and release a new patch every couple of days. They are now focused on optimizing the game in hopes of making it run better on all systems. While the game does look great at high settings, there is no reason that it should require high end PCs to play, even at low settings (Note: My definition of play means having a good frame rate). I hope to see improved performance and other bug fixes in the near future. My friend was unable to even start up the game but thanks to Steam’s refund feature, there is no reason for you to not try out the game. 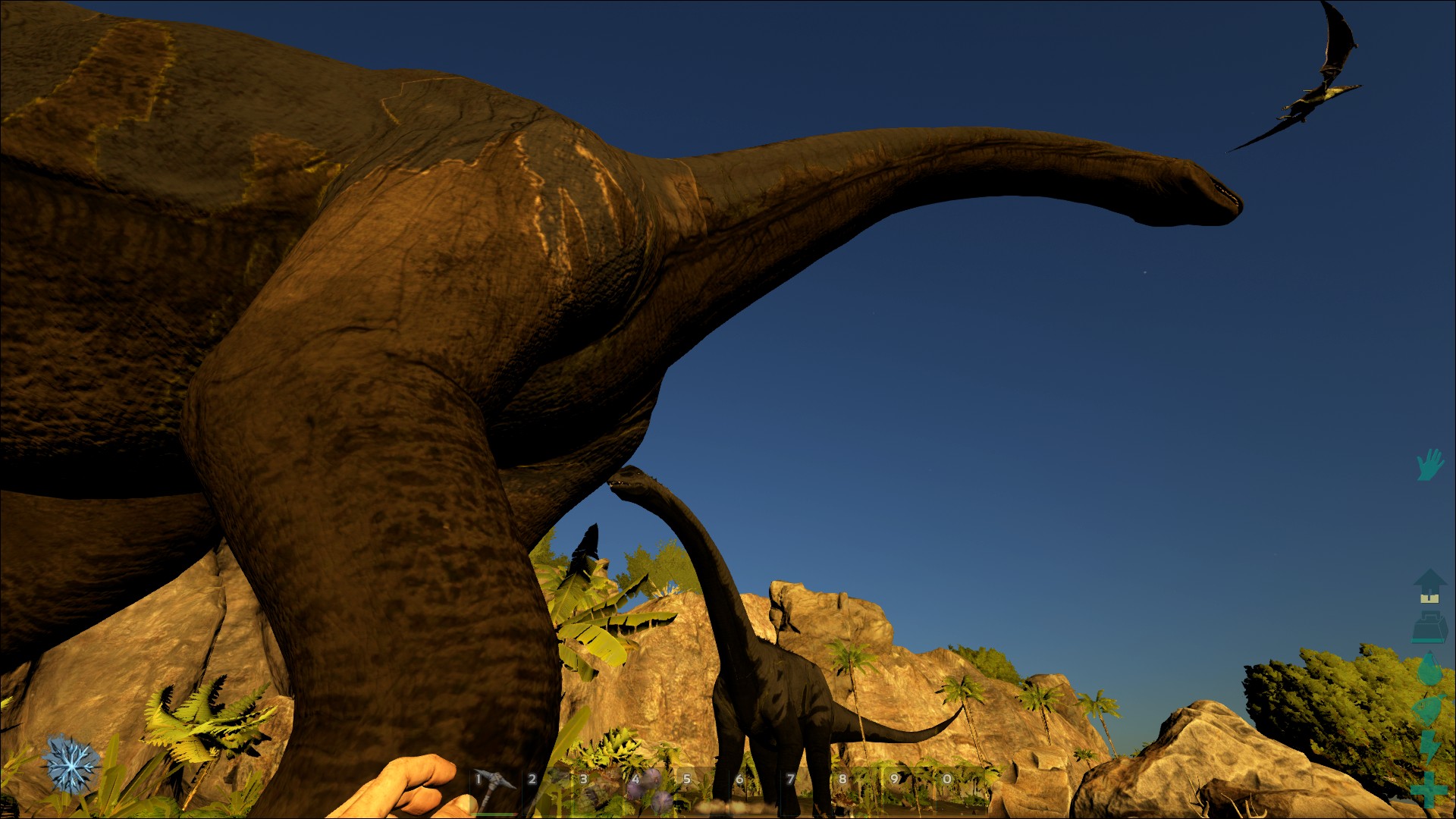 Just looking at dinosaurs can keep me entertained.

Conclusion: So Far So Good

In conclusion, ARK in its early stages is looking very very promising. I do not usually play these kinds of survival games (closest games I’ve played for over a hundred hours are Minecraft and Terraria), but I had a blast during my time spent on ARK. There is already 100s of hours of content available for players with much more on the way. With a game like ARK, the developers do not need to add much content. Your creativity alone can keep you playing for a long time. However, the developers are still hard at work to pump out all the tools your creativity needs to build a story all your own. I am personally looking forward to further optimizations so that when I try out the game once again down the road, with some friends once the game runs for them, I can play it with smooth frame rates AND great visuals.

There is a large following behind this game, including many mods already available on the Steam workshop. With so many invested in it, the game’s success is almost ensured. As long as the developers continue on the same path and do not push too many drastic changes, the future is looking bright for ARK: Survival Evolved. I highly recommend trying out this game even during the beta stages but if you have a weaker machine, I would wait for some more optimizations before jumping in to experience the game in its full glory.